Has Captain Kirk ever been to London?

Star Trek Into the Darkness has a poster shown below, featuring, someone whom I believe to be Captain Kirk on a mound of dirt and rubble. He's looking out over the London Cityscape (image below).

My first thought was 'What's he doing in london'? The plot is summarised on wikipedia as:

It seems as though the reboot will have some connection to London. In the original timeline, did Captain Kirk go to England/London before? 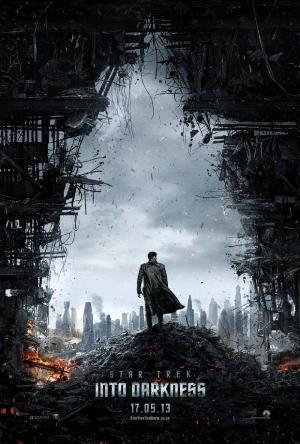 I've just been corrected on some points in the comments, but I want to clarify: I'm asking about "TOS or novels" not the new film!

The Kirk-era listings for London on Memory Alpha and Memory Beta include:

As I have not read any of the novels, I can't be certain - but I would guess the best bet to be First Frontier... In an alternate timeline, where London doesn't exist.

So no, I don't believe Shatner-Kirk has ever actually been to London.

9
Does Captain Kirk drink decaf?
14
Did Captain Kirk take advantage of Drusilla?
26
Was Star Trek's original Captain Kirk always fond of antiques?
16
Has any Starfleet Captain ever been Court Martialed for violating the Prime Directive?
5
Did Spock ever say "impressive, Captain"?
15
Could Captain Kirk have lived long enough to meet Picard?
2
Is there a TOS episode where Captain Kirk wears a red shirt?
7
Did Kirk ever send multiple landing parties?
21
Which Clark Gable movie did Edith Keeler want to see with Captain Kirk?