Japanese UFO movie with a mission to Venus

This has been a old live-action movie from Asia, most likely Japan. I've seen it some time in the late 80's and I think it's been black/white only.

The movie starts out in 1988 with pilot Koji Miyoshi's return to Japan in response to electromagnetic interference that is plaguing the world following a comet scare. Miyoshi is quickly reunited with old friends and acquaintances upon his arrival, although the reunion is cut short as UFOs began to appear all across America as the UN's Space Station Terra is also destroyed in orbit. This series of events prompts Miyoshi to meet with Masato Takigawa and request that the United Nations Space Forces' Gohten Project - construction of the UNSF Gohten, is completed. The request falls on deaf ears until the aliens from the distant planet of Yomi in Messier 13 who have been behind the recent disturbances bungle a plan to kidnap Takigawa, at which point work on the Gohten commences amongst global chaos from attacking Hell Fighter UFO's. Following a fierce battle at the Gohten’s base, the craft is finally launched as it makes its way to Venus, the suspected location of the invaders’ base of operations, to put an end to the alien threat. 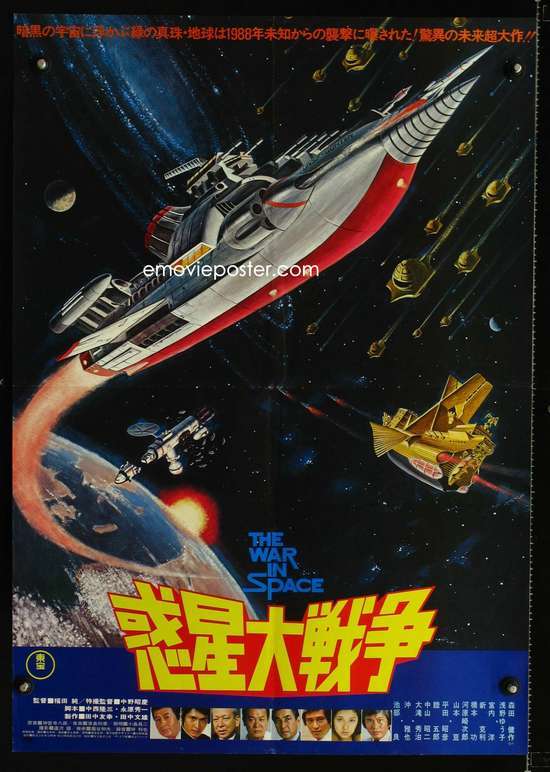 Not the answer you're looking for? Browse other questions tagged story-identification movie spaceship ufos or ask your own question.