Why was Babylon 5 stationed and built orbiting around Epsilon III?

Why was Babylon 5 stationed and built orbiting around Epsilon III?

In Star Trek Deep Space 9 Terok Nor was built and orbited over Bajor, which had a reason for doing so as the Cardassians had used it to manage the occupation.

But Babylon 5 just seems to be randomly built and stationed over a random planet.

Any reason for its position?

Yes, it was brought up in 1x18, A Voice in the Wilderness, Part 1, and hinted at in the voice-overs for Season 1 and Season 2 (bolding mine):

Jeffrey Sinclair: It was the dawn of the third age of mankind, ten years after the Earth/Minbari war. The Babylon Project was a dream given form. Its goal: to prevent another war by creating a place where humans and aliens could work out their differences peacefully. It's a port of call, home away from home for diplomats, hustlers, entrepreneurs, and wanderers. Humans and aliens wrapped in two million, five hundred thousand tons of spinning metal, all alone in the night. It can be a dangerous place, but it's our last best hope for peace. This is the story of the last of the Babylon stations. The year is 2258. The name of the place is Babylon 5.

John Sheridan: The Babylon Project was our last, best hope for peace. A self-contained world five miles long, located in neutral territory. A place of commerce and diplomacy for a quarter of a million humans and aliens. A shining beacon in space, all alone in the night. It was the dawn of the Third Age of Mankind… the year the Great War came upon us all. This is the story of the last of the Babylon stations. The year is 2259. The name of the place is Babylon 5.

A Voice in the Wilderness:

Susan Ivanova: We were told that the planet we're orbiting is stable, safe, and uninhabited. Now it appears to be none of those things.

Being in neutral territory and unaligned with any of the major powers (besides the Earth Alliance running it) makes it the perfect place for diplomatic negotiations to take place, since any wars should not involve the station.

Since I guess this question included, "Why not build the station in empty space?", here's a pretty good reason: 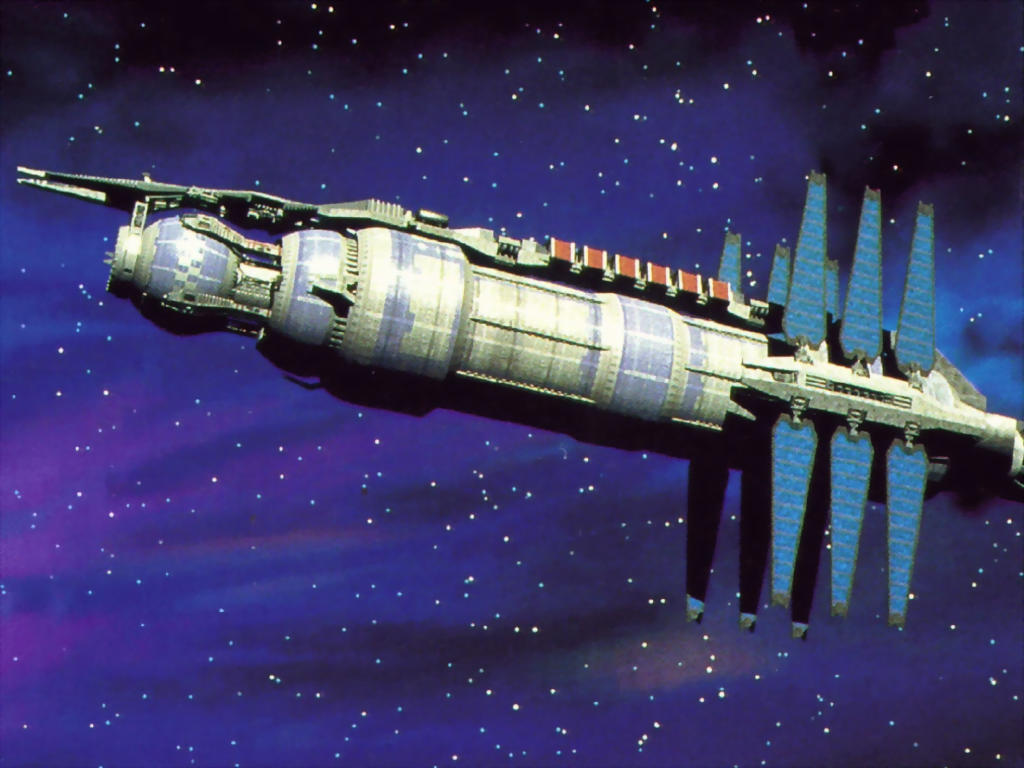 See those 12 blue "wings", 6 on each side? Those are solar panels. Babylon 5 gets a large chunk of its energy from the star that Epsilon III orbits, so it has to be close enough to the star to get a reasonable amount of energy.

EDIT 2: It looks like these were originally designed as solar panels, but prior to the show being created, JMS changed them to "heat dissipators", which I presume are similar to heat sinks. Heat sinks only work when there's something to transfer the heat to - such as a planet's atmosphere. However, this would require B5 to be partially in the atmosphere of Epsilon III, which we can be fairly sure it isn't - since most ships are not built for it, including most starfuries.

EDIT 3 (2017-10-16) - A piece of dialogue from the pilot movie, The Gathering: "(something something) for ambient heat energy from the solar collectors.", around 1:15 when they're scanning for the Changeling Net. The onscreen visual also says "Filtering Collector Heat", but does not highlight any part of the station.

Below was written on the belief that those are solar panels

(Which, IMO, still makes most sense as those "heat dissipators" aren't even near the fusion reactor seen at the end of 3x02)

Orbiting the star at that close range means it has to do one of the following:

Babylon 4, on the other hand, appears to have been of a rather different design: 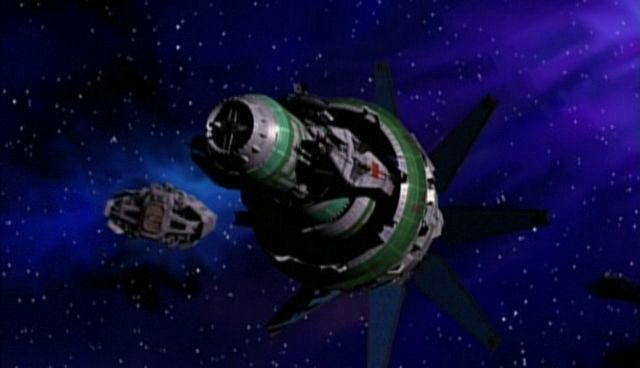 The solar panels all point in one direction. It was the largest and most expensive of the stations. And there doesn't appear to be a planet where it was.

It looks likely that Babylon 4 probably was meant to sit outside the orbit of any planet, and adjust its positioning as necessary. It also wasn't officially online yet, so it may not have been moved into optimal position, either.

But when it disappeared and work on Babylon 5 was started, it ended up the smallest and cheapest of all the stations, and probably had to be more efficient in its power usage - so, for reasons above, orbiting a planet was likely the best choice.

The Minbari actually had demands about the station(s), both in their design/functionality and the location. Remember, they have historical records such that they know one will be sent back in time to be used in the previous Shadow War. It's not implausible that Varn even had some way of communicating to the Minbari, or that Valen/Sinclair himself left instructions to that effect.

The Epsilon Eridani (ε Eridani) system, situated 10.5 light years from Sol, is located in a fairly central position between the galactic powers. The position makes it a perfect, albeit second, choice for the Babylon 5 space station.

If you look at a political map of space for Babylon 5, the Epsilon system is is an unclaimed region between all of the major empires. (except for the Vorlon, who travel through Mimbari space to reach B5) The different stations were each (to my knowledge) located at different places in this region. Babylon 5 just happened to be at Epsilon 3 because it had to be somewhere.

There is a case to be made for certain types of uninhabitated planets, in certain types of systems (stable systems, not binary or trinary systems which are the norm in space), with other considerations regarding hyper gate locations that would have narrowed down the list from hundreds of locations.

It's likely there were only a dozen ideal candidate locations for a station of this type, and it just happened to be located, unknowingly above an ancient super weapon that would later save the main characters multiple times. = ) TV Trophes = )

(records of Babylon 4s time traveling did not survive into the series' present, save for the letter that Delenn would receive from a time capsule of sorts, after the final Babylon 5 station was already in operation. (so it's unlikely that the Babylon 5 station locations were chosen by the Mimbari because time travel related reasons)

The original four Babylon stations had been built in this system as well, but after the sector 14 business with Babylon 4 vanishing, Babylon 5 was constructed a bit away in orbit around Epsilon 3, and did not have engines (unlike Babylon 4, and possibly unlike some of the prior versions were intended to).

As far as the system, location relative to major races.

12
Where did the daylight come from in the interior of Babylon 5?

23
When was Babylon 5 constructed, and how long did it take?
35
Who destroyed Babylon Stations 1-3 and why?
11
Wouldn't the Minbari recognize Babylon-4 as it was built?
20
Why do Vorlons live in special gaseous rooms in Babylon 5, given that Kosh can be seen walking around the station with ease?
7
Why didn't Londo Mollari have any children, given that he had 3 wives, was a great romantic and was Emperor in his later years?
15
Why didn't the Shadows ask the humans "What do you want?" on Babylon 5, given that other species were asked and humans were an important species?
6
Why did Sinclair and Ivanova, the two most senior officers, go to Epsilon III?
9
What is the origin of the Great Machine at Epsilon III in Babylon 5?