As a corollary to my other question I was wondering about this:

Once Quorra enters the real world does she become human or is she something else? i.e. Is she a living, breathing, human being with blood, sweat, and tears, is she some kind of human appearing 'alien', or is she a synthetic creation like a robot?

Flynn spoke about Quorra as a solution to all of the real world's problems.

Kevin Flynn: Yeah. The last ISO.
Sam Flynn: All this time, you were just protecting her.
Kevin Flynn: She's the miracle, man. Everything I ever worked for. "A digital frontier to reshape the human condition."
Sam Flynn: I always thought that was a plug line.
Kevin Flynn: In our world, she can change everything.

This leads me to the conclusion that she didn't rematerialize as a human. Or maybe she is the perfect human, with no flaws (ie such as maybe no genetic flaws, or perfect disease immunity or something). I don't think she is an android, if a program came through it would just try to complete its programming. Perhaps she is a new lifeform that takes on the shape of a human.

This is the same answer I gave to a similar question on Movies.SE.

My (very) speculative answer is that Quorra is indeed a flesh and blood human. The laser in the original Tron was capable of "digitizing" matter into information stored in memory while suspending atoms or molecules in the laser, and then reconstituting the object at a later time (see here for a brief description).

Since Flynn and Sam were both successfully digitized and reconstituted using this technology, it stands to reason that Flynn could "build" a human being from scratch given proper ingredients (e.g., ~ 140 lbs of atoms of the right type and proportions: C, H, O, N, etc.) + assembly instructions. The assembly part would be difficult to code to say the least, but perhaps Flynn could use a shortcut by borrowing assembly code from other humans that had been scanned in. 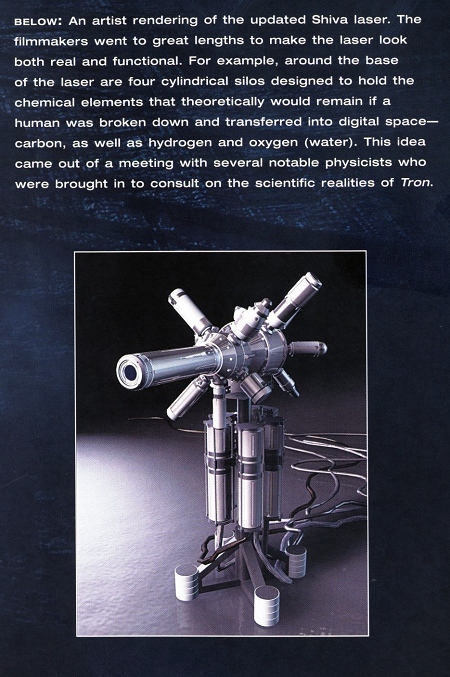 The Art of Tron: Legacy

In 'Legacy', it is clearly depicted that Humans [Users] when injured in the digital world, bleed what resembles blood -- instead of simply derezzing as the native programs do. This suggests the internal organs of Users are at least structurally reminiscent of their anatomy from the real world.

Quora is depicted, as having a digital DNA in her resuscitation/repair scene, which presumably is what marks her (and the ISO's) as being inherently different from the other programs.

This leads me to hypothesise that she is genetically prepared to survive digital manifestation through portal to the physical world. Which is why Flynn (the Elder) is so incredibly excited about the discovery of the ISO's

Does that mean she would bleed little fluorescent blue cubes in the real world?

I can't say, but I would hypothesise her internal structure in the real world would be akin to her digital self -- and vastly different from our own.

This brings up the question whether a Regular Program could be materialized in the real world.

CLU clearly thinks so -- because his whole world-domination plan hinges on the ability to bring an army of programs through the portal.

However it is never demonstrated in either of the films whether it is possible for a regular program to be materialized.

A human goes trough the "portal" to the grid and they, not being data, is "translated" into code. The same goes the other way around.

6
How can a program physically leave the Grid in Tron: Legacy?
5
If Quorra is injured in the physical world, will she bleed or derez?
7
How does Sam bleed?

7
In TRON: Legacy, how could Quorra help the human race?
1
How does Sam know Quorra is an ISO?