How did V gain access to the Fate super-computer?

In V for Vendetta (comic) how did V gain access to the Fate super-computer? Is it established at some point or is it something that is never explained?

It's not explained in either the film or the comic series. That said, there are some pretty big clues.

In Volume #8 we learn that he has his own console in his secret hideout, pretty much identical to the Chancellor's. 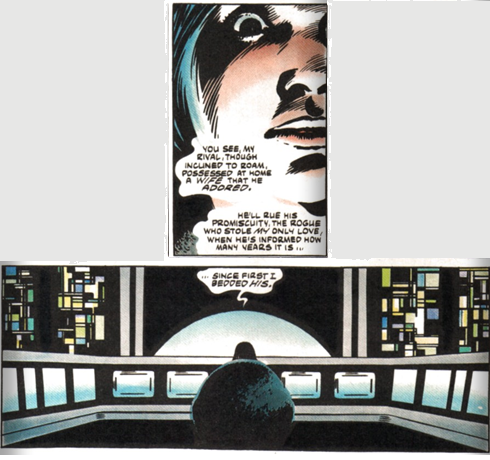 And in volume #3 Finch details the fact that in the intervening four years since V's escape he's clearly been a very busy boy, murdering 40+ people who were involved in the Larkhill detention camp as well as building himself a secret base of operations.

It's reasonable to assume that he procured access to the Fate computer from one (or more) of these victims in much the same way that he acquired and read the Doctor's personal journal when he broke into her flat.

I think that Alan Moore left that detail to the imagination of the reader. The only thing we have for sure is that V's skills exceeded those of normal people, due maybe to his own nature and/or the experiments he was subject to.

I myself have a pet theory that V's past life was as the chief designer of the Fate computer, which made him a witness to the regime's best-kept secret- and thus a large loose end that required tying.

Assuming this was the case, it explains why he was sent to Larkhill (to deny all knowledge of Fate's workings to Norsefire's enemies), and his selection for experimental hormonal testing (to observe the effects of Batch 5, their most potent compound, on an exceptionally intelligent subject).

This may also explain why none of the camp's officers ever refer to his real name, as his sensitive status would prompt higher-ups to withhold his identity and background for obvious reasons. Indeed, the attempt to cover up his existence could have contributed to the destruction of camp records, ensuring that Fate was an enigma even to future Leaders.

Therefore, Norsefire's fate was sealed the moment V strolled out of the camp gates. Not only had it unshackled a colossal intellect and gifted it a demigod's body, it had hidden its past too well and produced an entire generation that knew next to nothing about the infrastructure that kept it fed and organized. Just enough, as was probably intended, to revere its power and unquestioningly accept its authority as an extension of the Leader's own. Susan himself takes his veneration of Fate to the logical extreme, deifying it as a metal Goddess beyond the comprehension of mere flesh.

It is no wonder, then, that V was able to easily exploit the system he himself created, and used it both to leech everything he needed off the government (including enough funds to construct a supercomputer of his own!) and conduct his symphony of rebellion, guiding its disparate themes to a climax ignited by Rosemary's revolver (herself a carefully woven melody in V's magnum opus). Manipulation on a country-wide scale would require a supreme level of clearance beyond the reach of coercion or theft, further supporting the hypothesis of V being the true master of Fate.

Norsefire, like countless other autocracies before it, had appointed its executioners long before it stood on its own scaffold. However, never before in the history of man perhaps was the executioner so well acquainted with the condemned, nor so ironically appropriate: the Ubermensch devouring his greatest devotee, Fascism.

Not the answer you're looking for? Browse other questions tagged comics v-for-vendetta or ask your own question.

2
How did V get the financial resources to buy the the masks and deliver them without raising suspicion?

33
Symbolism of characters at the end of V for Vendetta?
8
In Flashpoint Paradox, how did Flash saving his mother cause multiple unrelated changes in the timeline?
1
How did the Marauders know about Hope in the Messiah Complex?
10
Looking for the comic book where Spider-Man was [mistakenly] addressed as Super-Man
1
How did Green Arrow find and access Prometheus' lair?
2
How did V get the financial resources to buy the the masks and deliver them without raising suspicion?
8
1960s comic book/graphic novel-type format maybe: Boxer takes too many weight-gain pills and sinks underground?
9
What is super-karate in DC comics?