How did the Andorians exit the Delphic Expanse?

As far as I know, the Andorians didn't have a technology like the Xindi's subspace vortex travel. How did they cross the thermobaric cloud barrier without it?

The thermobaric cloud barrier surrounding the Delphic Expanse was dangerous but it was not the greatest danger in this region of space. 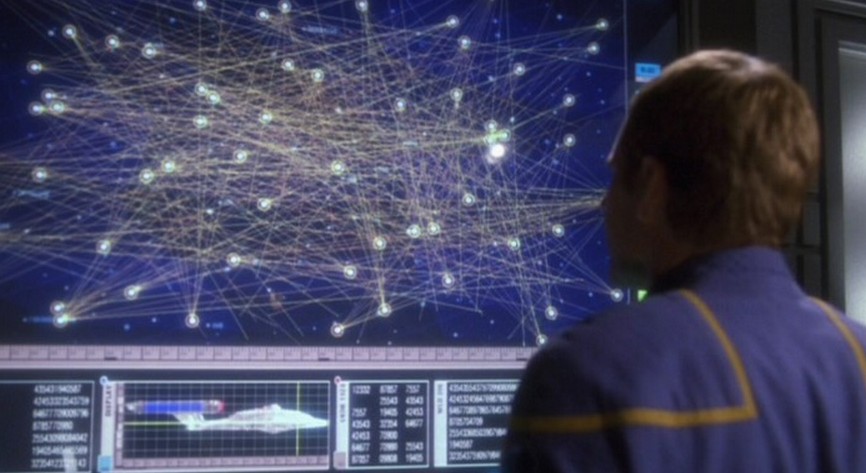 A map of the sphere generators creating the anomaly field of the Delphic Expanse. These spheres were created by the ingeniously named Sphere Builders. Each sphere generated a gravimetric field distorting subspace and were individually cloaked.

he followed them through the vortex

He said he was able to track them, that's assuming he meant through the vortex, of course.

Not the answer you're looking for? Browse other questions tagged star-trek star-trek-enterprise andorian or ask your own question.

1
How did Xindi contact trans-dimensional beings?
8
Why did Shran call Archer “Pink Skin”?
7
How did the Sphere Builders build the Spheres?
6
Did the Andorians evolve on their homeworld?
3
What are the gauntlets joined by a cable used in Ushaan called?
5
By what factor does Xindi's subspace vortex tech shorten the distance?
12
When was the Verteron Array built exactly and why wasn't it used against the Xindi when they were about to destroy earth?
6
Why do we see so few Andorians or Tellarites serving in Starfleet or aboard starships?
5
Where is the Delphic Expanse?
6
How did Klaang ended up on Earth?