If the Puppeteer worlds are traveling near light-speed, shouldn't their time be dilated?

If it were, the time that Louis Wu spent there would have seemed very short, but would have actually been years. Was this ever addressed?

Well, it really depends on how long he was there, and the exact speed of the Fleet. Time dilation increases way faster as you approach the speed of light. 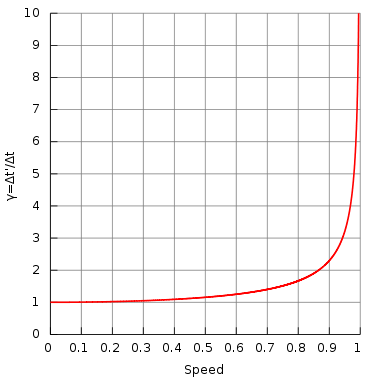 Even if the Fleet was travelling at 0.9999c, staying there for one day would only mean 70 days to the outside world, which is a difference small enough to be ignored. At slower speeds the differences get meaningless pretty fast. They just took a short walk across a few stepping discs and spent some time discussing with Chiron. I think one day is a very generous upper bound on that.

Of course, if they were going just slightly faster than that, the differences would be more much pronounceable.

Remember, from the Fleet's point of view, the rest of the galaxy is what's moving and experiencing time dilation. The impossibility of reconciling these two points of view when someone visits the Fleet in a hyperdrive ship is basically the reason why ftl travel isn't actually possible. So if you're on Earth, the puppeteers appear to experience about 0.6 days for every day that you experience (the Fleet is travelling at 0.8c), but if you're with the Fleet, then Earth experiences 0.6 days for every day that you experience.

Not the answer you're looking for? Browse other questions tagged larry-niven ringworld known-space or ask your own question.

11
How close was the Puppeteer's homeworld to the Ringworld?

17
Instability of Niven's ringworld
21
Puppeteers' homeworld heat a major problem?
20
Who is the Hindmost in the Ringworld sequels?
28
What actually happens to ships using hyperdrive in gravity wells?
19
Is there a Known Space story about a field that catalyzes combustion?
5
Do the Gw'oth know that the galaxy is exploding?
4
What did Peace Corben do to the Puppeteers?
8
Why did the Ringworld Engineers use flatten map as a way of forming maps of worlds?
5
How does Bram's explanation of hyperdrive problems square with “Borderlands of Sol”?