I have been searching for this for a few weeks and I am hoping that you guys can help me out.

I know that what I watched was a movie I am not sure if the story was self contained within the story or if it was a movie of a series like they did with Patlabor. I am going to guess that the movie was mid 80s to early 90s. The movie starts with a motorcycle cop getting in trouble for something I am not sure what exactly for but he ends up getting transferred to a special division of the police department. He is one of three people chosen to work with robot counterparts. His robot partners name was Blades I am pretty sure his colour scheme was blue and white and he shot hand cuffs out of his arms.

As for the story of the movie I am a little more fuzzy on that. What I do remember about it is someone puts a computer virus type device into a new 1994 tank because they are trying to steal it. The tank then goes rampaging through the city. Someone finally gets inside the tank removes the control pad but by then it is too late and the madness continues. I also remember the tank being able to do anything, it had inflatable sides to drive through water and lasers and missiles.

Also, the female officers robot was pink and had tentacle like devices that she used to hack computers. The other robot was green and it was always trying to figure out how to properly use the wrist exercising device.

Any help would be greatly appreciated.

This sounds like it's Techno Police 21C, originally released in 1982. 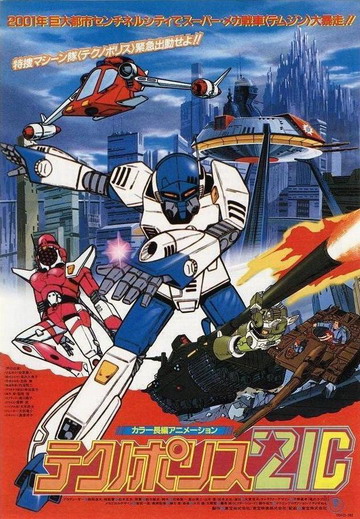 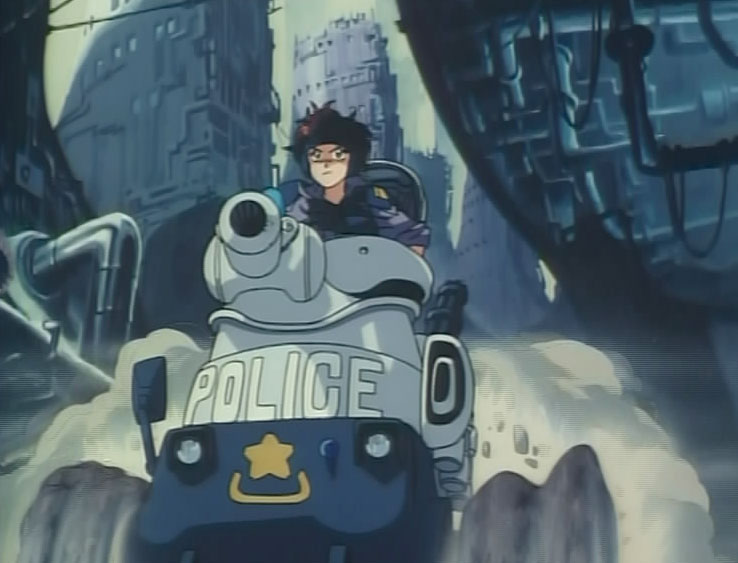 3
Part-machine scavenger with a red eye trying to save a girl from a tank with spikes and saws
9
Sci-Fi/Horror movie possessing robot with long neck
11
Robot tank run amok, its trainer trapped in cave on the Moon
59
Movie about a boy, two men, a robot and a war
11
A short story telling about some adults receiving motherly care from a robot
20
Animated movie about a giant metal robot that comes to Earth and befriends a boy
8
Anime movie boy finds old giant war robot buried in side of cliff
8
Old cartoon with a red? robot in a desert and a girl