Why did flagship starships all get the name Enterprise?

What's the in-universe history behind this naming? 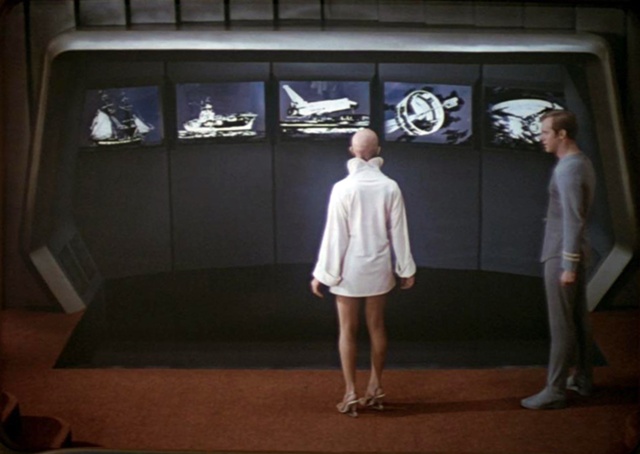 And from Enterprise history on Memory Alpha:

Not in the above, but featured in the opening sequence of Star Trek: Enterprise:

Additionally, I'm fairly certain Captain Archer had a similar scene as the above, where he explains the history of the name "Enterprise" to Commander Shran. I don't recall which episode, though..

George Kirk, Kirk's father, convinced his friend and Captain Robert April that the appropriate name for the ship was the Enterprise after so many famous ships in history. The novel is Final Frontier from Diane Carey published in 1988. The ship was experimental and they were to secretly take her out to test her systems.

Often time the name Enterprise is given to the first or second vessel of a line, or a vessel involved in exploration. As such they are often the most advanced vessel in a fleet technologically or design wise. Even the word Enterprise has connotations of difficult undertakings, taking on new ventures, initiative, leading the way.

Also Flagship does not only refer to the best or most important ship in a fleet, but the ship that carries the commander of a fleet or subdivision of a fleet. As such the Defiant served as the flagship of the second fleet on occasion. In the movie First Contact, the Entrprise-E is not the flagship, but the unnamed vessel of Admiral Hayes. Once it is destroyed Picard takes command of the fleet.

Also, as far as I can find searching the transcripts the only time the Enterprise is referred to as a "flagship" in The original series era is the reboot. The word flagship is mentioned in TOS in the Balance of Terror and Enterprise Incident referencing Romulan Flagships, and the Corbomite Maneuver in reference to the Fesarius. (If I have missed something from the TOS era comment on it and I will remove this section)

Here are some historical examples culled from wikipedia:

According to a primary source - the United States Navy - "the first ship of the new Continental Navy was named Alfred in honor of Alfred the Great, the king of Wessex." ( http://www.history.navy.mil/faqs/faq63-1.htm )

The Enterprise was the first US ship ever created. There is therefore a tradition that at all times in the US fleet a ship named Enterprise. I'd surmise that the original ship was named after this tradition, and then Starfleet made a tradition like the US's tradition.

So, the Enterprise was actually the SECOND ship of its class. The first ship of its class was... the NCC-1700 Constitution, of course. The NCC-1701-A was actually the NCC-1798 Ti-Ho, a refitted Constitution-class starship which was a testbed for transwarp technology alongside the USS Excelsior. After Kirk was exonerated, it was given a new name and number. The NCC-1701-B, NCC-1701-C, NCC-1701-D, and NCC-1701-E were Excelsior-class, Ambassador-class, Galaxy-class, and Sovereign-class. So, in every case (except for the NX-01), the Enterprise was NOT the first ship of its class.

Thought I'd better point that out, for anyone who thought that the Enterprise had some sort of special importance from being the "first of its class" or any such nonsense.

66
How many different Enterprises were there?
13
Is there a canon explanation for the NASA Space Shuttle Enterprise name?

18
What's the full-form & significance of USS & ISS prefixes in name of Star Trek starships?
18
What was the purpose of adding red backlights in USS Enterprise?
18
Was NX-01 not a Federation ship?
11
Why does the model ship in Picard's ready room change?
13
Is there any out-of-universe meaning to starship registry numbers?
13
Is there a canon explanation for the NASA Space Shuttle Enterprise name?
23
Do Klingons refer to their battleships as "she"?
17
How many times has the Enterprise been destroyed?
9
For how many years has Picard been the commanding officer of a spaceship?
11
Why did they change the registry number of USS Discovery?