Ask Question
Asked 7 years, 1 month ago
Active 1 year, 1 month ago
Viewed 576 times
3
This question already has answers here:
Can anyone help me identify a story about kids with silver blood? (2 answers)
Closed 3 years ago.

I'm looking for a short YA series of books about a number of kids with superpowers. Each book focuses on one kid, who at the end meets the other surviving kids and joins them. They are all on the run from a race of supernatural beings, possibly aliens. The mood of the series was somewhat dark, and some of the kids may have died throughout the series.

The most memorable thing I remember was that the antagonists wear sunglasses hiding eyes that seem like dark metallic tunnels, but they otherwise look like normal people. The superpowered kids all had golden blood as well, if I remember correctly. Any ideas?

Mindwarp by Chris Archer is 10 books long. Here's the series on GoodReads.com. Neither the series nor the author appear to be on Wikipedia.

As the legend goes, an alien landed in the cornfields of Metier, Wisconsin. After a short while most of the aliens left. But others assimilated and cross-bred with humans. These children have lived ordinary lives--until now. At age 13, these offspring will manifest their alien powers . . . and have been targeted for termination. In "Alien Terror", Ethan Rogers used to be a wimp. But suddenly he knows martial arts, wrestling moves, combat skills and even weaponry. He'd think it was pretty cool--if he wasn't running for his life.

Here's two of the more distinctive covers, from that page. All the silver-colored parts are done in foil: 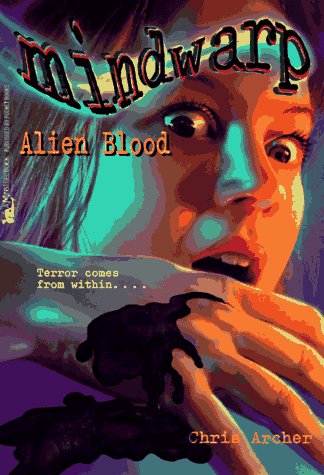 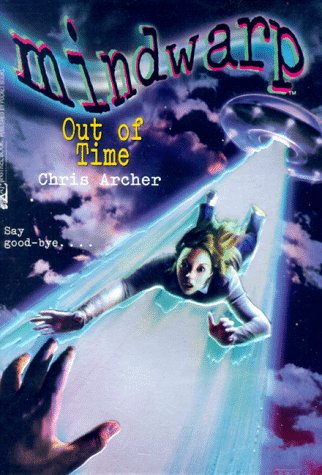 (And bleh, these images are extremely low-quality and with bad color depth...)

10
Can anyone help me identify a story about kids with silver blood?

6
Book series with a cover of a girl with unusual eyes, who receives a crystal ball
13
Young adult book about 5 girls with superpowers
7
Book involving Alien Invasion, enslavement of human race
4
What was that movie? (Creepy children edition)
5
Looking for a book about dog rescued from scientists, then kids get superpowers with red eyes
6
Story about teens with superpowers in a school