Were the NX-01 or any other major elements of Enterprise referenced in an earlier series?

With the obvious exception (for the most part) of the 2012 film, Star Trek movies and TV series generally stay pretty true to canon in terms of in-universe history. So I began to wonder, as I'm now watching through the Enterprise series, if any of the people, places, or things from the prequel series were ever talked about in earlier works?

Was there ever mention of Jonathan Archer, the NX-01, a Temporal Cold War, or any other foundational elements of the Enterprise series before that series was produced? Or were all these pieces covered solely within the Enterprise timeline?

NOTE: I'm not looking for any crossover episodes where Enterprise just happens to cover some well-known element of Star Trek universe history. I'm looking for anything to show that the Star Trek universe had historical information about core series components like the NX-01, Jonathan Archer, et. al. before Enterprise was created - something that shows, for example, that "Jonathan Archer" wasn't just pulled from a hat when the creators were looking to name the captain of Starfleet's first Enterprise.

This is so obscure that I cannot recall the episode, but I did a double-take when I heard it:

Captain Picard had an upcoming meeting with the Xindi ambassador. I don't think there was any additional information.

It seems that at some point during/just before TNG, the Xindi solved their problems (See: All of ENT Season 3) and were now opening up relations with Starfleet and the Federation.

While I believe I later found out it was spelled "Xendi" in the script, Picard's pronunciation was near-identical to the Xindi of the Enterprise series.

NX-01 never appeared in any other series before it. While the 2009 reboot movie and Star Trek Beyond later referenced Enterprise-era events, before the series "Star Trek: Enterprise" the NX-01 did not exist.

There's an episode of Voyager ("Hope and Fear") where they use the NX-01A marking for the USS Dauntless. There's no other mention of this designation being used for other ships. Other than this, the NX-01 designation has never been referenced in any of the previous shows. There are references to "Archer" in various forms (planet names, ships, etc). But no mention of Jonathan Archer or any of the events that took place in the Enterprise series.

If you watch TNG's Yesterday's Enterprise episode, they are heading to Archer-4.

There are several references retconned into the events of Enterprise from TNG and the films, notably the appearance of the planet 'Archer IV', originally mentioned in the TNG episode "Yesterday's Enterprise" as the site of a site of a "radiation anomaly" that turned out to be a temporal rift. The planet is also seen in the background of the 'Stellar Cartography' sequence in "Star Trek : Generations"

The planet forms the backdrop in Enterprise episodes "Strange New World" and "Home" as the first planet chosen by Captain Jonathan Archer for a survey mission. 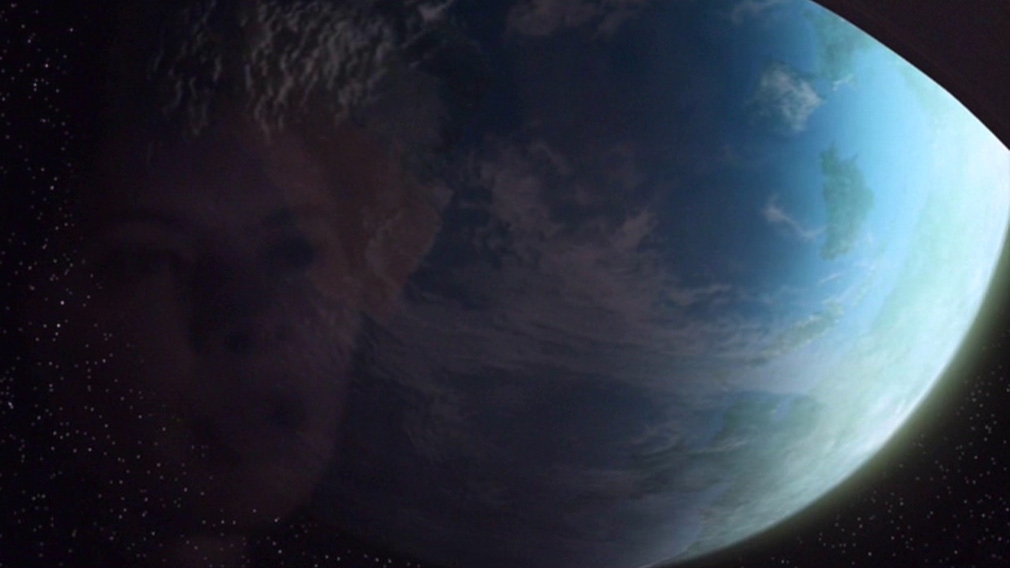 We also see a USS Archer mentioned in the film 'Star Trek : Nemesis'

Additionally, a major arc of the 4th Season of Enterprise (notably episodes "Affliction" and "Divergence") dealt with retconning the differing appearance of Klingons in TNG from their appearance in TOS (lampshaded and then averted by Worf in DS9 "Trouble with Tribbles" who simply says

"We do not discuss it with outsiders"

by having them take 'augmented' DNA from humans and combine it with their own in an attempt to enhance themselves. The end result was a mutation of a highly-contagious virus that caused massive changes in physical appearance. Phlox comments that

PHLOX: In the future, it may be possible to reverse the cosmetic effects.

Jonathan Archer, NX-01 and the Temporal cold war are all products of the Enterprise series, and not previously referenced on any earlier made Star Trek Television series. It is worth noting however, that other elements of Enterprise are based on earlier series / stories. Mentions of Zephrim Cochrane, the Andorians, the War with the Romulans (which according to cannon was fought with nuclear weapons, though that seems not to be the case in Enterprise) et cetera.

Only when Diana Troi informs Zefram Cochran "that's our ship, the Enterprise" does the name Enterprise linger in Cochran's mind over the years & influences the name of the NX-01 to be so named in favour of the slightly alternate timeline prior to Star Trek First Contact.

The aircraft carrier USS Enterprise that was seen in the movie Star Trek IV - The Voyage Home is present in the Enterprise D briefing room, that is not a federation ship. Also the NX-01 is not present, only the original Constitustion class, the Enterprise B Excelsior class, Enterprice C Ambasador class & the Enterprise D Galaxy class. No crude NX-01 Enterprise is visible I'm afraid.

Here is a link to a discussion at the Ex Astris Scientia website.

Naturally the Enterprise NX-01 is not in any of them. But since none of them are all inclusive of space vessels named Enterprise it is quite possible that it was left out because it was Earth Starfleet instead of Federation Starfleet and/or was not as distinctive in appearance as other sea and space vessels.

So no it has not been seen or mentioned but the absence of evidence is not necessarily evidence of absence.

The NX 01 does not appear in any of the conference room models, the loop is that it is technically NOT a federation vessel since the federation is yet to be created. It is however a Starfleet vessel.

The Enterprise D and E have gold models of NX-01 in the meeting room! Its there! Very crude in D but fits the form, Enterprise E is an exact

1
Was the “Enterprise” Enterprise ever mentioned in Star Trek TOS?

28
How does the 2009 Star Trek film mesh with Enterprise canon?
18
What's the full-form & significance of USS & ISS prefixes in name of Star Trek starships?
9
Were There Any Real Green Orion Women in Trek Before the Series “Enterprise”?
12
Why aren't the Xindi referred to anywhere other than Enterprise?
29
Are the events of Enterprise considered canon?
6
Who were the aliens in the “Star Trek: Enterprise” episode “Silent Enemy” (S01E11)?
13
Does James T Kirk know about Jonathan Archer?
33
What is the purpose of the Enterprise tail fin?