Is there any use of Claytronics in Star Wars lore?

Are Claytronics, Catoms or Programmable Matter featured or mentioned in any canon expanded universe source? I have found no references to them in Wookieepedia. 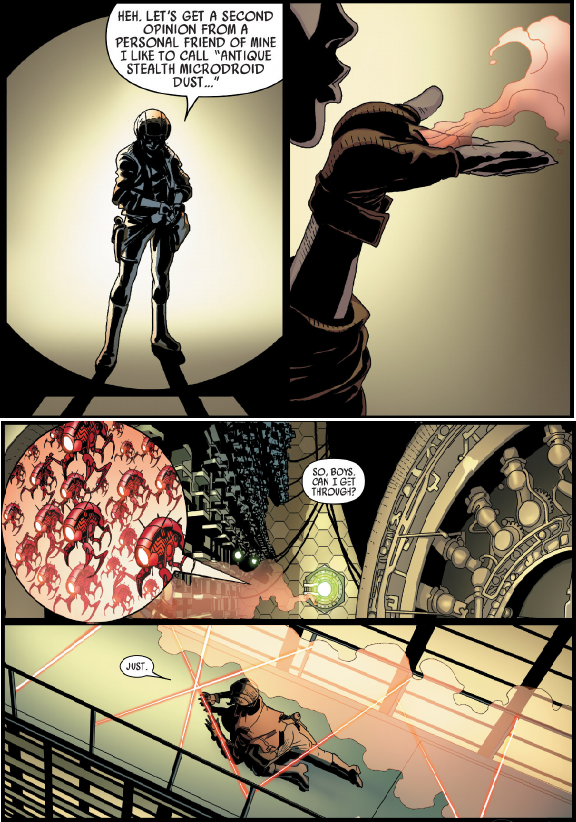 I've searched through the 250(ish) books that form the Star Wars EU and I can find no reference to the terms "Claytronics", "Programmable matter" or "Catoms".

There are some slight glancing references to nanotech in various Elizabeth Hand novels ("Hunted", "A New Threat", "Pursuit"), "Rule of Two" by Drew Karpyshyn "The Swarm War" and "The Unseen Queen" by Troy Denning and "Hard Contact" and "True Colours" by Karen Traviss.

Nanotechnology seems to mainly find use in slavery devices, bio-weaponry (nanoviruses), illegal medical devices, biological computing and forced terraforming. Whenever it's mentioned in the EU canon, there seems to be an underlying sense of wrongness either because it's a very alien form of technology (e.g. almost exclusively used outside the core worlds of the Galactic Republic) or because of the grey goo threat.

29
What happens to someone who destroys a Star Wars Droid?
46
When did the Sith enter the Star Wars canon?
13
Aside from the Force, is there magic in Star Wars?
9
Are there any Extended Universe references in “Star Wars Episode VII: The Force Awakens?”
12
Origin of droid names in Star Wars
6
Why fifteen stars on the 'Star Wars' New Republic Insignia?
7
Is there any evidence in Canon for how long specific hyperspace trips actually take in the Star Wars galaxy?