When Kitty Pryde was introduced in Uncanny X-Men 129, she was described as being 13 years old. In Uncanny X-Men 141, we are shown a grown up Katherine Pryde - specifically in the year 2013. We are not explicitly told her age, but she is visibly older - arguably 30 years older than her then-current 13 year old self. 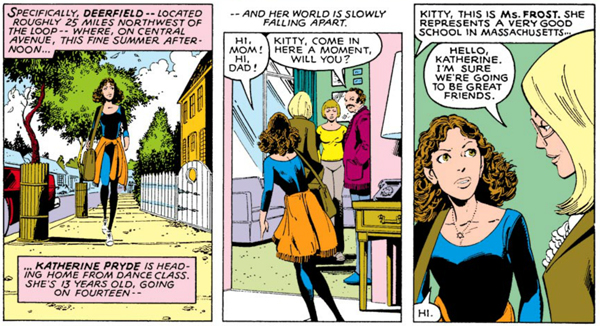 Comics, in general, use a sliding time scale where time only really passes as necessary - or to make important relevant links to reality (e.g.: The Amazing Spider-Man #36). This, of course, creates some continuity issues (Archived link) although we have now caught up with the year of The Days Of Future Past, none of the characters depicted have visibly aged nearly as much as the story showed us. 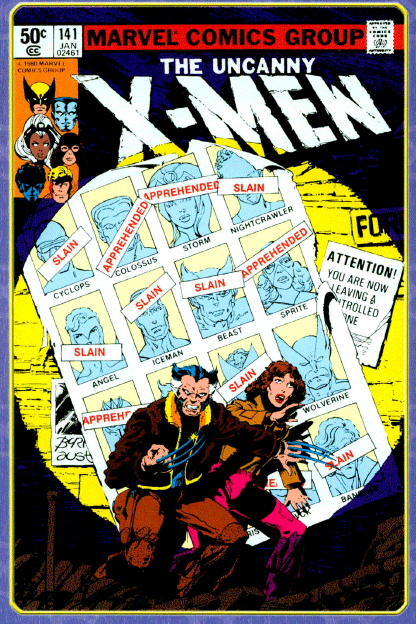 In Earth-616, Kitty has grown up and graduated college (though being a genius means this probably happened at an accelerated rate). She has graduated from the X-Men, joined Excalibur and returned back to the X-Men (repeatedly). From the very beginning there was a love interest between Kitty and Piotr Rasputin (Colossus), but editors didn't approve of a 14 and 19 year old in a relationship (Archived link). They have since both grown up and consummated that relationship. 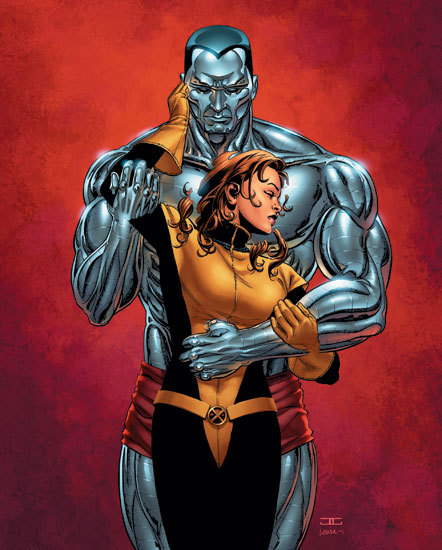 Despite there being a lot of attention being paid to her age early on, there does not seem to be many clues to Kitty's current age. Are there any other indications of how old Kitty is in Earth-616?

The question seems simple enough, how old is she? That simply asks how many earth-years have passed since she was born. As you stated, she was 13-1/2 in 1980 at her first appearance. That was 33 years before 2013.

There are allegedly two time skips affecting her timeline: Claremont 2000 time skip, and the Secret Wars 2015 time skip. This would subtract 2 years from her age.

As to how old she appears, Marvel specifically warns that the sliding time scale is a matter of interpretation, and there are parts of the scale that just don't work when applied to the most minuscule detail.

Likewise, because the time scale calendar has its origin at the Fantastic Four's space flight in FF#1, we do not know exactly when any birthdays or anniversaries are - The date of the space flight is not known.

Most importantly, when you see irregularities, they can be interpreted at the whim of the reader. That is the official stance of Marvel.

Not the answer you're looking for? Browse other questions tagged marvel x-men age or ask your own question.