What happens when you touch the Tesseract / Cosmic Cube?

It seems confusing what actually happens when you touch the Tesseract. Whenever it has been seen in a Marvel movie, it's either being handled with prongs, contained in some form of a box or carried in a transport capsule probably developed by the Asgardian's.

However, in the ending scenes of Captain America - The First Avenger,

Red Skull touches it with his bare hands and he gets teleported after touching it.

But in the opening scenes of The Avengers,

Nick Fury picks it up and puts it in a briefcase without any harm.

Is there a certain reaction from touching the Tesseract?

This question has an inherent flaw: It confuses two particular pieces of Marvel lore from two different media and makes the assumption they are the same device. The Cosmic Cube and the Tesseract device are two completely different devices.

Both devices in their respective universes have been associated with the Red Skull and the mad god Thanos in their quests for power. 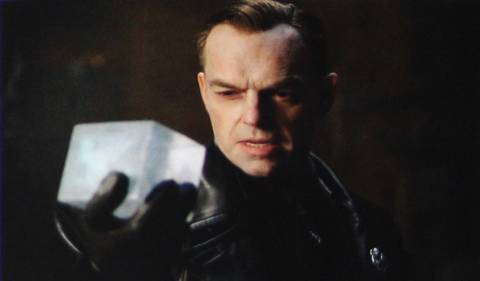 The Cosmic Cube - is the name of a fictional object that appears in the Marvel Universe. The concept was created by Stan Lee and Jack Kirby and first appeared in Tales of Suspense #79 (July 1966) 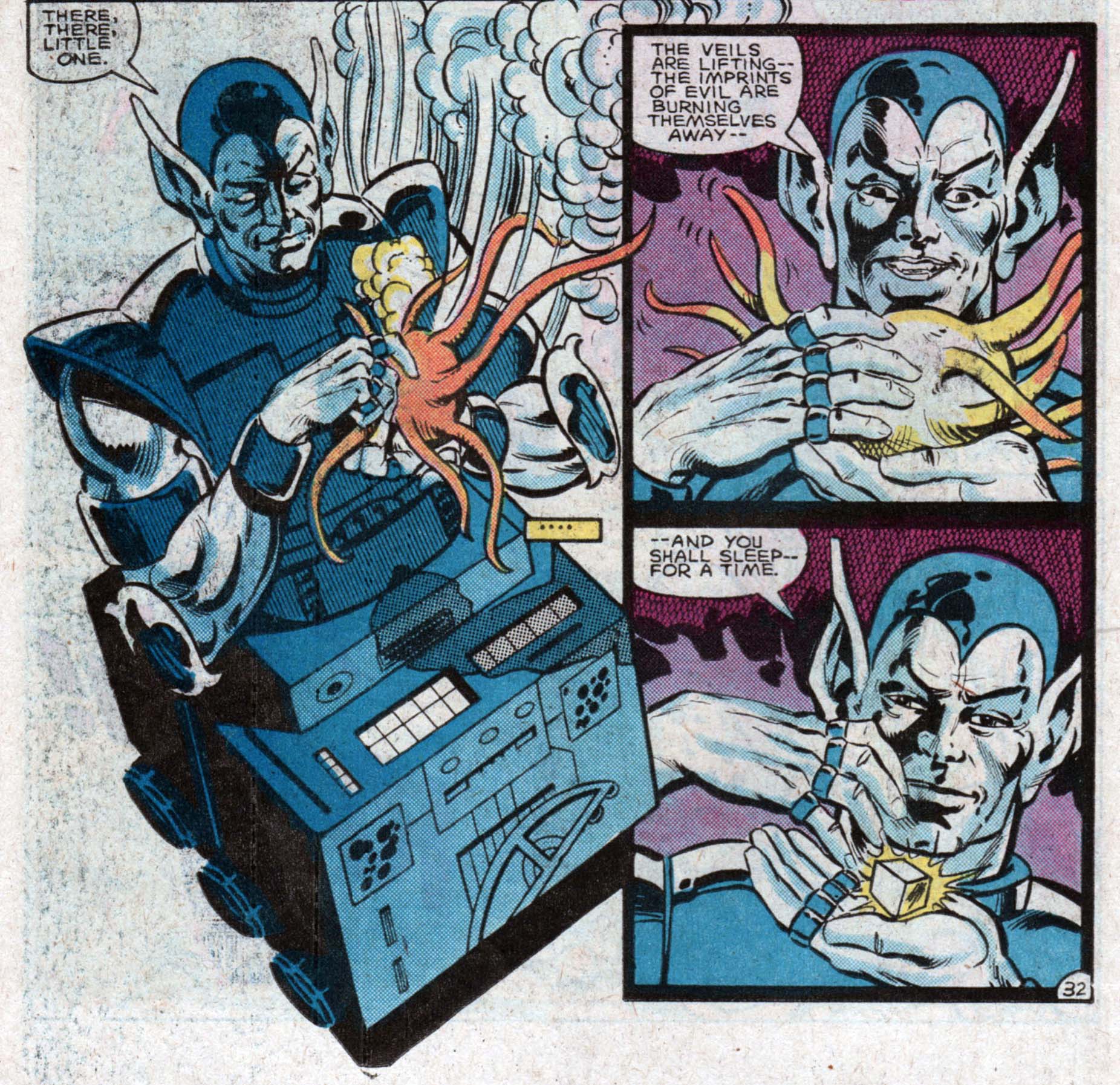 The Skrull matured Shaper of Worlds, calming the future cosmic being Kubik, one of the Cosmic Cubes of Earth

The Tesseract - The Tesseract is an enchanted object of unparalleled power that was once owned by Odin. Believed to be Asgardian in origin, the cube is based on the Cosmic Cube in the Marvel Comics continuity. It exists in the Marvel Cinematic Universe and features predominantly in Captain America: The First Avenger and The Avengers. 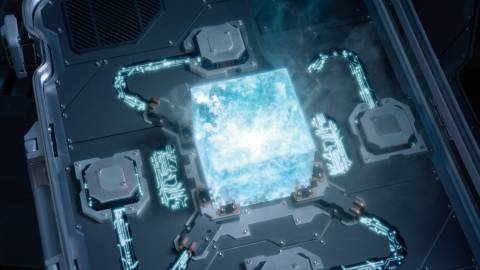 The tesseract was discovered by Johann Schmidt (later known as the Red Skull) in a box behind Nidhogg in a sculptured mural of Yggdrasil, the World Tree. The device was located inside a church full of Viking warriors entombed within its walls.

See other StackExchange Answers on this topic:

Why was the Cosmic Cube named the Tesseract in the Marvel movie series?

Why did Odin leave the Tesseract on Earth?

How did the Tesseract come to Earth from Asgard?

In the comics, what the cube does is 'grant the wishes of' someone who touches it.

The only two people we ever see TOUCH it in the movies are Red Skull and Fury. When Red Skull does so, it teleports him away somewhere. It could be argued that what we wanted was to escape, or to be a god. Presumably we'll have to wait for a future movie to find out exactly what did happen.

But what does Nick Fury want? What has he been talking about in every movie he's shown up in? He wants there to be the Avengers.

And by the end of the film, look what there is.

ComicVine has a Beginner's Guide to the Cosmic Cube. It notes:

At basics, the Cosmic Cube is container for a massive amount of primordial energy that grants whomever holds it the nigh-omnipotent ability to reshape reality. [Emphasis mine.]

From the same article, here's a panel from the comics featuring Red Skull holding the Cube through a glove: 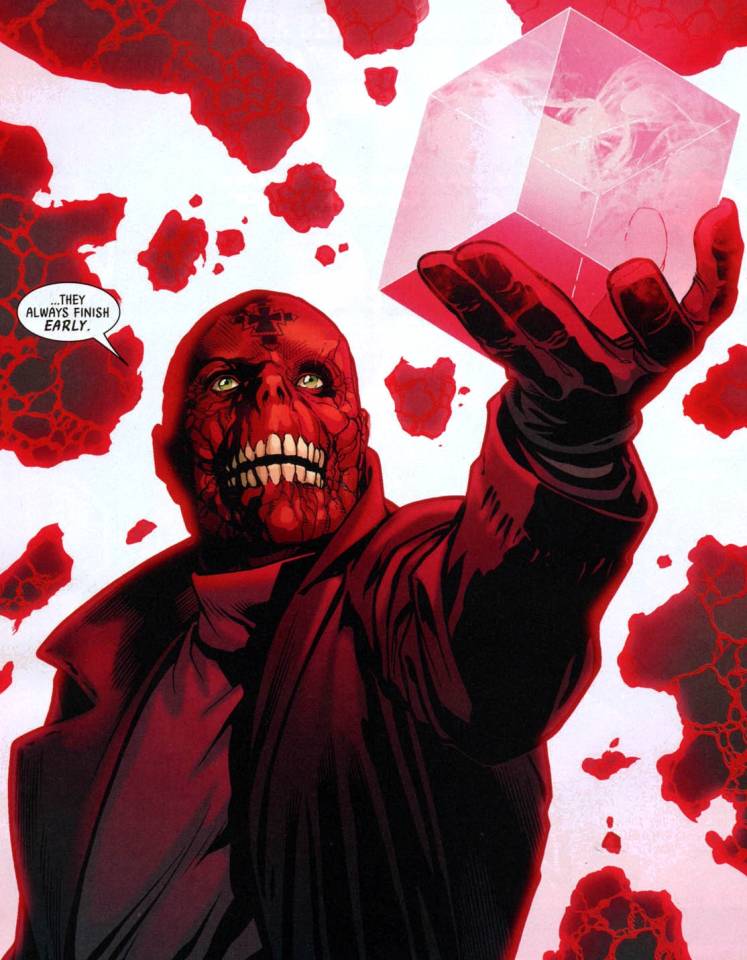 And one of the commenters has asserted that "the Cube responds to the thoughts and wishes of the wielder".

My hunch is that it's possible to hold onto a Cosmic Cube with your bare hands without being harmed, and it will respond to the thoughts and wishes of whoever is holding it. The good guys in Marvel movies probably hold onto the Cube with prongs or special suitcases so that it will remain inert and not respond to their impulses.

Due to its unparalleled power, the tesseract cannot be held by mortal hands, for they will be disintegrated and will be sent to another dimension

Not the answer you're looking for? Browse other questions tagged marvel-cinematic-universe marvel avengers captain-america or ask your own question.

61
Does Red Skull die at the end of Captain America?
34
Which Infinity Stones have we seen so far in the Marvel Cinematic Universe?
24
What are these other relics in the movie Thor?
16
Why was the Cosmic Cube named the Tesseract in the Marvel movie series?
13
How did the Tesseract come to Earth from Asgard?
18
Why did Odin leave the Tesseract on Earth?

16
Why was the Cosmic Cube named the Tesseract in the Marvel movie series?
5
Why did Thanos plan the Chitauri invasion when he only needed Tesseract?
6
Who forged the Tesseract?
20
What happens to Bruce Banner when Hulk loses a tooth?
16
If Odin lost the Tesseract, why couldn't Heimdall tell him where it was?