Who funds the Teen Titans?

Where does the money for the Teen Titans come from. Who built and pays for the tower? I know Robin on the team has access to a lot of money.

The original Teen Titans were financed and supported by Bruce Wayne (Batman) and he gave them their first headquarters called the Titan's Lair. 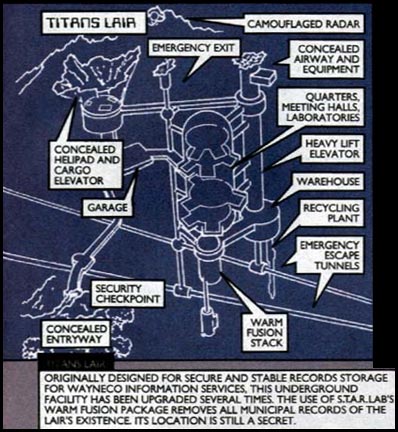 Titans Lair was once a records storage facility owned by Wayne Enterprises. Bruce Wayne allowed his sidekick Robin the use of the empty silo during the time when Robin helped to form the original Teen Titans.

The one-level cavern is located beneath a cliff adjacent to the Gotham City River. Special emergency exits exist at the base of the cavern, which allowed the Titans the ability to come and go in secret. It also enabled Aqualad quick access to the nearby river and Atlantic Ocean. The Lair contained a concealed helipad for the Titans Helicopter as well as living quarters, cargo lift elevators, laboratories, a warehouse and a mechanic's shop.

This headquarters was later abandoned after being compromised by the villain Doctor Light.

The city may sponsor them in return for their service/role as guardians and protectors. Robin may also be referred to as Batman's sidekick, so they may be partially sponsored by Batman himself. Depends on which version of the Teen Titans you're talking about, as Monty129 has, rather, importantly pointed out.

Not the answer you're looking for? Browse other questions tagged dc comics teen-titans or ask your own question.

9
What Language is Raven using for her attacks?
10
Robin pretends to be evil to get close to a villain
3
How many different individuals have been Robin?
3
When does Beast Boy show up on Teen Titans?
4
How does Teen Titans fit in with the Young Justice continuity?
9
Which version of the Teen Titans exist in the DC Animated Universe?
17
In the comics, have any of the Robins called their costume “target attraction” for villains?