Does an illustration of Tochee from the Commonwealth Saga exist?

One specific creature from the Commonwealth Saga has caught my interest -- Tochee. My imagination is really bad, and I can not hold all the descriptive details in mind at once. I have tried to find some illustration, but unsuccessfully. All I found was this non-Tochee:

Is there an image of this creature?

There's a very extensive description of the Tochee on the Hamilton-verse wiki;

The body is about three and a half yards long, coming up to a human’s chest and shaped similar to a squashed egg. The hide is a dark caramel bristly fur and looks like it is two sizes too big – the whole body looks like it is covered in wrinkles and creases. Black fronds grow out of these creases like seaweed but look leathery and dead in the icy conditions of the Ice Citadel world. These fronds later recover into their multicoloured feather state after leaving the ice planet. Its mouth is a small lip-sphincter that forms a snout on the conical end of the body with extremely sharp teeth arranged in a circular array. The organs it uses to both see and communicate with are located a yard or so back from the mouth. It is a curved pyramid made up from three oval sections of translucent black flesh, with the one in front twice as long as the other two so it could follow the body profile. It communicates by creating images in the ultra-violet spectrum on the forward eye. Two fat ridges of rubbery flesh ran along its underbelly and rippled like snakes to push the body along. A second pair of more bulbous ridges extended from its back, shorter than those on the underbelly and extending only a little further than the eye. These can change into various shapes and can help to lift objects too heavy for human arms.

Following the description you end up with something like this... 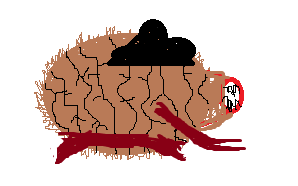 And yes, I do realise the awesomeness of my artistry. It's a gift and I try not to abuse it.

Kernovy on DeviantArt has created the following fan made image hich includes an illustration of Tochee. The user notes the following on the post:

Here is the first part of some character designs I made based on the novel "Pandora's star" written by Peter.F.Hamilton.
It's an awesome space opera that I do hope will be turn in to a movie.

I tried to represent the following key characters:

It's still far from want I had in mind but I hope some of you will like it. 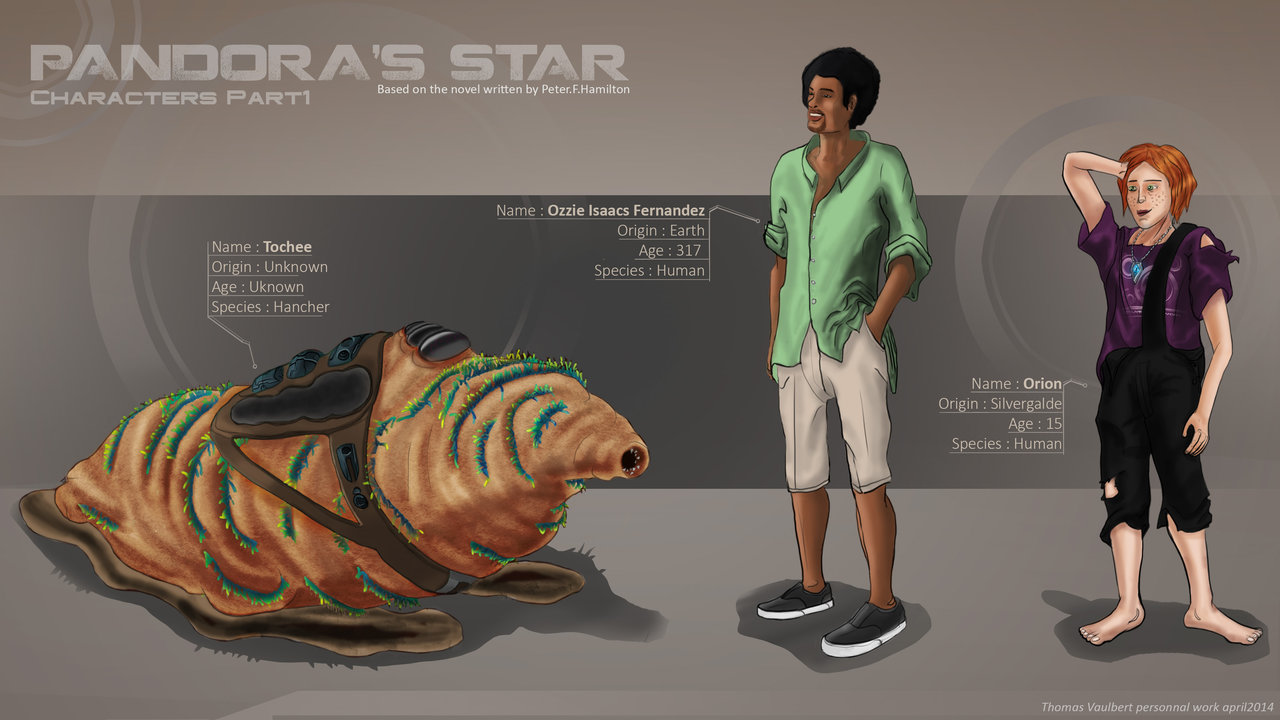 Not the answer you're looking for? Browse other questions tagged peter-f-hamilton commonwealth-saga or ask your own question.