Similar to this question:

There are a couple of occasions during the original trilogy (Episodes IV, V, VI) where Darth Vader and C-3PO encounter one another (specifically in The Empire Strikes Back). It's fairly clear as well that Darth Vader knows that C-3PO is a companion to his son Luke. Unlike Owen, it seem likely that Vader would learn, through the Force and/or through Imperial Intelligence reports what specific 3PO droid it is. So, is there an in-Universe answer to why he would not acknowledge that historical relationship?

He does remember! See Thank the Maker:

Finally, when he reflects that the droid may have ended up in this condition trying to escape an old master, he persuades his mother, though she makes him promise that he would be responsible for it. Shmi states that he may only be allowed to keep things if he takes care of them, or else he didn't deserve to have them.

The Lieutenant then asks Vader if he should have the technicians examine it or have the Ugnaughts dismantle it. Before giving his answer, Vader shows a rare moment of reflection on his past, and touches C-3PO's head against his own. Vader tells the Lieutenant to give the droid to Chewbacca, having heard of the efforts Chewbacca made in order to retrieve the droid (Although he passes his actions off as giving the Wookiee the junk that he deserves). He then proceeds to the interrogation chamber, where he has an "appointment" with Han Solo. 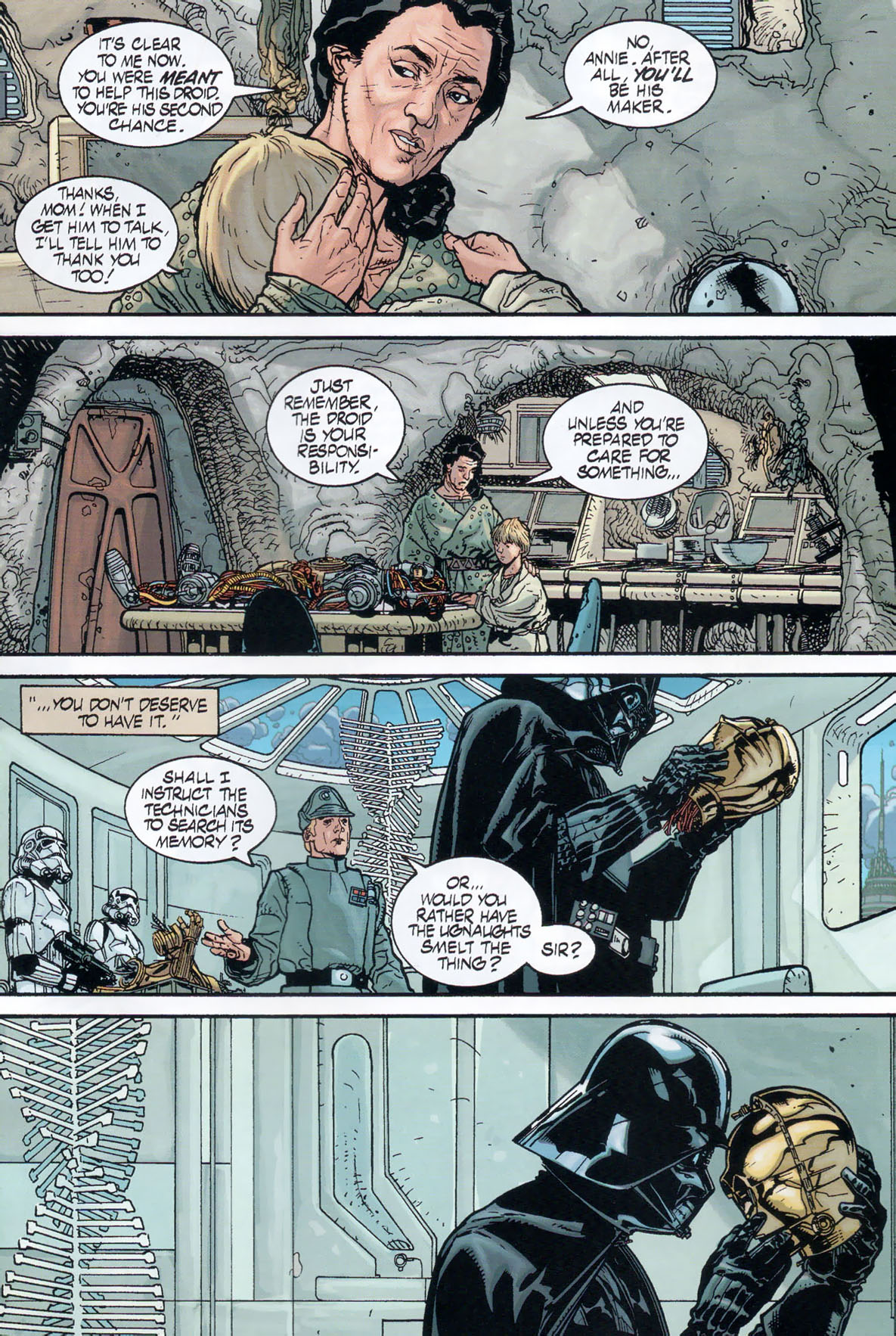 Note:
This come from Star Wars Tales #6, for which the canon level is not clear.

Droids are massed produced. Even C3PO, built by Anakin Skywalker, has a generic cover placed over his body. There are several other nearly identical droids throughout the series to offer proof that C3PO is not unique in an aesthetic sense.

Outwardly C3PO is not unique, He shares the same body as other protocol droids, you can't expect Vader to remember him based on looks. The Sith lord was likely to have dealt with many such droids in the decades since he last saw C3PO.

I wouldn't recognize my first car 20 years later, though I have seen MANY just like it since then.

Now for C3PO's name, which may very well be unique, remember that Anakin has had extremely traumatic events happen to him in his life, not the least of all was the transformation into a hideous, youngling murdering, mangled walking corpse of a sith lord. It's quite easy to assume that there are things that Vader has just forgotten, either by choice or by subconscious repression, or by the trauma of being cut up, set on fire, and left for dead.
Remember, even Obi Wan said that when Anakin became Darth Vader, Anakin himself was destroyed.

In the end it's all speculation. The real answer is: When the original trilogy was written and filmed, Anakin Skywalker was not the creator of C3PO. There was no consideration given to who Vader would recognize, because there was no reason for Vader to recognize the droid, at all. Anakin as C3PO's father is just another thing wedged into the Star Wars mythos by a man who wanted to create a certain symmetry to his story, without caring how it worked with the original trilogy, because he's well aware that he can change the originals any time he wants to.

Darth Vader had a few hard years in his life. The traumatic events on his home planet, and losing his wife, child, and body in the same day, likely made him shut out much of his life before he became Darth Vader. This is evidenced by his surprise when something from his past (Obi-wan) shows back up.

Even under the best of conditions, childhood memories fade. I know I made a car for a Boy Scout race when I was about 9, but today you could show it to me, and I wouldn't even recognize it. It was a project for young Anakin, but there is no reason to believe he would remember the details enough to pick it out, especially if he had little reason to believe his droid would return.

He probably does recognize C3PO, but really, when does Vader have the downtime to stop and catch up with his old droid? Plus, he has no way of knowing that C3PO is the same droid that he had built as a child. I don't think droids are detected by the force the same way life forms are detected, and I think Imperial Security is too busy to go out and find Vaders childhood droid. Think of it in realistic terms. If you tried to kill/corrupt your long lost son, would you really stop in the middle of it to point out that the car he's driving used to be yours? 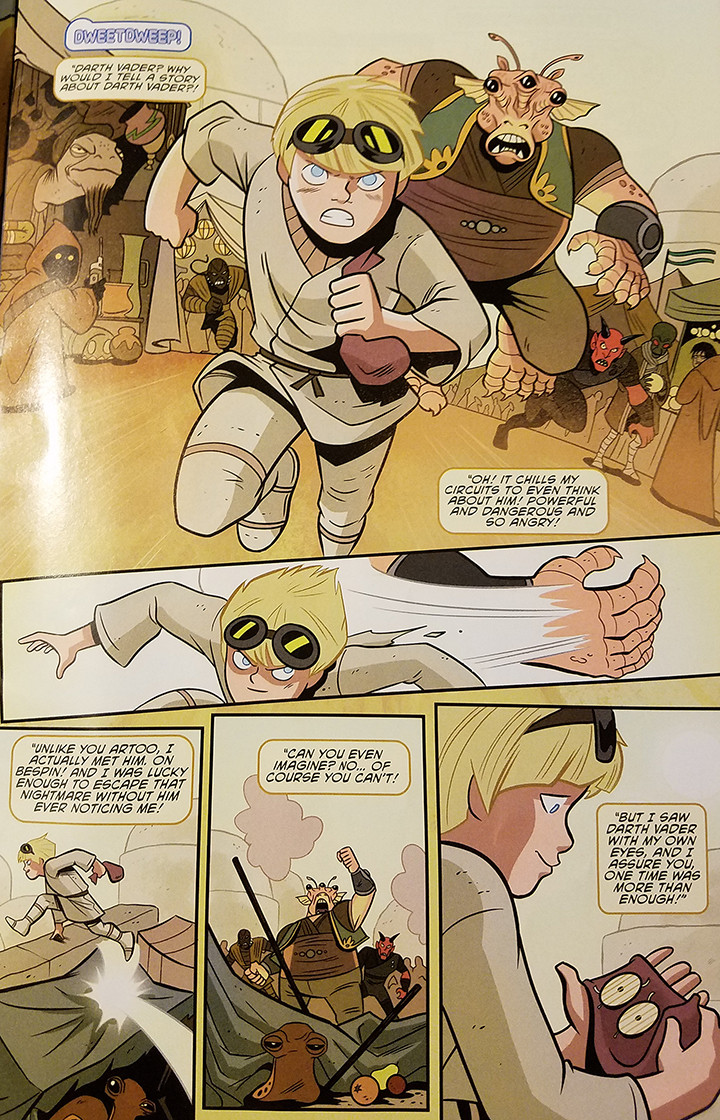 C-3P0: Darth Vader... Unlike you Artoo, I actually met him on Bespin! And I was lucky enough to escape that nightmare without him ever noticing me!

There are two reasons this makes sense. 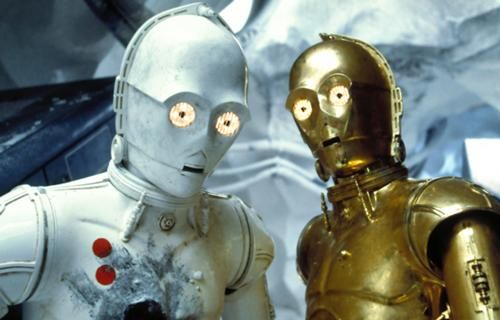 Two, as you can see, C-3P0 was in pieces and partially hidden behind Chewbacca and the room was quite dark and foggy. Darth Vader was also most likely distracted at the time. 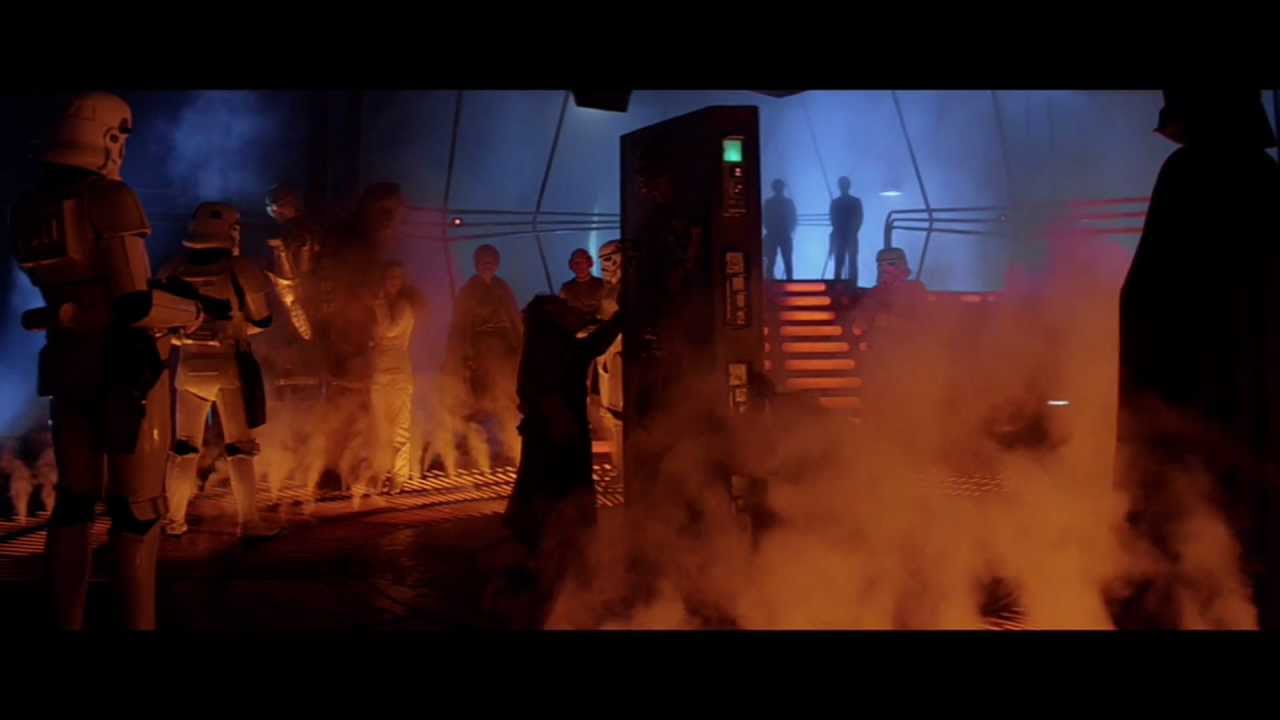 C3PO was at Anakin's wedding to Padme, along with R2D2. Anakin programmed C3PO with his personality (a personality, I might add, that appears unique to him as no other protocol droid has exhibited his unique complaining style and self-absorption). C3PO was vociferously complaining the entire time Chewbacca was carrying him into the carbon freezing chamber, and there's no way Anakin/Vader could have mistaken that personality for any other protocol droid.

Bottom line - Lucas messed up his continuity. C3PO should never have been built by Anakin.

Aside from all of the other asnwers here regarding all the trauma that Vader went through, which I agree with.

Vader was also making a conscious effort to FORGET everything that happened to him on Tattoine. He never wanted to think about it again OR to vist the planet again because of all the horrible memories that the planet held for him. From being Watto's slave, to his mother dying on that planet, to taking his first real steps towards the dark side when he slaughtered all of the Tusken Raiders that killed his mother and many other bad memories, he wanted to completely forget about that place and everything associated with it, like to try and help him forget his mother and everything that happened to her, along with that planet being the source of the pain and trauma in his life.

Because The Clone Wars are canon according to George Lucas we have all of that material to go by. When you see the lengths he went through to save R2-D2 and C-3PO it is clear that you wouldn't forget them. A more reasonable answer would be that he cares for them too much to allow the rebellion to know that he has an emotional connection to them. Also C-3PO does not know his origins, his memory was erased. R2 is smart enough to know what's going on. He knows is Anakin is gone and Vader is a bad guy. So in my opinion everyone but 3PO knows who each other is. Of course Vader knows this is his 3PO, and R2. But as much as love kept them together through the clone wars, love keeps them apart then after.

When Empire Strikes Back was filmed many many years ago, no one had any idea that one day a back story would be created that c-3po was built by Darth Vader. That idea was created during the writing of the prequels. It's one of many ideas in the prequels that don't quite merge well with the originals.

Someone at the beginning asked if Anakin put the gold on C3PO but it was Padme in the Clone Wars first cartoon (and Anakin did see it).

I believe that Darth Vader knew about C3PO but didn't want to say anything because it's in the past for him and he simply doesn't want to think about that.

C3P0 didn't know about Vader being Anakin (and R2D2) because their memories were deleted sooner or later after the Jedi Purge, getting new masters and jobs.

Why would Vader recognize Threepio? The latter resembled a good number of protocol droids, which were either gold or silver.

The force only works with living organisims, he could not feel the presence of any other object than a old rebot that may of been refurnished. His reflection may of triggered a memory of his early life.

Vader is burdened with so much on such a vast scale that to assume he'd remember a scrap pile from his youth is absurd. Any of those memories began to fade the moment he assisted in Mace Windu's death. Only the vivid hatred and the heat of the moment allowed him to even identify the Jedi during the Purge. But a better concept is this: he's ALWAYS thinking about the wife he killed(as far as he is concerned), the child he lost, and a lifetime destroyed by Evil and Lies. Who has time to remember a 3PO droid?

Not the answer you're looking for? Browse other questions tagged star-wars darth-vader c-3po or ask your own question.

86
Why does Darth Vader stop Boba Fett from shooting Chewie in The Empire Strikes Back?
32
Why doesn't Owen Lars recognize C-3PO during ANH?

43
Why was Darth Vader called Lord Vader?
32
Why doesn't Owen Lars recognize C-3PO during ANH?
31
What is the significance of the reversed colours of imperial and rebellion lasers compared to lightsabers?
3
Why doesn't C-3PO recognize his own home planet?
28
What was Darth Vader's official role (or rank) in the Empire?
21
Who gave the order to kill Owen and Beru Lars?
97
Why was Darth Vader so careless?
33
Why did Luke leave Owen and Beru's remains?
54
Why didn't Obi-Wan refer to Darth Vader as Anakin during the Death Star duel?
47
Is there an in-universe explanation given to the senior Imperial Navy Officers as to why Darth Vader serves Emperor Palpatine?