Who wrote "Don't Open, Dead Inside" on the doors inside the hospital?

Who wrote "Don't Open, Dead Inside" on the doors in the hospital that Rick sees after waking? Do they ever show it? 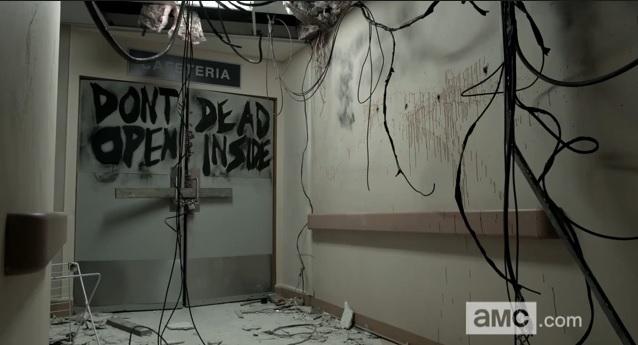 It was never shown in the comics, upon which the series was based. The words were written there presumably before the hospital was abandoned, possibly after a large number of patients had been moved into that one area (to better concentrate care) and one or more passed, raising as walkers, and began turning the others.

The person who wrote it was warning others that there were no more living patients past that point. They presumably left the hospital when it was abandoned by the living (or were killed there, when it was overrun by the dead).

Edit: As pointed out in Blake's answer, written May 28, 2013 (please, upvote that answer), the video game The Walking Dead: Survival Instinct features two characters who write this on the doors of the hospital. Your character can watch as Merle spray-paints it there. Your character (Daryl) and Merle are important characters on the show, but do not feature in the comics (at least not prominently).

This leads to a question surrounding the canonicity (which, if it isn't a real word, should be) of the games. My personal (unsourced) expectation is that the games, show, and comics each have their own unique canon. The comics and show are dramatically different, so they certainly have distinct canon. The games, though, may be canon (possibly of a 'lower level', a la Star Wars) with either the TV show or the comics. My guess is that they would be tied to the show if anything at all - the appearances of the few crossover characters seem to match the show better than the comics.

According to Wikipedia, Survival Instinct is tied closely to the show, while TellTale Games The Walking Dead is tied to the comics. Whether these are actual canon for their respective tie-ins, however, is unclear.

In the video game Survival Instinct where you play as Daryl Dixon you see Merle spray paint it and then lock the door up. It is the same hospital where Rick was in a coma.

In the webisode The Oath, you can see that it is actually sprayed by Paul. This is based on October 2013.

The answer is; I did, along with Robbie Martin, the on-set Scenic. This is a production photo of the turn around shot, the second set of doors I did for the hospital set.

Notice the font is different? This version came from the Comic, that we used mostly as story boards. At the last moment, someone decided that, whoever it was that painted it? Wouldn't have taken the time to find a brush, so the spray-painted version was done to camera. It was a bit of a running joke on set "Who painted those doors?" to which they would reply "Johnny, or Robbie, depending on which one of us was around". 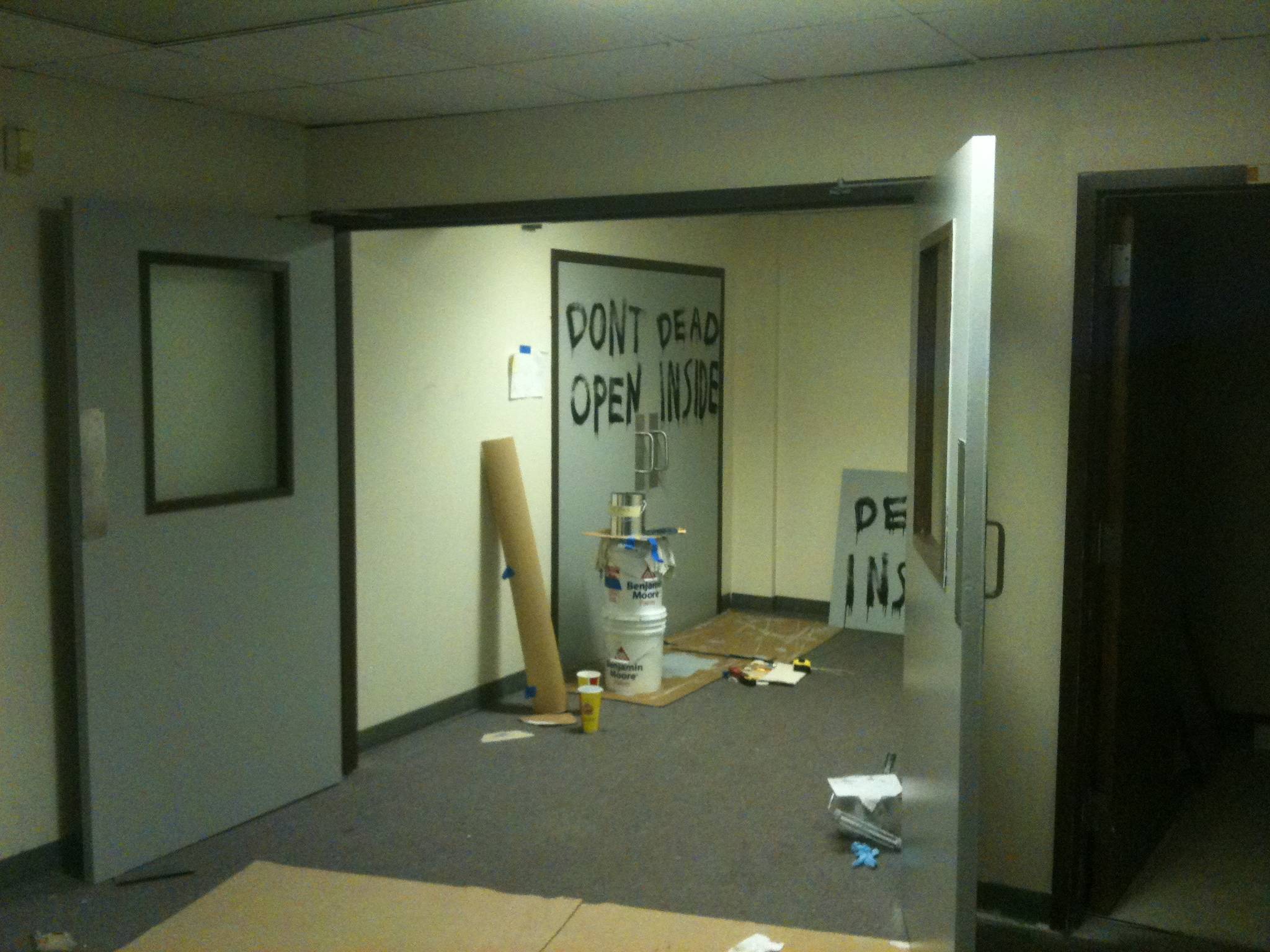 Robby's version, fatter to cover mine. You know when we did this, all we were thinking about was how awful this old gacky hospital was. And if we would get a disease for just being there! Who knew that that the show would turn into anything... 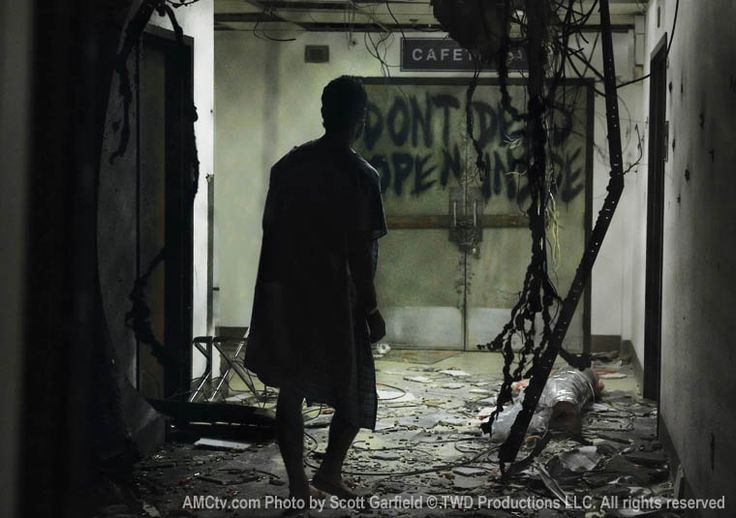 Looking back, it was really pretty work, given the time frame we had to produce it in, this is nice!

This can be seen in The Walking Dead Webisodes: The Oath.

The character Paul sprays "Don't Open, Dead inside" on the doors to the kitchen. He sprayed this after recovering from near death and escaping walkers (or decays lol), to find his friend Katrina dead, killed by lethal injection from a nurse.

The real crazy thing is that this would make that before Rick wakes up, possibly making Rick there still in a coma while all this took place.

There's no reason to guess, AMC explained this ages ago in The Walking Dead: The Oath.

The Walking Dead: The Oath is a three-part web series based on the television series The Walking Dead. It aired in its entirety on October 1, 2013, on AMC's official website.

This series tells the origin of the "Don't Open, Dead Inside" paint on the cafeteria doors of the hospital Rick Grimes awakes in, post-apocalypse. It follows Paul and Karina as they escape their zombie-overrun camp in search of a medical station. The central theme of the series examines the will to persevere in the face of inevitable death.

Not the answer you're looking for? Browse other questions tagged tv the-walking-dead or ask your own question.