I've enjoyed the first two books in Jean Johnson's "Theirs not to reason why" series.

The science seems relatively well thought out to me.

Your pores are neither filled with any gasses nor have any pressure beneath them which would be trying to escape due to a sudden reduction in atmospheric pressure such as a decompressed environment. The goal of a space suit is to prevent your internal pressures from trying to escape explosively from your body when under the zero pressure environment of space. Here is a cross-section of a skin/pore region. Your skin has no gases trapped beneath it to worry about exploding into space. 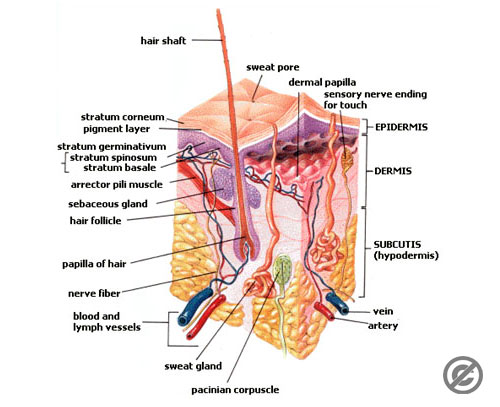 In The USAF Flight Surgeon's Guide, Fischer lists the following effects due to mechanical expansion of gases during decompression.

The Lungs During Rapid Decompression.

Not the answer you're looking for? Browse other questions tagged science or ask your own question.