How was the Predator able to see the queen?

In AVP, how did the Predator see the Queen at the end, even though Predators only see in infrared without their masks and Aliens do not show up on infra-red?

Is this a plot hole?

According to the AVP Wiki

Aliens do not radiate heat, as their body heat matches the ambient temperature of the environment in which they are found

The Predators' vision operates mainly in the infrared portion of the electromagnetic spectrum; they can easily detect heat differentials in their surroundings but are unable to easily distinguish among objects of the same relative temperature.

As the Aliens move they would show up as heat differentials.

There is no plot hole.

The writers used dramatic license. At the point in the movie where the Predator and the Predator Queen face off, they are never further apart than 6-8 yards. Their final battle is in hand to hand combat and at no point do they ever move apart again. Even if his vision would have been considered less effective than his mask-assisted vision, it was good enough for him to fight her in the rain, in hand to hand, by himself, without any technology, to a standstill.

At 1 hour, 28 minutes, the last computer-assisted view the Predator (and the movie watcher) has of the Queen is this:

Sensor-enhanced image of the Predator Queen 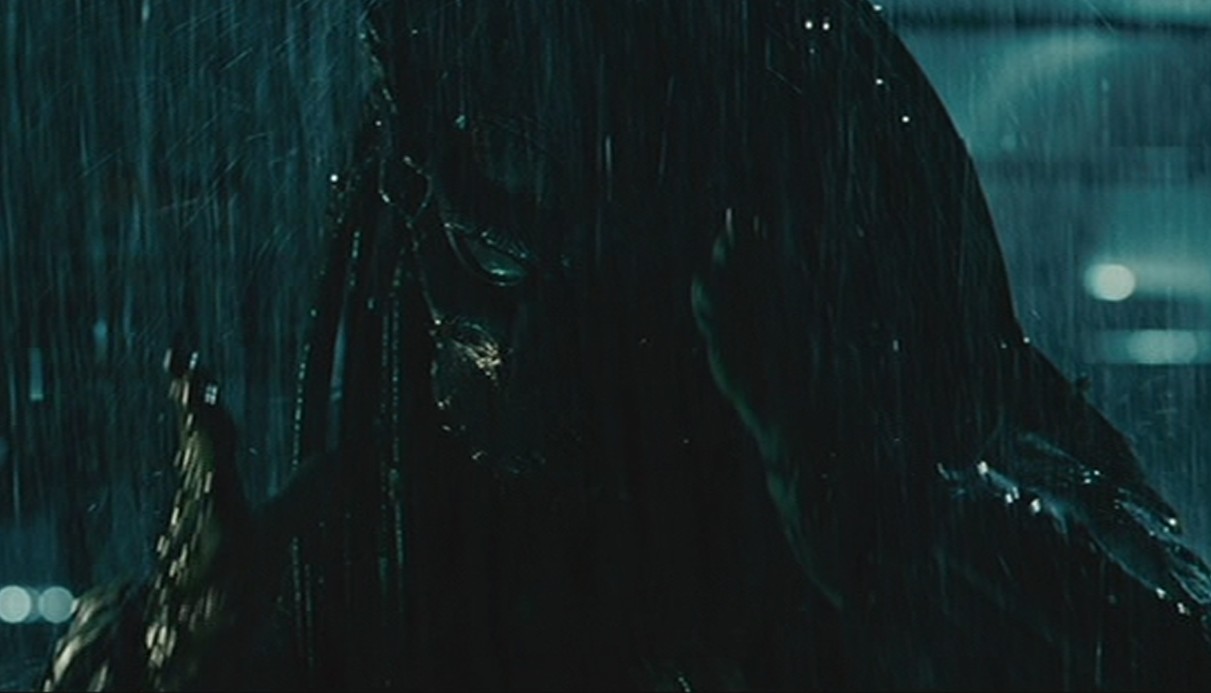 9
How do the Predators select and transport their Trophies?
4
How do Predators store their Combi-Stick?
2
How do the Predators' Smart-Discs extend and retract?
6
How predators plan to get hosts for their hunt?
5
Doesn't "Alien vs Predator" contradict the previous movies with regards to Predators and their relation to heat?
1
In the Alien series, how did the aliens get off their home planet?
6
How/Where did the Yautjas (Predators) get the Xenomorphs?
9
What is the difference between the Xenomorph in "Alien: Covenant" and the ones in "Alien vs Predator"?