Why didn't Star Trek: The Next Generation change their uniforms when Deep Space 9 came out?

DS9 came out during the 6th season of TNG. From the onset of the show, DS9 used uniforms that looked like this: 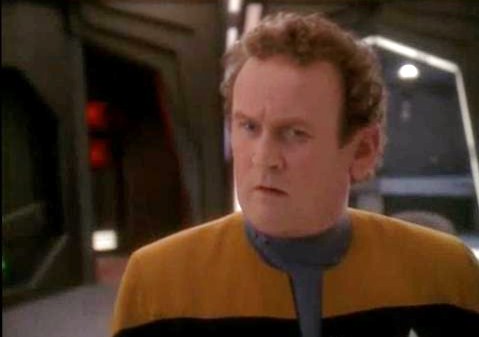 However, TNG continued the use of this uniform(taken from episode 10 of season 7): 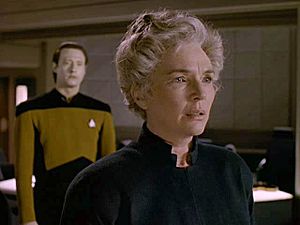 Why did they not change over? As a military establishment, the change of uniform would have been branch wide. Was there ever any reason, canonical or not, given for this lack of change? At least when they changed the uniforms in DS9 again later on: 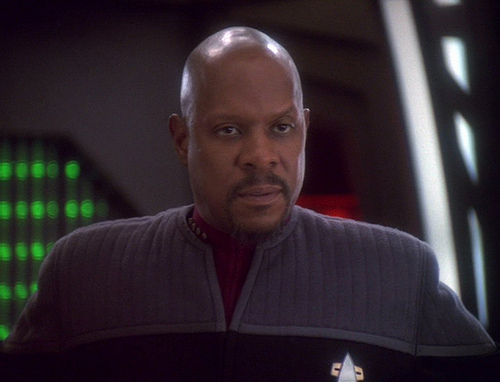 Their was reason to not change the uniforms in Voyager, as there was no way to communicate that change.

It seems it may have depended upon the type of environment where personnel were primarily stationed.

throughout the run of DS9, ship-based Starfleet personnel continue to wear the old TNG uniform design. The new design may therefore have been intended as an alternate 'class' of uniform for the different environment of the space station, as in a scene in "The Maquis, Part I" Commander Sisko can be seen wearing the new style uniform while Commander Hudson can be seen wearing the old style. Sisko also wore the TNG uniform on certain formal occasions and during his first arrival at DS9 from the series pilot episode, Emissary. He would revert to this uniform again when he was temporarily given the duties of "Head of Security" for Starfleet Headquarters. Admirals also retained the TNG style.

John Wayne's movie, "Jet Pilot" it think it is called, was set during the transition from "United States Army Air Corps" to "United States Air Force". John Wayne's character wore the Army Brown uniform, while his CO was wearing the newer Air Force Blue. Others in the background could be seen in those colors too. Dad was in the Army when I was born, but in the USAF when my 2 years younger brother was born. During that time and up until he retired in the 1970s, I recall lots of uniform variations.

Also, let us not forget that Captain Kirk went from wearing Captain Pike's uniform style in his first episode, to wearing the more familiar version by the his second one, yet in the background, you could still see some people wearing the older style. Charlie Evans wore an older style too. Also, during that time Captains had the green-uniform option, with the deep V-neck, while lesser ranks never wore it.

Did you all notice that in the 2009 movie, Admiral Pike was wearing the uniform that Admiral Kirk wore in "Star Trek: The Motion Picture"? No one else had made that transition.

I would say that from the real-word perspective, it would be in order for the shows to be easily recognizable. From the ST-universe PoV, I'd say it could be due to location and enviroment differencies.

It would be logical from an operational standpoint for uniforms to vary from location to location, and for updates to be gradually phased in, and obsolete designs to be phased out. changing millions of uniforms purely for color co-ordination overnight seems inefficient and unnecessary, it would be cheaper and logistically easier to gradually change between designs. New uniforms could be issued, when the old uniforms were recycled.

From a tv production standpoint, costumes would not be changed unless there was specific funding available for the wardrobe department. The TNG uniform redesign was $3,000 in season 3, and took place following the hiring of Robert Blackman. http://en.wikipedia.org/wiki/Star_Trek:_The_Next_Generation_(season_3)

Ds9 went through several redesigns culminating in the uniform worn in the season 5 episode "rapture".

Evidence of multiple uniform usage can be seen in episodes involving admirals where they still wore the previous season 4 uniform, whilst the rest of the cast were in the season 5 uniform (the flag officer uniform having not been designed yet, it did not make an appearance until behind the lines, season 6) http://en.memory-alpha.org/wiki/Starfleet_uniform_(2370s)#Flag_officer_uniform

The captain's uniform had several variants, Picard and Sisko's uniforms were different. http://en.memory-alpha.org/wiki/Starfleet_uniform_(2370s)

Real world explanation: they wanted DS9 to have a different look from TNG. Overall rougher and less formal. In-universe explanation: It's not a style to replace the TNG style but to complement it. As mentioned a lot already, real world uniforms usually have lots of different variations. So that Star Trek has a second, more comfortable variation isn't that surprising. My theory is, initially only DS9 and a few other facitlities used them when they were introduced but by the time of the third season (which is when Generations was released and Voyager launched) the uniform had spread and became more popular. In Generations the crew is wearing both styles side-by-side and half of the main cast switches between uniforms during the film. And by the time Sisko is on earth during the fourth season, only a few facilities used the TNG style still, which was apropriate for more formal institutions like Starfleet Academy or Starfleet Headquarters.

Also, Voyager's mission was meant to be of short duration to catch a Maquis cell, not an exploration mission where formal first contacts were meant to occur. That may be why they were allowed to wear the jumpsuit style, whereas other crews had to wear the more professional looking one.

Not the answer you're looking for? Browse other questions tagged star-trek star-trek-tng star-trek-voyager star-trek-ds9 star-trek-uniforms or ask your own question.

9
Why didn't Voyager update their uniforms after Pathfinder?
2
Was there ever a time that the crew of the Enterprise-E would have worn TNG S1-7 / DS9 / Generations-style uniforms?

8
Is there any significance of the colors of Starfleet Uniform?
6
Why didn't the Enterprise disappear in the Star Trek movie First Contact when the Borg traveled back in time?
27
Meaning of uniform color in Star Trek Voyager
2
Was there ever a time that the crew of the Enterprise-E would have worn TNG S1-7 / DS9 / Generations-style uniforms?
63
Has any Star Trek character appeared in all three division uniform colors?
15
Why were DS9's uniforms different?
21
How did Gene Roddenberry’s death affect the development of Star Trek: The Next Generation?
36
Why doesn't Seven of Nine wear a Starfleet uniform?
22
Why did Worf switch to red in DS9?