What is the difference between a warg and a skinchanger?

In A Storm of Swords, Jon mentions that he sees skinchangers and wargs among the wildlings.

George R.R. Martin, when asked about the difference said:

A warg is bound to a wolf. Skinchanger is a more general term. All wargs are skinchangers, but not all skinchangers are wargs.

But in the books sometimes are used the term warg to refer a skinchanger that controls other animals (such a hawk and a shadowcat by one of Mance's guards).

I think "Warg" is just a synonym or subgroup to "skinchanger" in this case. GRRM is infamous for allowing his characters to use their own perspective on things, in which case they can use a term incorrectly. I think the term "Warg" is most often used in a superstitious fashion, and "skinchanger" more matter-of-factly.

Warg is also not GRRM's word, but something that's been around a while, read more here.

GRRM is correct that only a person who is able to enter minds of Wolves or Dogs is called a warg. I do not see how do the examples you cite contradict it.

The Hawk belonged to a "Skinchanger" by the name Orell. Jon Snow kills Orell.

Later Varamyr Sixskins claims the Hawk. And he uses it to scout against the Night's Watch at Battle of Castle Black and before.

Varamyr is the "guard of Mance" that you are mentioning. He is correctly described as a warg because he does have Wolves bound to him. Following Animals were controlled by Varamyr:

These are the six Skins of Varamyr. And since three of them are wolves, that makes Varamyr a warg, not just a skinchanger.

Depiction of Varamyr with his bear, shadow cat, hawk and wolves by Elena Maria Vacas: 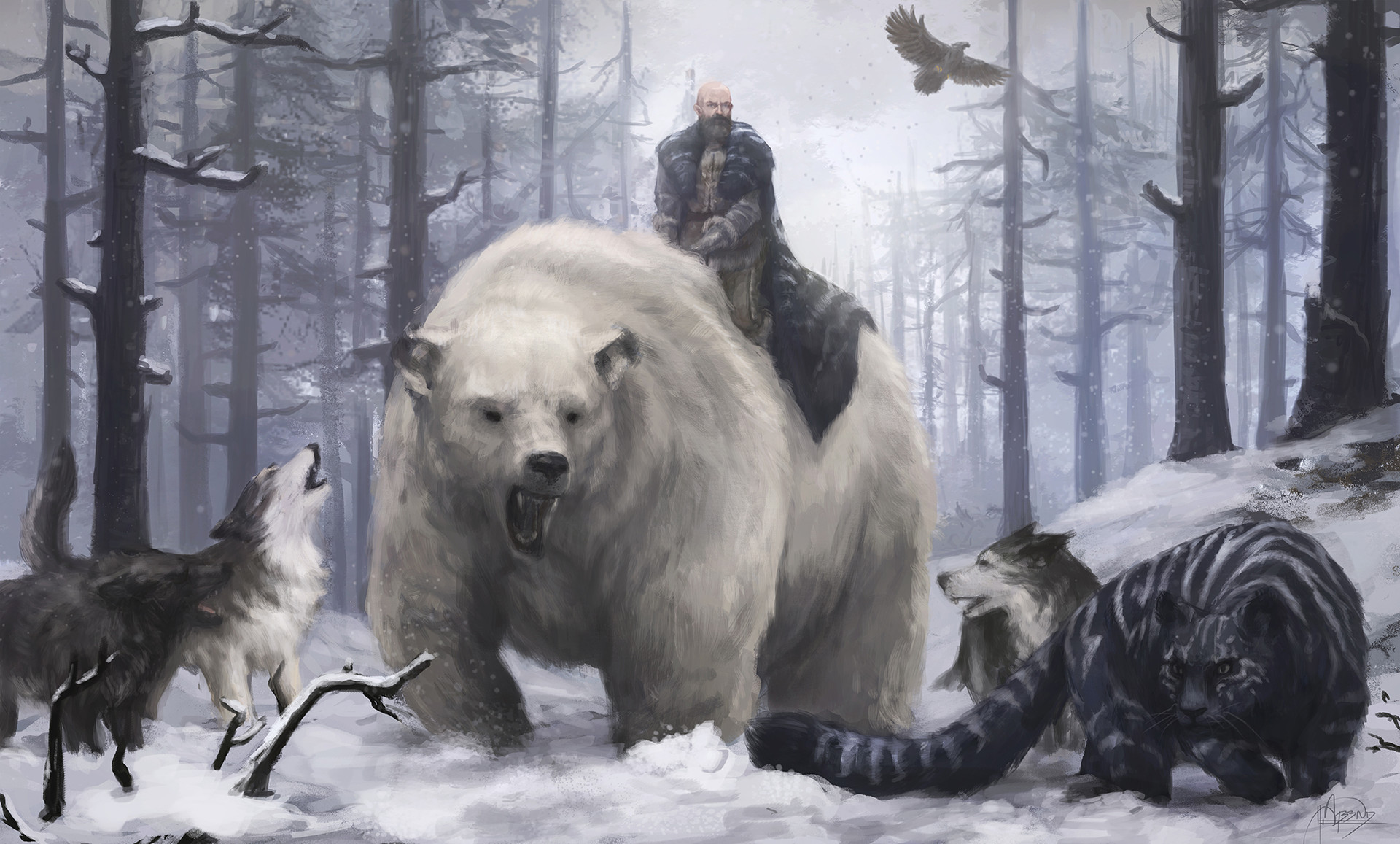 Wolves are special sort of Animals because from ADWD prologue:

Wolves were harder. A man might befriend a wolf, even break a wolf, but no man could truly tame a wolf. “Wolves and women wed for life,” Haggon often said. “You take one, that’s a marriage. The wolf is part of you from that day on, and you’re part of him. Both of you will change.”

If you have any other examples of a Skinchanger without a wolf being called a warg, please share them. I do believe Varamyr is the only example here and you are mistaken about him.

A Warg seems to be someone who can spirit-walk, or take over the senses or mind of another animal, while a Skinchanger just seems to be anyone who can change into or take over the body of an animal. So, Wargs are a type of Skinchanger. Wargs seem to be Greenseers as well, so they have premonitions in dreams. They also usually only spirit-walk into one or two kinds of animal.

14
Could a dying skinchanger evade death by warging into another person?
19
Are White Walkers wargs?