Who was Bruce Wayne's primary martial arts trainer? (e.g. a person who took a guy who was able to fight as well or worse as an average human fighter, and turned him into a guy able to defeat numerous opponents hand to hand in the same combat).

In Nolan's films, it's Ra's al Ghul (in the guise of Henri Ducard, who seems to be a separate character in comics).

I'd prefer an answer which spans all main continuities (initial Batman, pre-crisis, post-crisis, New52, and any non-comics and smaller where the answer is different as well).

Recent New 52 writings (Detective #0) have revealed at least one of his martial arts teachers named, Shihan Matsuda. His base of operations inconveniently located in the Himalayan Mountains. 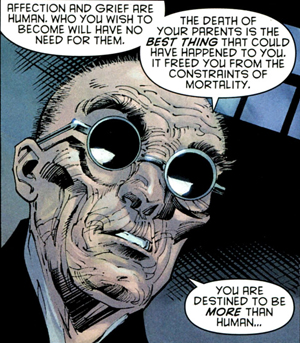 Also See: Who were the 6 people who originally trained Batman in the New 52? for other continuity references and characters.

Wildcat and Shiva are probably your best answers.

Wildcat is the first major teacher, teaching him for a short while when he is an adolescent.

Lady Shiva teaches him for a short while after he breaks his back.

One could also assume he studied under Richard Dragon as well, like others in the Bat-family, but I don't think that it would be significant.

The reality is, Batman is generally portrayed as having several or dozens of masters, for short periods. However, Batman isn't really a physical character and fighting was not the point of his training.

18
Who were the 6 people who originally trained Batman in the New 52?