Who were Jedi Temple Guards?

In the last episode of last season (5) of Star Wars: The Clone Wars, I encountered a new category of guards. They were placed in the Jedi Temple & were using lightsabers. 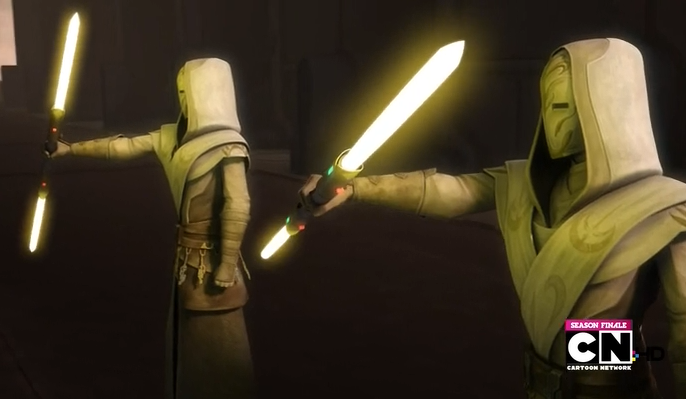 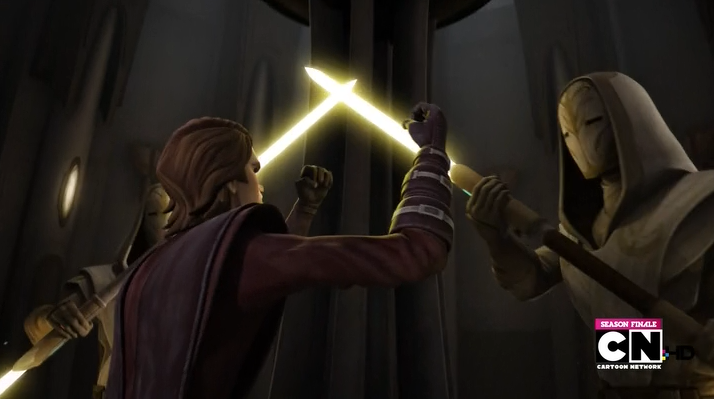 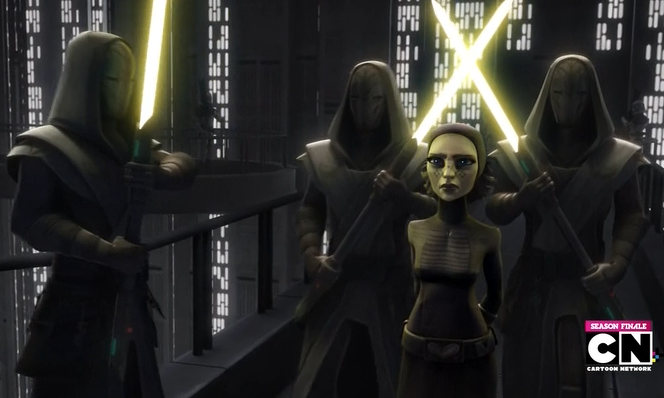 As far as I know, Jedi had a high-tier of identity who couldn't be placed under mask as security puppets (Even clone troopers used to speak freely, but these Jedi temple guards were fully silent even when Jedi were discussing something). So, it seems unlikely to me that they were Jedi.

But, as they were using lightsabers (although, it was never displayed how efficiently they could use them), so it seems unlikely to me that they weren't force sensitive.

Who were they, really? Have they ever appeared in canon before?

The Jedi Temple Guards were members of the Jedi Order and served in the Coruscant Jedi Temple's Security Force.

An ancient, honored heritage within the hallowed halls of the Jedi Temple was the role of the Jedi Temple Guard. Reporting to Cin Drallig, head of security, the Temple Guards were anonymous sentinels plucked from the ranks of the Jedi as part of a Knight's ongoing commitment to the Order. A Jedi Temple Guard would disappear inside the formal robes and identity-concealing masks, the ultimate expression of emotional detachment required in service to a higher calling. Temple Guards carried imposing lightsaber pikes -- thick, double-bladed weapons that produced a rare and distinctive yellow blade.

The Wookieepedia description was sourced almost exactly from the starwars.com page. But they apparently were force-sensitive, being they were actually Jedi.

6
How canonical is information appearing on main starwars.com pages?

28
How does Yoda know that the name of other Sith is Darth Sidious?
12
Why do lightsabers attract Force sensitives?
26
How does the math add up in the success of Order 66?
28
Did the 501st Legion know what Anakin had become when they attacked the Jedi Temple with him?
21
Why didn't the Jedi Council send a team of Jedi to go after General Grievous?
6
Can Jedi temple Guards use the Force?
5
How did the Clones find Jedi Investigators during Order 66?
7
Why do Jedi practice lightsaber dueling, and not blaster fire deflection techniques?
8
Were the Force trees related?