Has anyone attempted making a ring that combined Will and Fear?

Has anyone in the Green Lantern setting attempted to make a single ring that combined the two, so that they would be able to master both at once? Has this idea been explored anywhere before?

No, the sources of the powers of the Emotional Color Spectrum are all unique. Even though all of the powers utilize a battery construct, each construct's origin was formed differently and how those powers function usually means these powers are unable to be used in concert, by a single user.

Each power is designed to resonate with the corresponding ring and emotional state. Most of the powers are incompatible or even antithetical with the other powers or emotional states. 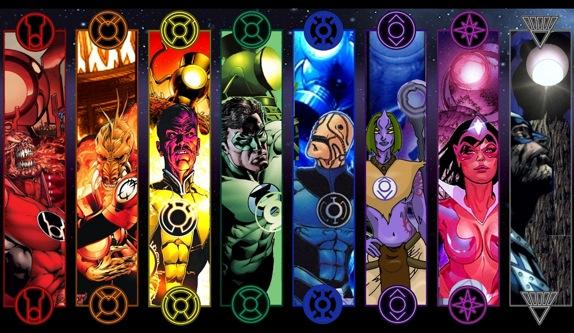 It is theoretically possible for a single ring wielder to use more than one ring. Several people have been privy to having access to more than one color at different times in their career. (Sinestro has been a Green Lantern, and a Yellow ring-wielder. Hal Jordan has also used the Green and Yellow powers.)

While this is pure speculation on my part, as noted in my comments to the question, I would have to answer with a resounding "Kinda, sorta, probably not".

In my recollection, there has not been an attempt to fuse the powers/aspects of specifically two rings. So that's a "No" to the question as stated. However, Kyle Rayner did manage to master the range of the emotional spectrum (all seven colors) and combine them with his own ring to become a White Lantern. It's possible that the colors of the spectrum can only combine all at once, rather than in a one-with-one fashion. This would neatly avert the issue of "Red + Green = Yellow, right?". 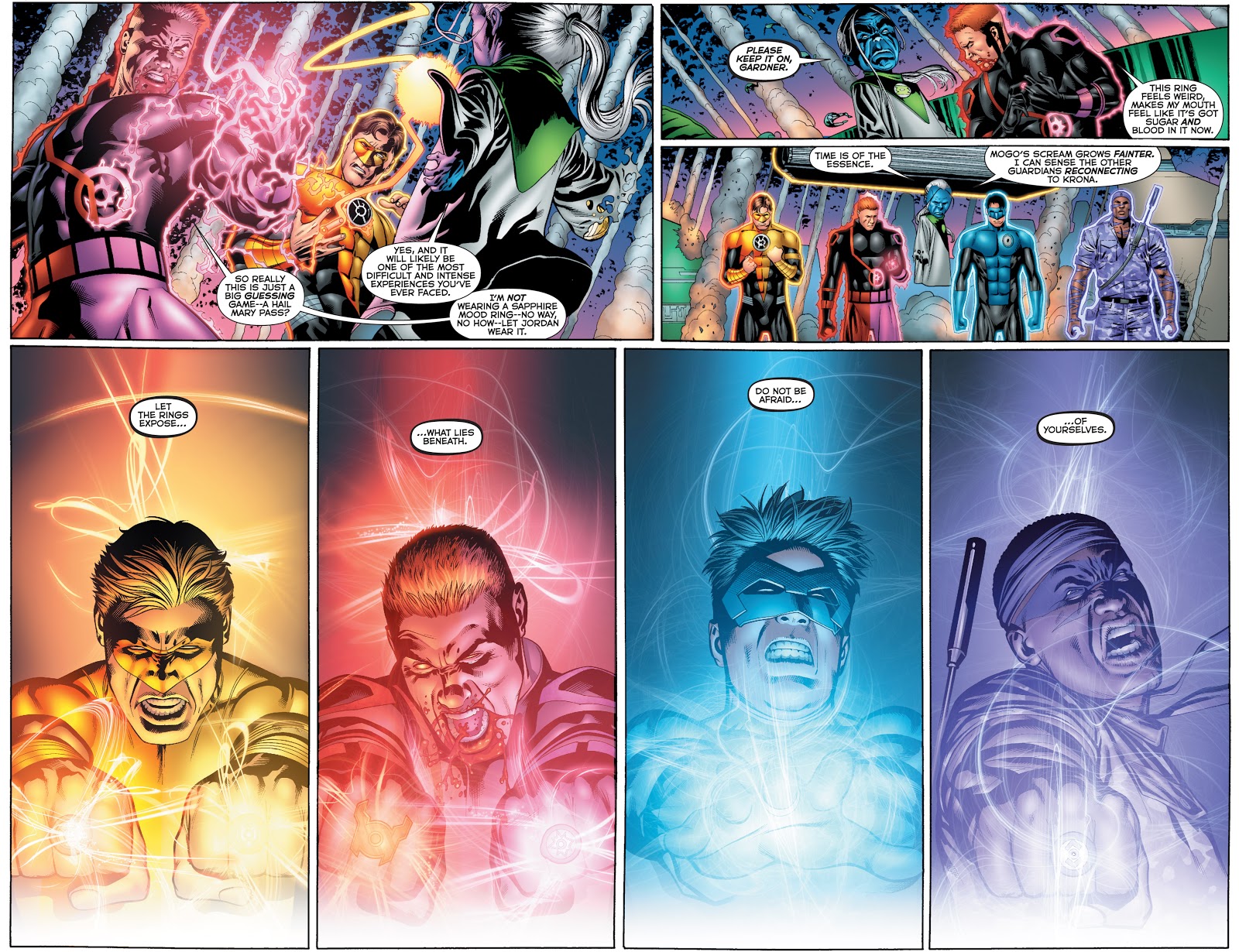 The answer is yes. Notice Hal Jordan rocking Orange AND Yellow. And next to that is Guy Gardner rocking Red AND Star Sapphire. Both these guys are wearing two rings and they're using the powers of both rings simultaneously. From: Emerald Warriors #10 (May 25, 2011)

If I'm being totally honest though, I just found that Googling "two Lantern Rings." What I have actually READ is one of the most important events in recent DC print: Darkest Night (2009-2010), and won't soon forget Guy turning into a Black Lantern meat grinder when Kyle Rayner died. 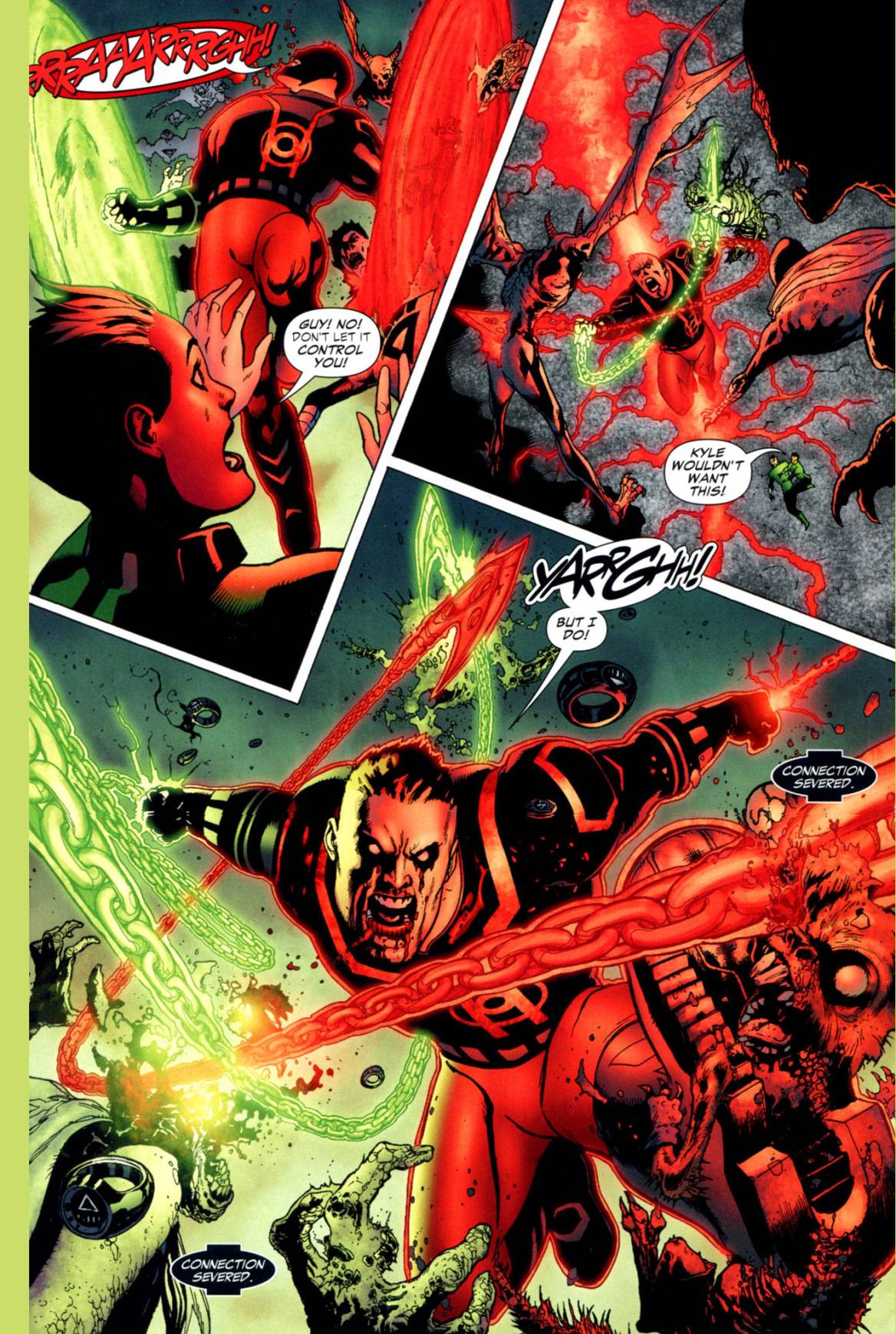 There are other instances of two rings being worn simultaneously and in most one can see one color being dominant based on the dominant emotion (i.e. Guy in the above picture have more Red than Green due to his rage over Kyle's death surpassing his will as a seasoned combatant). Hal and Guy in the first photo are consciously channeling both equally as they had a mission to accomplish, picking the Rings themselves, which is extraordinary as the Power Ring(s) generally find a suitable member to their respective Corps.

I present Harley Quinn rocking a Black/Red ring. You read that right two corps, one ring. From: Harley’s Little Black Book #2. (February 10, 2016) Notice her coloring is not only equal, but it is checkered, I would take that to mean that the merged ring keeps the wearer evenly powered (yes, the rings have unique powers) and is more intrinsic to the ring as it's colors are visually woven together. But perhaps I am reading too much into it. 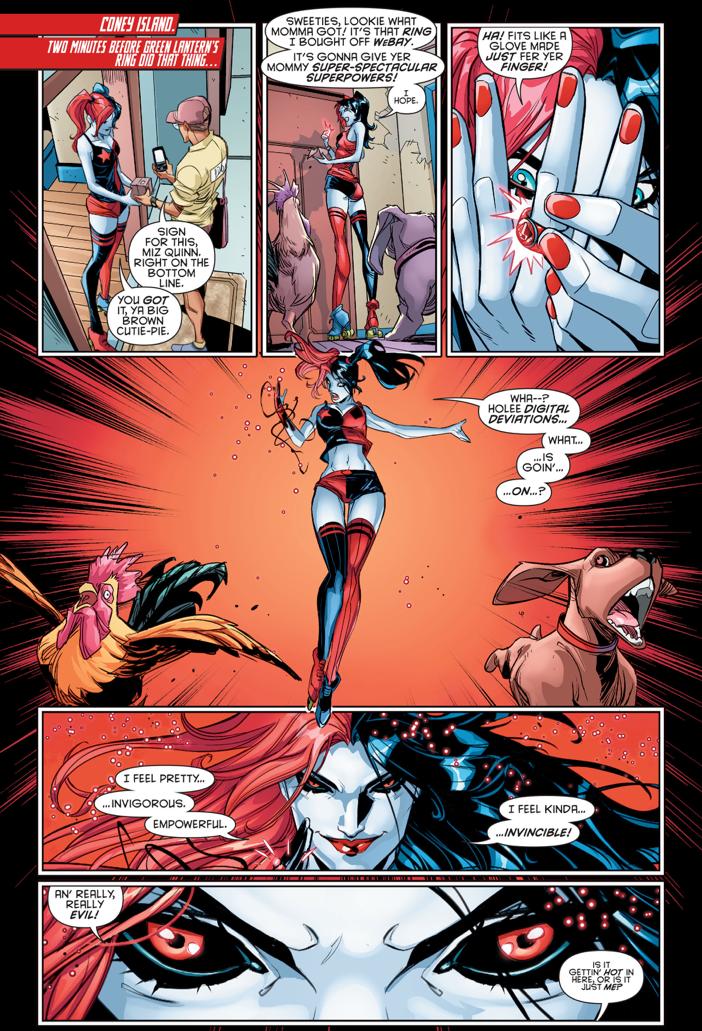 I think so because in a Harley Quin side story a red and black ring or combined into one ring and Harley gets her hands on it.

The answer is Yes and No.

No one ever made a ring with the intent to have it charged with 2 different colors in the spectrum.

However, the rings themselves take a charge from whatever lantern that they're programed to or whatever energy source they can and it's not like they change the energy from one color to the other. So they can hold any charge they want technically...

And further, before the GL corps were killed by Hal, Ion and Parallax were both in the same battery and the two colors were "combined" which produced the Yellow weakness.

The White rings are poweredd by the whole spectrum so they were cobined there. They were largely "unmixed" though so it is effectively wearing a green and yellow ring at the same time like Hal and Sinestro has done at various points.

This does raise the question of why no one has ever tried to mix Green and Blue though.