Why did the Iron Man suit and ARC Reactor stop working in Avengers?

At the climax of the Avengers, Tony Stark flies a nuclear missile through the wormhole created by the Tesseract. Shortly after he crosses the threshold of the wormhole and releases the missile, his suit's systems and even the ARC reactor appear to fail, and he passes out/goes into cardiac arrest. (This is an assumption on my part as the reactor no longer powering the electromagnet would allow for the shrapnel in his heart to continue moving further in.)

Throughout the major fight with the Chitauri he doesn't appear to take as significant damage as he does during his encounter on the Helicarrier, nor does the Mark VII armor appear to require significantly more power than the Mark VI.

So what would cause his systems to fail?

EDIT: I just rewatched the scene, and the suit appears to lose power just after crossing the threshold of the portal, as he's releasing the missile from his grasp, but Tony doesn't lose consciousness/go into cardiac arrest until just after the nuke makes impact.

The nuclear weapon he directed through the wormhole emitted an electromagnetic pulse which should cause any electronic device to stop working.

He basically knew once he pushed the nuclear weapon through the portal he would not be coming back because he would have little or no technology at his control once the nuke went off.

EDIT: Having rewatched the movie, his suit loses power at the release of the missile. But this would not have caused his arc reactor to stop working, only the EMP would have done that. Knowing Stark, the arc reactor would be hardened and would restart after a reboot, as it did once he reached the ground. (Can't go around having a heart attack because you just survived and EMP, right)

Why couldn't it be a different set of physical laws? Tony flew threw a portal that took him to another part of the universe that perhaps has different physics where the Arc Reactor wouldn't work.

The Ark Reactor and Iron Man Armor simply ran out of fuel.

Iron Man had already drained a lot of energy in heavy firepower and flight maneuvers. At the time JARVIS dialed Pepper Potts, his blurring visuals displayed a sign of that. At that time, Iron Man was running on dying emergency power.

I honestly just think it was the coldness of space he doesn't have a breathing apparatus or any of that in the suit for deep space flight. His suit prob froze up like it did when he went too high and with him running out of breath he passed out.

I am pretty sure Tony's Arc Reactor ran out of power. While this reactor is more efficient than the one he replaced in IM2, it's still a finite power source. Tony flew to Germany, captured Loki, fought Thor, repaired the Helicarrier, and flew back to Stark Tower all with the same chest piece. If you look at the HUD when Tony is approaching the tower, it reads, "RT OUTPUT 16%." So Tony's power was already dangerously low when he entered the fight with the Chitauri. Switching to the Mark VII didn't anything, because it still runs on the same chest piece. When Captain America warns Tony that the trip through the portal is a "one-way trip", Tony tells JARVIS to "save the rest" of his power for the return trip. Tony is lying to himself, refusing to believe that he could be sacrificing himself. The reality only sets in when the reactor runs out of power shortly after entering the portal.

The real question is: Why did Tony's reactor start working again after he was back on the ground? It should have been drained. My guess would be that there must've been a deleted scene where Thor used his lightning to recharge the reactor, which was foreshadowed earlier in the film, and was what happened in the animated Ultimate Avengers 2.

If you notice, Tony does tell J.A.R.V.I.S to "save the rest for the turn" prior to even ascending Stark Tower. He knew that the RT was near depletion. We also have to remember that he didn't change it out during the entire movie, unlike in the previous Iron Man films. It should also be important to note that restarting the Helicarriers probably took a huge amount of power...

First of all, the nuclear bomb detonates after the suit shuts down.

So the EMP has absolutely nothing to do with anything.

I am pretty sure his suit of armour simply shorted out because of deep space radiation frying its electronics due to inadequate shielding.

The Earths magnetosphere is created by the earth's magnetic field, and it acts as a shield against charged particles and ionizing radiation carried by the solar wind, or infrequent cosmic rays that originate from intragalactic space and pass through the heliosphere. 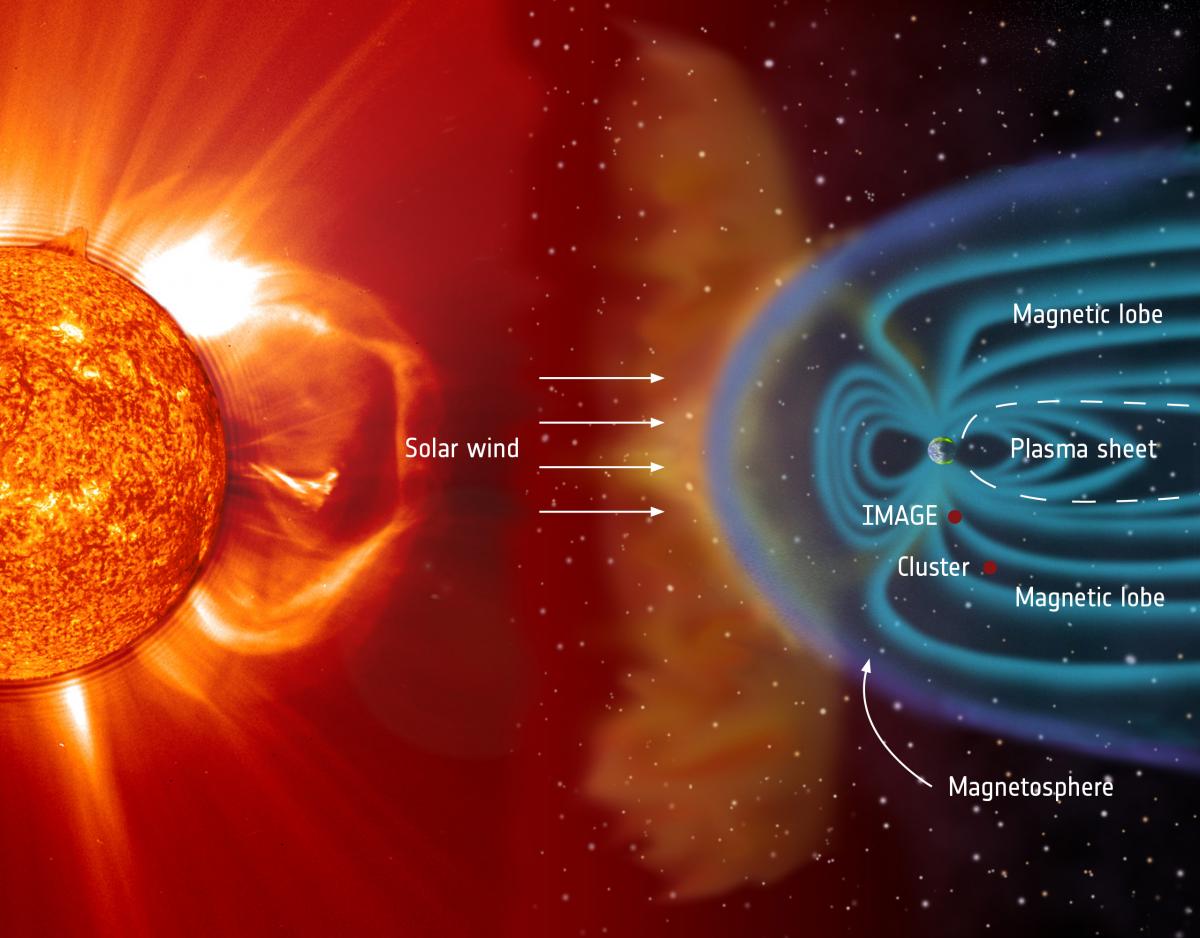 The heliosphere is a vast, bubble-like region of space that surrounds the solar system and is created by the Sun's solar wind. It acts as a shield against the charged particles and ionizing radiation carried by the interstellar wind and cosmic rays. 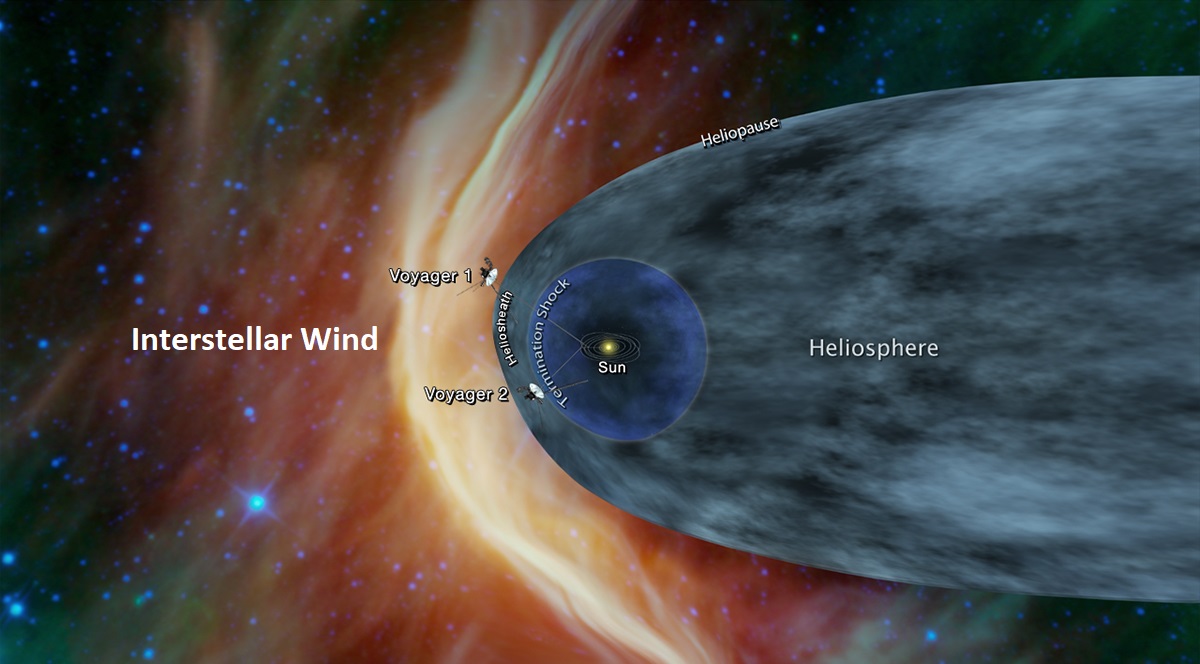 My point is that the earth and by extension, all of mankind and our electronics are protected by two vast barriers from harmful cosmic rays and ionizing radiation.

By travelling through the wormhole above New York, Tony travels into the deep reaches of space where he was most likely exposed to all sorts of cosmic rays and ionizing radiation that could have easily shorted out his armours highly sophisticated and very sensitive electronics and had he not fallen back down to earth would have outright cooked him inside his suit if the nuke didn't reach him first.

This is a guess, but i think it should not be overlooked. In IRON MAN 3 they went out of their way at least three or four times that I saw, mentioning , 1.) HOW DID YOU GET OUT OF THAT WORM HOLE, 2.) TONY EXPLAINING ABOUT "WE CREATE OUR OWN DEMONS", 3.) I'M A PIPING HOT MESS NOTHING HAS BEEN THE SAME SINCE NEW YORK,4.) AND ALSO WHEN HES DREAMING ABOUT CROSSING THE WORMHOLE AND PEPER GET HANDLED BY MARK 42. How did he get out of the worm hole? if you can see tony never made it through, yet he appeared on earth somehow, I DIDN'T PAY ANY ATT. TO THAT AT FIRST I THOUGHT HE DID MAKE IT. Powering the mini ARC is only an issue in IRON MAN 1 AND HALF WAY TO 2 because of his fathers far superior design the only issue he had is powering his father ARC for the first time in AVENGERS AND IRON MAN 3. so why did it fail when he crossed dimensions? we vibrate at a frequency similar to our planet, it is believed in theory that other dimensions vibrate at a different freq. you can also see this in Justice League: The Flash point Paradox. The Iron man suite went through a significant frequency change something it was not designed for. I'm not going to make this longer I.m just throwing this out and let me know what you guys think. Rumors of Dr Steven Strange finally coming out. Stan Lee mentioned something might be out "dont know what" in iron man three about Dr Strange. confirmation of Dr Strange coming out in Thor 2 the guardians of the universe. Demons mentioned in Iron Man 3, tony stark finally got something unexplainable. as far as I know Dr Steven Strange deal with demonology is far more powerful than anyone of the Avengers, wich can explain why Thanos is coming out.. Thanos power if far grater than any other and also known that the only battle in comics took place between Thanos and Odin father of Thor and their battle was so cosmic it shook all universes. Also Scarlet Witch is to come out as an AVENGER she deals with majic and the unknown. Dr strange is also known for his apearances with others heroes such as spider man, where he simply apears out of the blue to help them with something far greater than their powers or science can handle. witch led me to this, WATCH AND TELL ME YOUR OPINION.

TrojanTrojan
1
2
Add a comment  |
Highly active question. Earn 10 reputation (not counting the association bonus) in order to answer this question. The reputation requirement helps protect this question from spam and non-answer activity.

Not the answer you're looking for? Browse other questions tagged marvel-cinematic-universe avengers iron-man marvel the-avengers-2012 or ask your own question.