What was the name and universe of the soldier-unit stuck in Limbo?

I remember some Marvel comics where soldiers/marines were stuck in Hell ( or Limbo ) for an extended amount of time. During this time they had gained powers/mutations. What was the name of the unit?

This is likely to be the cross-over event Project Purgatory which first appeared in New Mutants Vol 3 #9 (March, 2010). The soldiers were a team of genetically-enhanced military operatives being sent to investigate the mystical realm of Limbo where they remained trapped for what would appear to them to be 26 years. The events spanned seven appearances and was wrapped up in New Mutants Vol 3 #21. 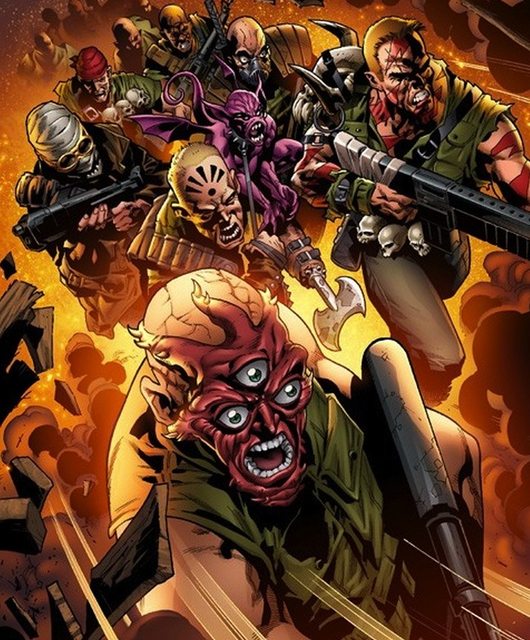 From the Marvel Wikia:

Following the Inferno, the United States Army founded Project Purgatory to research the fields of the supernatural and paranormal. One of the recruited scientists, Doctor Noc, developed technology to use the X-Gene-Positive infants N'Astirh kidnapped and the New Mutants and X-Terminators delivered to them to open portals to Limbo. General Ulysses, Doctor Noc, and a trained band of military soldiers established a military base in Limbo, the Hatchery. At the base, they continued to experiment, both on demons and on the Inferno babies, and train new soldiers. However, when they recovered the Bloodstone amulet, the base was attacked by Witchfire and the Inferno babies were believed dead. The Earth based military forces sealed off the portal Epsilon, leaving those on the Limbo base stranded to find the observation portal with virtually no hope of escape.

26
When did Spider-Man fight against the X-Men?
5
What was the story with goo that absorbed everything?
20
Who was the enemy of Spider-Man who acquired Spider-Man's powers and said “Where were these powers when I was in High School”?
7
Story about students stuck in a black and white universe
22
A convicted soldier serves his time and builds a new unit
11
Looking for a novel involving space marines on a primitive alien world
7
Marvel comic with robot aliens and major superhero deaths
11
What does the afterlife look like in the Marvel universe?
22
From what Star Trek script was Sasheer Zamata's name taken from, and what was the original spelling?
1
What is the longest hero fight in the Marvel universe?