Is there a relation between Torchwood's glove and Rassilon's glove from Doctor Who?

Is it possible that Rasilon's glove from Doctor Who is connected to the life giving glove from Torchwood? The glove in Torchwood was said to have fallen through time and when it was destroyed, it said "something about gloves, they always come in pairs" and it appeared that Rasilon only had one glove. And if the glove could have fallen through the time lock to appear on Torchwood's front door, is it possible that the timelords could come back through that same path?

The gauntlets are unrelated.

Torchwood both encountered and destroyed both a right and left-handed gauntlet. 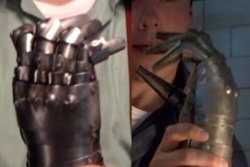 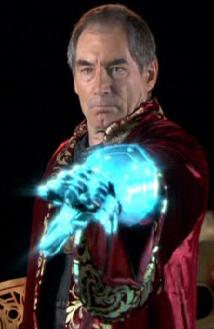 Also, they are different styles. Note that the Resurrection gauntlets are very simple in terms of style. 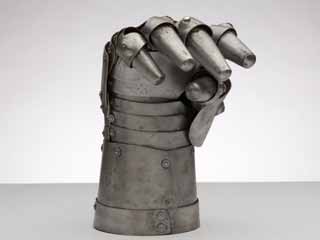 Rassilion's gauntlet, on the other hand, has some extra rivets and curves along the edge of the wrist guard. Finger articulation is also very different. 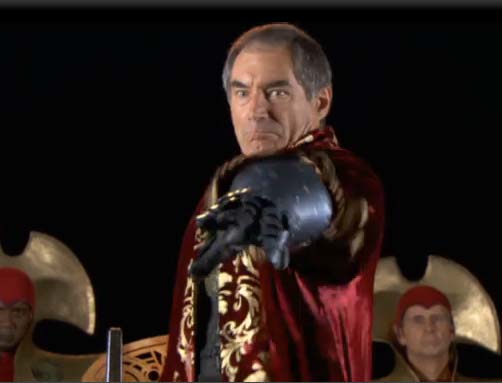 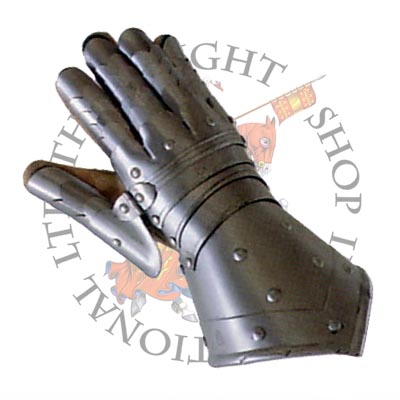 I think they are connected. The gloves are very similar and appear to be made of the same metal. The gloves torchwood 3 found and rassilon's glove might have both been made by timelords. Rasslon's gauntlet brought death whereas the torchwood gloves could bring life (the second bringing undeath but I think that's because death manifested himself, if death hadn't owen would probably have died and it would have been exactly the same as the other one) as if the torchwood gloves were opposites of rassilon's. Perhaps the time lords made rassilon's glove by order but made an opposite to balance the power; after all, the gloves are extremely powerful! Who else could find the secrets of life it's-self if not the time lords? they can study regeneration to create something that could mean they don't have to change! But the time lords never did agree with change so they may have threw the gloves into the untempered schism. It does seem like a time lord thing to do rather then destroying it! so basically, yes I think they are both made by time lords using metals only found on gallifrey and the "Life knife" was made by time lords too. Suzie was working on the glove but I think she was just sharpening/altering it as she had used it before then.

In Torchwood it was also stated that it was likely that the glove originated from another dimensions or a parallel universe. The Time war supposedly placed Galifrey in a timelock but after the events of the 50th it is possible that the Glove came from the same pocket universe.

Not the answer you're looking for? Browse other questions tagged doctor-who torchwood or ask your own question.

10
Has the Doctor appeared in Torchwood or The Sarah Jane Adventures?
11
Are Doctor Who and Star Trek: the Next Generation canon-compatible?
10
How did the Doctor join the others outside the TARDIS without opening its door?
32
How did the Timelords give the Doctor New Regenerations without messing up the Universe?
3
Can Gallifreyans regenerate their head?
3
Doctor Who: Can regenerations be stolen?
4
Why didn't the Time Lords come through and all escape from Trenzalore?
6
Does John Barrowman use British pronunciation on purpose?
9
If the Doctor was the last of the Time Lords, what happened to Susan?