What are droids in Star Wars powered by?

A friend posed this question a while back and despite searching the internet and our collective Star Wars books, we were unable to come up with an answer. I even made this reddit post, but with no real luck. I understand that droids are machines and that they need to "rest" every 100 hours or so to recharge themselves, but what are they recharging? Do they use some kind of batteries? Do they create their own energy somehow? In Episode IV, we see Threepio "switch off", presumably to store power, and in Episode V, Luke plugs Artoo into some sort of power inverter to power his camp. Does anyone have any documentation on what exactly keeps a droid running?

According to this in-universe schematic, R2-D2 is running Kerdon Aerosystems (or KevDan Aerosystems, depending on the source) hydro-glycolic fuel cells. 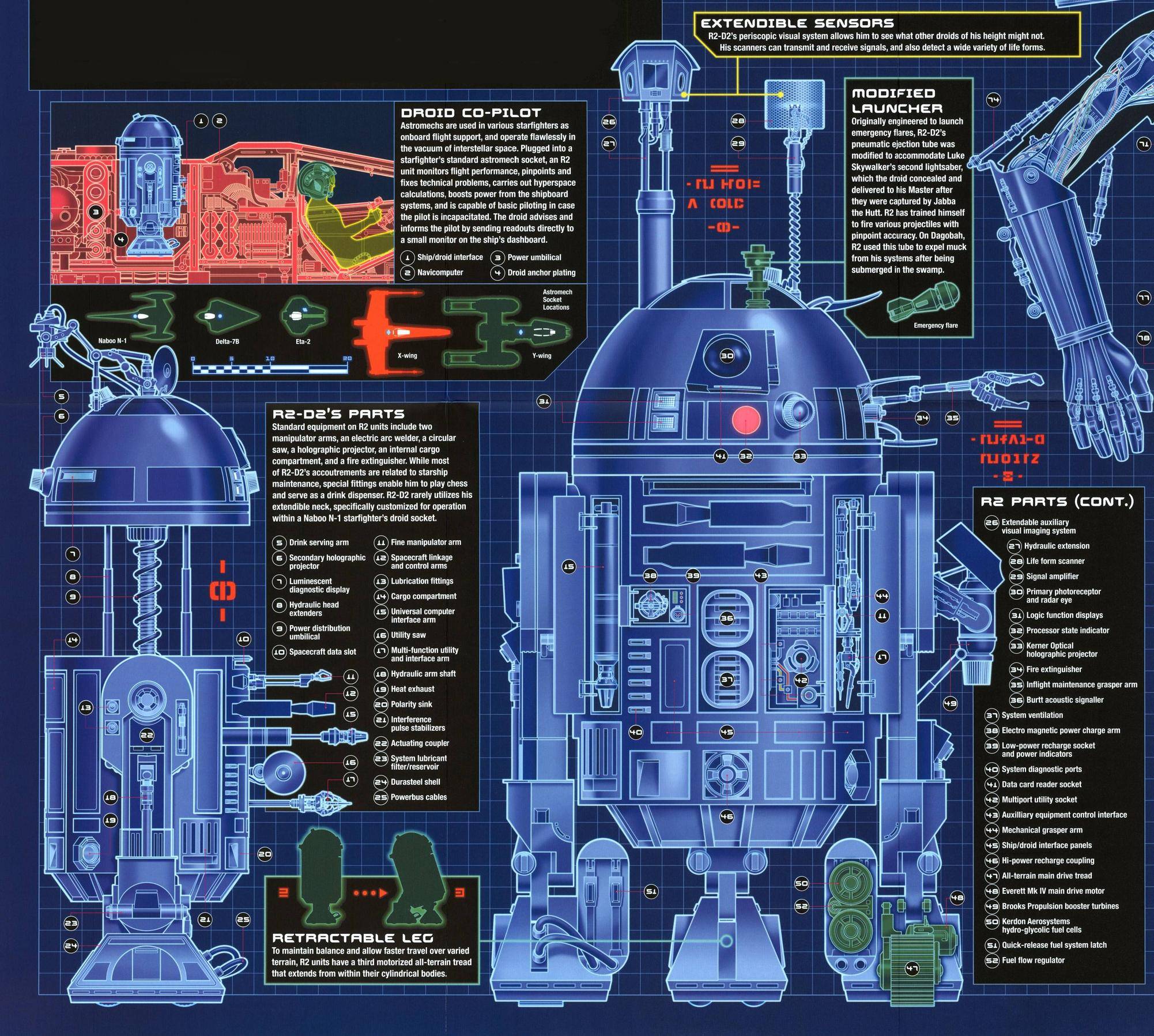 I would say, apart from the lack of canonicity, that there are multiple answers due to multiple types of power supply used:

From an electrical engineers point of view, here are some additional info regarding @Force Flow's answer:

A fuel cell is a real thing, similar to batteries. Ethylene glycol fuel cells exist today and can apparently be quite efficient.

"Bus" means data signals, needed to control something. So "Powerbus" might be a kind of current loop: meaning signals that are both capable of transferring information, while at the same time delivering supply current. There are two wires, so one could be for the current loop and the other for ground. The wires are quite thick, which would allow for higher currents. If it was a pure data bus, they wouldn't need to be thick. Possible these could be some multi-signal machine cables as well, in which case there would be several isolated wires in one.

Perhaps the purpose of this being a "bus", is for R2-D2 to monitor his own power supply and see how much time he's got before needing to recharge. Or perhaps this is how he controls the speed of the tracks.

As for why the wires are mounted externally, it doesn't make much sense. They seem to be attached through connectors or maybe cable glands, for some reason the cells should be detachable. Perhaps a human operator is expected to replace them manually. Or perhaps it is just some manner of optional backup power source.

It would be an awkward place to mount fuel for the propulsion rockets, particularly if flammable. If so, they would be named fuel tanks and not cells. And as shown above, ethylene glycol fuel cells are power sources existing in the real world, today. So I would dismiss the rocket fuel idea.

Rather, it would seem that the wires are mounted close to the track engine on purpose, likely to reduce electromechanical interference. Electrical engines are "electrically noisy" and most of the current consumed by R2-D2 might be needed for driving the track. By placing the energy source close to the engine, more sensitive electronic systems wouldn't have to suffer from transient voltage spikes and ground currents originating from driving the engines. So this would be good electronics design practice.

17
Are droids hackable in the Star Wars universe?
27
Are C3PO and R2D2 different from normal Star Wars Droids?
16
Are the B1 battle droids in Star Wars self-aware?
10
Are any Star Wars materials written from the perspective of the droids?
16
In Star Wars, are protocol droids like C-3PO water-resistant?
10
Does the Star Wars universe have sex droids?
6
What is the nature of Luke's scanner used to track and find R2-D2?
7
Are Gatekeeper droids from Star Wars capable of movement?