What do the "half-blue" portraits represent in the Game of Thrones Season 3 ads?

The promotional posters for HBO's season 3 of Game of Thrones all depict an individual facial image of key characters from prior seasons with their faces half-lit in a blue hue. 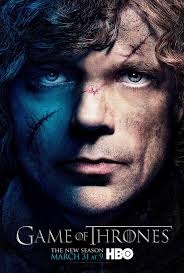 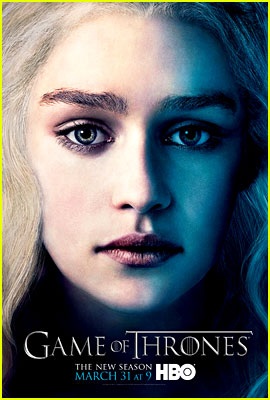 What's this meant to mean? It seems too dramatic to not represent anything, but I've read all the books and can't seem to determine what they're going for. Is it the pall of 'Winter [is] coming'?

game-of-thrones advertisements
Share
Improve this question
edited May 17, 2016 at 16:42

And as you said, the contrast between warm and cold also points to the winter that's drawing ever closer. Would be fitting, since I think someone in the series once said that it's apparently coming, the winter. :)

I guess this has many levels. Firstly, the third season will probably have a lot of scenes in the winter. Bran, Snow, and Sam all are way up north where it is very cold, and they form a large chunk of the novel (and I'm guessing that each season roughly corresponds to a novel, since the first two have done so).

Also, here, the characters get deliciously more complex. If you've ever read Julius Caesar, you'll notice that there's no "protagonist" or "good guy". Everyone is right to some extent. That this series in of a similar flavor becomes much clearer in the third book. None of the houses are entirely "correct"/"wrong". The Starks/Tullys are the closest you have to "good guys", but there are points where you feel that certian bannermen/soldiers of Tully are the enemy (notably in the Jaime chapters). The Lanniesters are the closest you have to as the "bad" House, but there are many good things done for their cause as well. Tyrion is a great example of this, he is the closest thing (amongst the major characters) that House Lannister has to a "good guy", and is thus a delightful mix. Daenerys is shown to be another mix of good and bad. She's incredibly compassionate, but quite fierce as well (And does bad deeds to achieve good ends). Robb is similar to a smaller degree.

They represent ice and fire, a reference to the title of the original book series, and a crucial theme throughout the story (fire: Targaryens and dragons, versus ice: the peril approaching from north of the Wall).

(Disclaimer: I have no source for this but, thematically, it seems kind of obvious!)

Not the answer you're looking for? Browse other questions tagged game-of-thrones advertisements or ask your own question.