What is the significance of the reversed colours of imperial and rebellion lasers compared to lightsabers?

Why were the colours of lasers inverted in Star Wars? (Out-of-universe!)

In A New Hope (ANH) and The Empire Strikes Back (ESB)

We know why the colours of lightsabers were chosen as blue for the Jedi (Luke and Ben), aka "the good guys", and red for Darth Vader, aka the bad guy. In ANH and ESB these were chosen mainly for political reasons:

Out of universe, the Blue / Red distinction was made during post-production when the lightsaber blades were being rotoscoped, as the original blades were simply white. The color choice might have bean influenced by the political climax, the red color being traditionally associated with Soviets and blue with Americans, but also note than the colors reversed for blasters and spaceships.

In Return of the Jedi (RotJ)

He goes on to explain the reason for Luke's green lightsaber in RotJ, which was made for technical, not political reasons:

Luke's green lightsaber was added late in post-production of the Return of the Jedi in order to better stand out against the blue sky of Tatooine in outdoor scenes. So all those signification / explanation are all retcon.

The second link in the first quote gives an in-universe answer as to why the colours of the lasers used by ship's and hand-carried lasers are reversed. I.e., imperial lasers are blue-ish/green-ish while rebel lasers are red:

Laser Colour (Behind the scenes reason)

Now, given that background information, there must be a good reason for the directors to have decided to reverse these colours and I cannot help but wonder what significance that has. The reason that is provided as an In-Universe explanation is very obviously a retcon for the choice that was made when post-producing ANH.
I'm asking for the original reason and the allegorical interpretation of the symbolism of these colours.

US and NATO (1st world nations) tracer rounds are standardized as red in color, whereas the second world countries associated with the USSR used green (in particular, Communist China used green pretty exclusively according to the sources I've found). This means that Americans who fought in Vietnam or Korea would associate green rounds with the enemy and red rounds with friendlies. There are exceptions to this rule but it generally held. This is consistent with the blaster rounds in star wars.

Its worth noting that the German army used a number of different tracer round colors depending on the situation, so this is specifically related to the cold war and not to WW2 or before.

I have seen this explanation for the colors used in Star Wars in the past and did not come up with it independently, but I haven't been able to find the source. 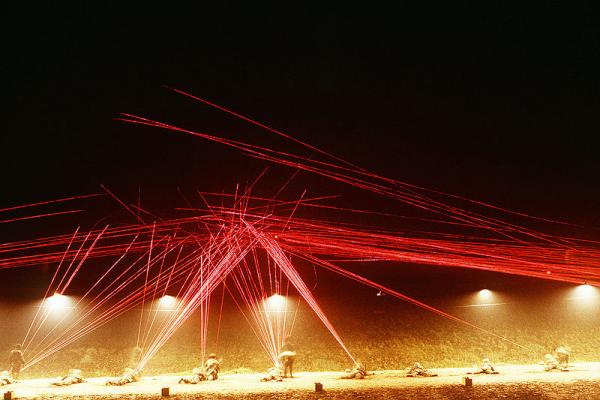 Source: environmentalgraffiti.com, The Deadly Beauty of the Tracer Bullet

Quote from American Marine diary about tracers during vietnam:

0200 hours - Heavier fire coming in. Never had seen green tracers used against us. In a way, kind of pretty to look at, red tracers going out and green coming in; deadly green.

A history.se question so far has indicated that in general, this colors were the most common on each side.

The actual answer is that they mirror the uniforms worn by the belligerents of the American War of Independence. 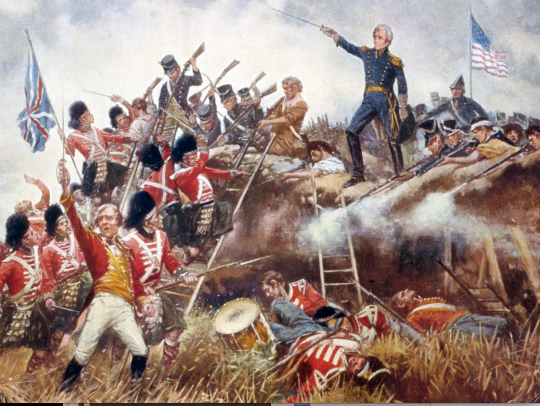 Not the answer you're looking for? Browse other questions tagged star-wars behind-the-scenes a-new-hope or ask your own question.

87
What is the reason that lightsabers have different colors?
63
Why are the colors reversed between some blasters and lightsabers of the Republic/Rebels and Empire?
20
Why did the clones' blaster color change?
9
Why did the colour of the blasters change between the Original and Prequel trilogy?

87
What is the reason that lightsabers have different colors?
63
Why are the colors reversed between some blasters and lightsabers of the Republic/Rebels and Empire?
31
Why do the Sith use red-colored lightsabers, but the Jedi don't?
27
Is Anakin's lightsaber the only one remaining from the 'Clone Wars' era?
3
Why do so many Jedi in EU use red light sabers
12
Why don't we see more lightsaber colors?
25
What was the color of Dooku's lightsaber when he was a Jedi?
7
What advantage did a red light saber blade have for Sith?