'80s book about kids stranded on a planet

A friend and I are trying to remember the title and author of a book we both read as kids in the 80s. It was about a group of students who go on a mission that's supposed to be some sort of survival test, but has been secretly taken over by their chaperone who has a secret agenda. The kids were eating some sort of protein bars that suppressed their hormones, until they ran out, at which point they paired off. Any help would be appreciated!

That would be "But We Are Not Of Earth" by Jean E. Karl.

Four students from Meniscus F on a mission to the far-away Sector 22 delight in the habitable but uninhabited planet they discover until they realize their pod mentor has no intention of allowing them to leave.

The survival part of the story sounds a lot like Tunnel in the Sky by Robert Heinlein, though there is no chaperone or drugged protein bars that I can remember. Though it has been years since I last read this book.

Well the hormone-suppressing food and chaperones is straight out of the radio drama Earthsearch by James Follett. It's not a survival test, and it's not a book. However, Follett also did a novelization of the same name. Given the words on the cover art, its clear it was derived from the BBC radio serial. 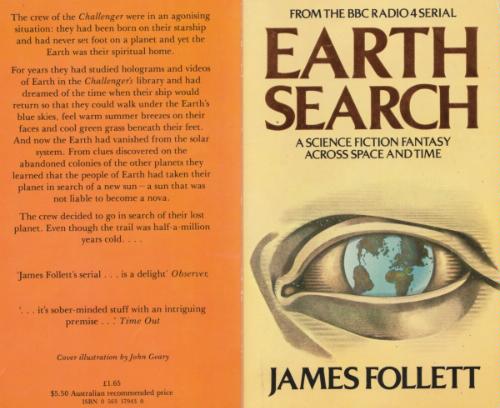 The plot of Crash Landing on Iduna included a food supply that caused those who fed on the provisions to be what was believed to be "normal size". But the food actually stunted the growth of those who ate that food.

Because the younger children had not had the same exposure to the stunting food, they grew up to be much larger than their older brother. This disparity in size was only revealed toward the very end of the book.

16
Story with student test to find a new world and bring back navigation data, teacher tried to persuade students to go native
4
1960s or 1970s children's sci-fi about several teenagers exploring (or lost on) an alien planet?

21
Looking for book - empathic/telepathic alien captured on distant planet, brought back to earth
10
Looking for a book with a humanoid alien group called the "Red Bar" (due to a scar across their butts) who fight against human marines in power suits
16
Story with student test to find a new world and bring back navigation data, teacher tried to persuade students to go native
17
Sci-fi book where a mutated insect's bite in space colony grants superpowers
8
Books about all adults turning into zombies
12
Title/author of novel(s?) about society where children learn alien languages?
10
Really weird sci-fi movie I saw as a kid
12
A book about explorers stranded on a planet with two computers
7
80s cartoon about a boy stranded on a planet