Why do some soldiers wear yellow uniforms?

Here we see the Launchies group with a couple of people dressed in yellow, while the rest are in white. 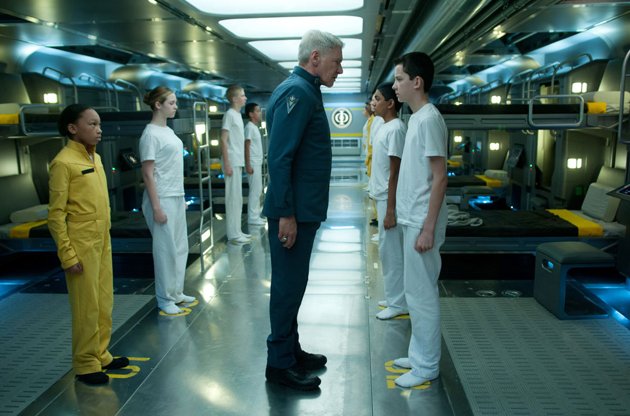 Here we see the mess hall with Ender and Petra in Salamander Army. In the background is a soldier wearing yellow. 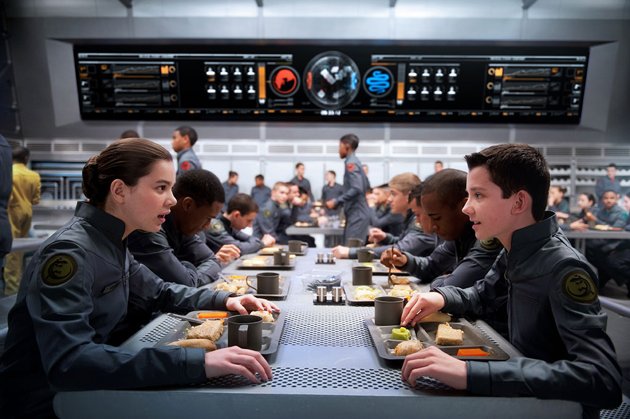 What is the significance of the yellow suit? If the yellow suit is for Launchies, why aren't the rest of the soldiers in picture #1 in some state of changing from white to yellow?

Both sets of clothes were auctioned shortly after the film was released. The yellow suits are identified by the props department as "Flight Suits" and the white clothes as "Night Clothes"

In the book, armies each had their own color combinations for identification. However, in the second picture, the shoulder patches seem to indicate three different armies (salamander, rat, and asp? Note the photos of army insignias on IMDB) all wearing the same uniform.

I suspect the yellow uniform is indeed what the Launchies wear before being assigned to an actual army. Note that Graff is there addressing Ender in public in the top picture; if I recall correctly, Graff largely avoided Ender during the bulk of his time during Battle School, so it seems most likely that the scene in question would have been right around when Ender first arrived.

The white outfits do not seem to be uniforms at all, but rather possibly school-issued pajamas or other sleep wear.

8
Why is Ender so shocked at the end?
2
Why doesn't Judge Anderson wear a helmet in Dredd
5
SciFi/Mystery Movie featuring soldiers kidnapped by orbs/spheres
24
Why does Andrew Wiggin introduce himself as Ender?
3
Why does Ender's launch group eat their first meal with everyone else?
52
1980s live-action movie where individually-coloured nations on clouds fight
5
Movie about space rangers fighting giant yellow bugs
4
Tomboy girl befriends some clockwork robot and has an older sister who's evil and brainwashed her to wear makeup
20
Movie where some soldiers go into a bunker in a city because of dangerous conditions outside