What are the tactical advantages to having a flying aircraft carrier? [closed]

Both Sky Captain and the World of Tomorrow and The Avengers have flying aircraft carriers.

Sky Captains and the World of Tomorrow's "Mobile Airstrip" 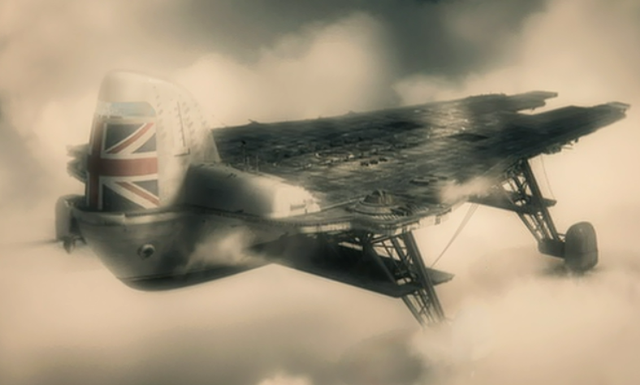 Furthermore, a number of these platforms have apparently been developed in real life. What are the tactical advantages (and disadvantages) to a flying aircraft carrier?

Aircraft carriers, flying or not, have the tactical advantages of A) being mobile which can present a fluid target instead of a static target and B) they increase the range of the aircraft based upon them by allowing the aircraft to launch and/or be recovered closer to their intended targets.

The enemy can't count on the carriers to remain in place between launch and recovery of the aircraft they employ which causes the enemy to constantly reconnoiter in order to keep tabs on them. Their mobility costs the enemy both time and assets.

The disadvantages are that the loss of a carrier can potentially doom the aircraft and the pilots based upon it if they are either aboard it when it is destroyed, or are out of range of another landing site due to either range or terrain when their carrier becomes inoperable. This is what happened to the Japanese carrier based aircraft employed at the Battle of Midway during World War 2.

I think that's all. Personally I think that one or two could be useful (once you can solve the fuel problem), but having a whole fleet of those would be counterproductive.

Based on the speed of the carriers they could be deployed anywhere in the World "at a moments notice".

fast strike teams of Spec Ops could use them as a base of operation. Airborne divisions could be dropped Down from them making bridgeheads anywhere and Thus negating terrain and static defenses.

It flies in from any direction, drops troops on Berlin end of war.

Öffcourse all of this is pure fiction as you would need insane abounts of fuel to feed the beast or some alternate source of energy that doesnt weigh much.

The other HUGE problem would be hiding the damn thing from radar.

Not the answer you're looking for? Browse other questions tagged vehicles or ask your own question.

5
Why are the cannons on a Snowspeeder angled inwards slightly?
10
What is the earliest instance of a motor powered flying vehicle?
7
What is the difference between an AT-ST and an AT-DP?