What does the blue elevator (?) in this picture refer to? 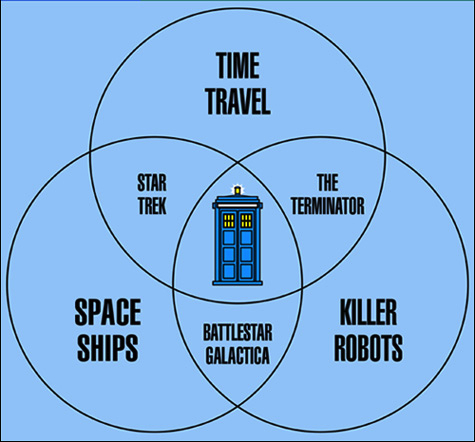 Can anybody tell me what the elevator refers to in the picture?

That's not an elevator, it's the TARDIS. Its external appearance is an old Police Box. It's The Doctor's (from the UK tv show Doctor Who) time and space travel vehicle. The Doctor has several killer robot nemeses, such as Cybermen and Daleks (edit: Per the comment, the Daleks aren't actually robots, but cyborgs). Those links should point you to much more information on the subject.

It's a UK telephone box for police. In the 50's and 60's (and maybe before) it was used in the same way that police would use radios now. That is, if they needed to contact base they would find the nearest "Police Box" which would have a telephone in it. It would also contain other items that would be of use to the police. For obvious reasons it is not seen any more in the UK. I remember, vaguely, seeing one alongside a motorway. But they are all gone now. There are a few similarly related telephone items about the place - but not many.

It looks like there are a couple of Tardis style police boxes still around. The photo below is from Earls Court tube station. It was actually erected in 1997 - and I think it has become quite a tourist attraction. I will be heading off there ASAP and taking some friends who have never seen a Police Box. :)

Here's a picture of the last one in London, in the style that most inspired the Doctor Who TARDIS. (courtesy of Loïc Wolff) 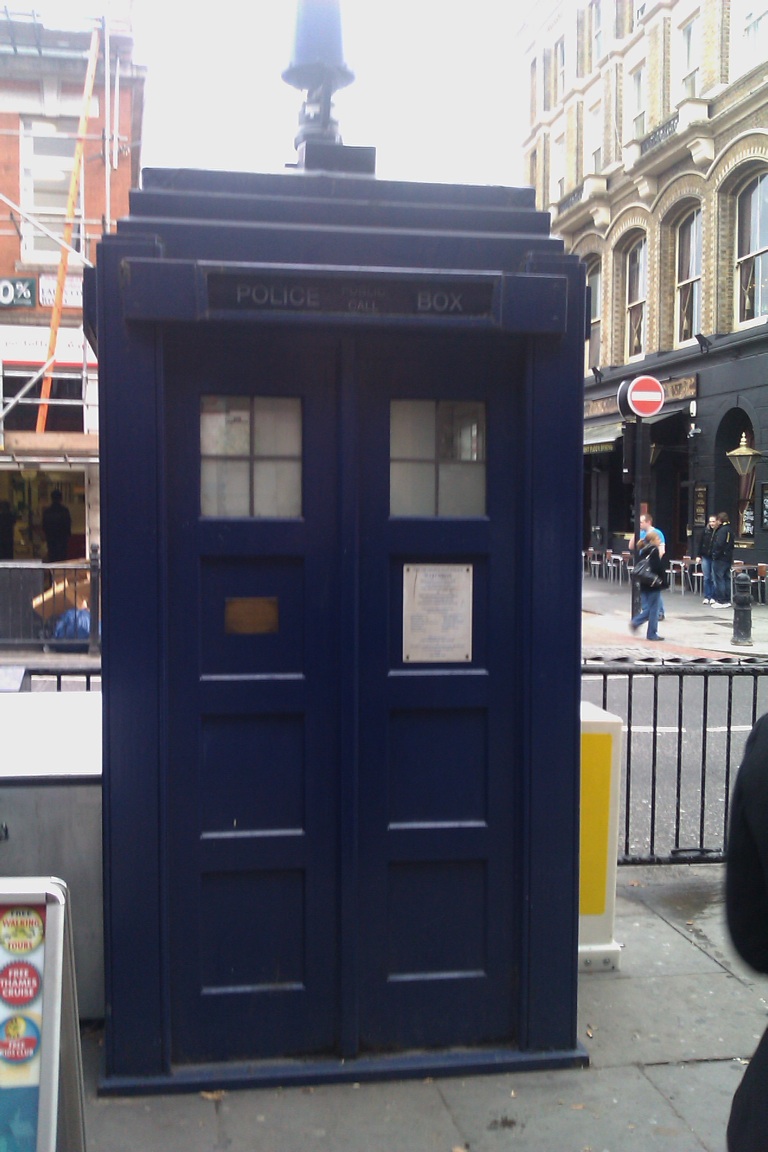 Christi notes: Edinburgh is the only place I've ever seen actual police boxes still around. They are a slightly different design to the ones in Dr. Who. 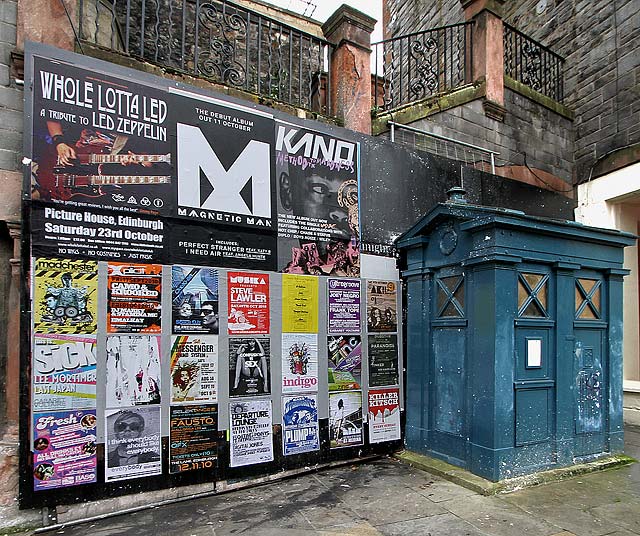 There were also police telephone posts: 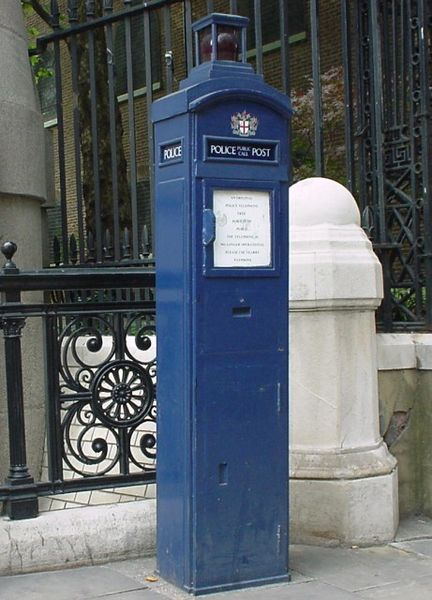 A real Police Box in use:

Actually - I'm reading that there is quite a few still preserved in Glasgow. Some seem to have been converted to "Coffee Shops". 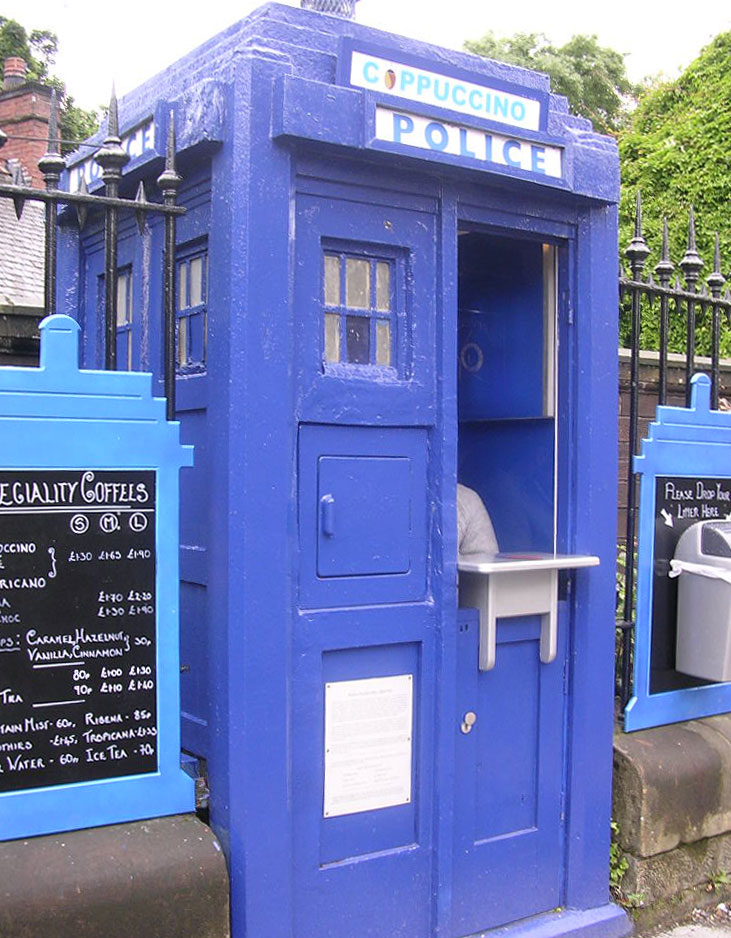 You can see here that it is blue - as we would expect. The funny thing is that Police Boxes in Glasgow were traditionally red and not blue.

Not the answer you're looking for? Browse other questions tagged doctor-who time-travel spaceship robots or ask your own question.

74
What episodes of Doctor Who should I watch first?

6
When was the picture of Amy and her baby taken?
21
Does the Doctor come from the future or the past?
9
What brand and model is Clara Oswald's motorbike?
7
Why did the paint behave this way in Hell Bent?
19
Short story about a terrible miscalculation on space travel
8
What does The Doctor's Speech in The Rings of Akhaten refer to?
5
What does this picture say in circular Gallifreyan?