Does Sarkhan Vol planeswalker die after the Eldrazi are freed in Zendikar? (MTG Novel)

I've not had the pleasure of reading Magic The Gathering (MTG) "Teeth of Akoum" Zendikar book yet even though its been around a few years now. I play alot of MTG and Sarkhan Vol is probably one of my favorite Planeswalkers, and I always wonder what has happened to him after he became Sarkhan the mad after Nicol Bolas sent him to Zendikar to await Jace and Chandra at the 'Eye of Ugin' where the Eldrazi had been trapped.

Im aware that the answer may contain possible spoilers, but as Nicol Bolas has the power to bring people back from the dead if he deems them worthy of further use in his master plan, I'm wondering if he would let Sarkhan die/remain dead if he were killed?

Edit: I should note that my prompts for asking this question is not out of laziness to read the book, as quotes from the books appear on the actual game cards as flavour text to give you a taste of the story line which has increased my interest in reading this book. Also, often game card's mechanics reflect events that happen within the story. Planeswalkers are god-like mortals (they have they power of a god and can teleport to other planes/dimensions, but can die if mortally wounded). This is reflected in the characters card by the ability to heal itself from injury, but Sarkhan is the only planeswalker that has no heal option, his only function is to eventually die if you use him, which is why I asked this question. 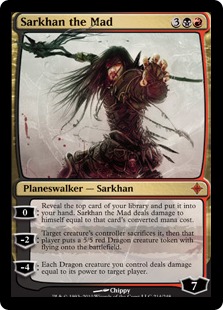 This is the card representing him within the novel (going mad) waiting at the eye of Ugin. The 7 at bottom right is his life and the 3 options down the left side basically kill him when used, normally there would be a +1 option (healing) so that he may live through the use of the minus options.

After scouring various web-sites trying to find this answer, and thinking of revising my question to include what I did know of Sarkahn while on Zendikar (from a few comics and from actual flavour text printed on the game cards them selves of which I have the complete set). It turns out while looking back at the comic short stories involving Sarkhan, the publisher had released a second volume of collected stories, one of which I didn't personally have, Which shows Sarkhan the mad (second version in the game) returning to his master Nicol Bolas and informing him of the titanic Eldrazi's release at the 'Eye of Ugin' (a mystical prison hidden within a mountain that constantly changes shape). So this answer would not have been inside the novel after all as it was printed as an additional to the current story arc of the game/novel. Below are are the couple of pages I have based my answer on. 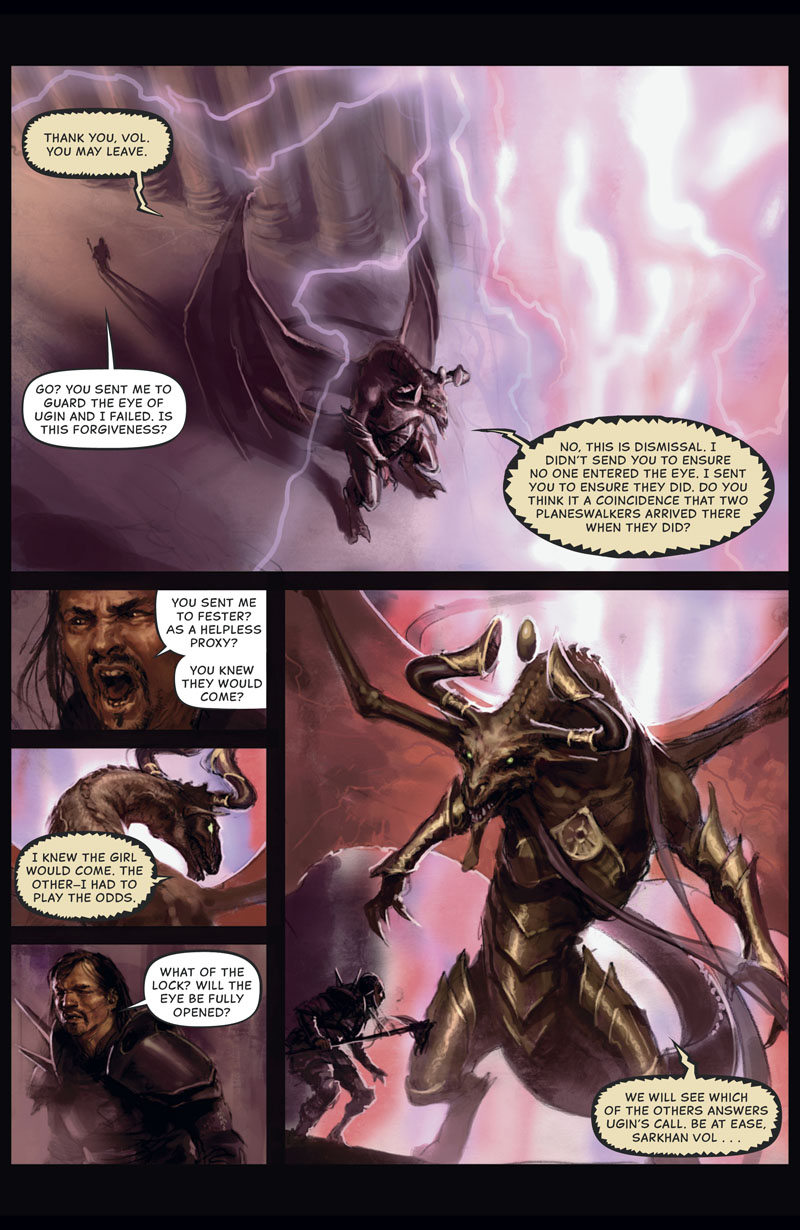 The above page shows Sarkhan being told he had completed his mission, and the next shows Bolas's other Planeswalker minion Tezzeret being brought back to life by Bolas, who earlier in the comic had told Sarkhan that birth and death are easily reversable if he sees fit, while quoting "Be at ease Sarkhan...I take care of my pawns" which I guess is the answer to my question, yes Sarkhan is alive still and one day in the game I may see a new version of him. 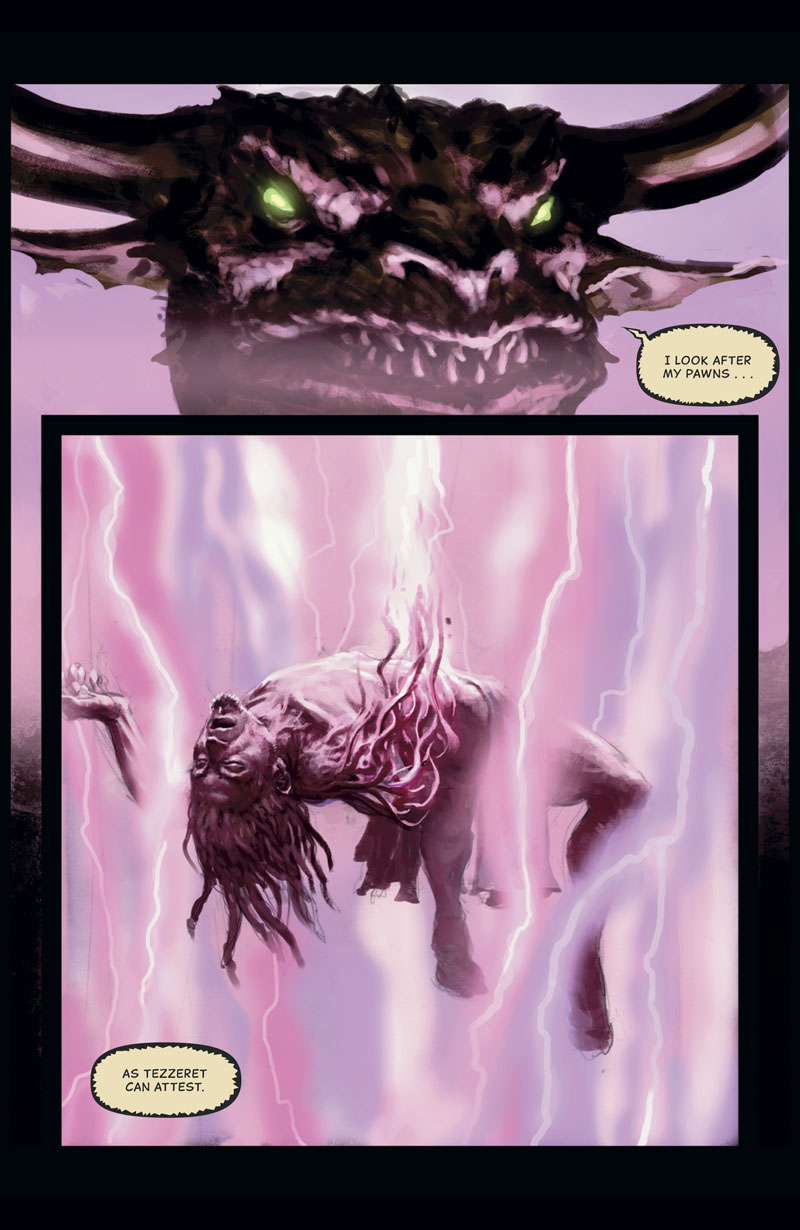 Not the answer you're looking for? Browse other questions tagged books magic-the-gathering or ask your own question.

9
Does “thrull” as in the name of the Magic: the Gathering creature type etymologically come from “thrall”?
6
Need help with finding a book series involving other dimensions
19
Pigs, mushrooms and bullets: everything you need to live underground, away from the mutants
18
Space fantasy novel - Human king, alien prince, telepathic plant-human hybrids
7
80s-90s Book (part of a series?) About Teenager Who Fights Greek Monsters
4
What are the rules of the Guildpact?
4
Dystopian novel about people die but houses still function and food cooks itself
4
Book or novel where the spirits of kings and heros are enshrined in statues. When an enemy approches, unknown