How did The Silence manage to stay undetected?

In Doctor Who, the Silence (from the Impossible Astronaut 2 parter) were able to edit themselves out of a person's memory. However, surely when a normal human saw one they would scream? And then wouldn't surrounding humans wonder why this person was screaming, take a look and scream as well until everyone realised they were there?

Also, if they've been around for so long, why haven't we seen them before, say in the episode where the Daleks are in the Empire State Building when its being built?

Seriously though, as we saw towards the end of the episode,

the captured Silence was recorded on a phone saying that the humans should kill them all on sight, which was then broadcast out to the population, with a lot of killing afterwards

We know that they can suggest behaviour, so it's not too far of a stretch to assume that before this event, they could suggest that a gun-holding human not shoot them when they catch a glimpse of them. After all, it's mentioned in the episode that they were the ones who suggested attempts at space flight in the first place.

Any screaming humans would attract attention, yes, but anyone who looked at what they were looking at would forget that anything had even happened. The ones that didn't see it would have to rely on these people to tell them why they were screaming, at which point they have forgotten.

If you want an out-of-universe explaination for the lack of Silence in previous episodes, consider that the Silence storyline was brought in by Steven Moffat when he took over as head writer at the start of season 5. The episode "Daleks in Manhattan" is from season 3. 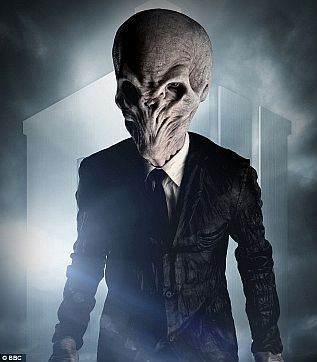 The Silence (singular: Silent) are quite alien in appearance, with a large grey head, no ears, no apparent mouth parts, humanoid, with bilateral symmetry. Their appearance resembles the alien Greys, common to UFO mythologies. This may not be a passing similarity. It may be the human mind's attempt to reconcile the existence of the alien presence on Earth.

The Silence would appear to have been using humans as a form of domesticated labor. This is quite interesting since humans are susceptible to the vocalized commands of the Silence and will perform the actions without an awareness of doing so and without memory of performing the acts. It is likely entire sections of the population have been conscripted into performing physical labor when required without ever knowing how, why or what they were doing.

The fact that no human can remember seeing them at all due to a series of psychic commands likely embedded in the human consciousness near birth to not register an awareness of the Silence whenever seen by them. This manipulation of human perception has been done on an unconscious level, so there are no humans walking about screaming all the time about the aliens among us. However, any creature with a brain similar to a human can be affected by the Silence as evidenced by the Doctor's being affected.

The perception modification is so powerful, that even a hologram of the Silence is capable of being forgotten by any human as soon as they stop looking at it. The human mind has been programmed to forget seeing the Silence, to not acknowledge it, when it is seen, to immediately forget it. Only with the effect of the TARDIS providing a mental buffer allowed the Doctor's and his Companions the ability to even be aware of them long enough to note their presence before forgetting them completely.

With that said, it is likely the Silence do have humans who are aware of them due to malformations/abnormalities in the brain that are not receptive to the consciousness-altering telepathic signal emitted by the Silence at all times. Such humans would exhibit such deviant behavior in the presence of the Silence that normally-affected humans would isolate or imprison that person, claiming mental illness as the cause of seeing the aliens which would actually be there!

After the Doctor's interaction with the Silence, humanity was exposed to a counter-message given by a member of the Silence which breaks the perception-filtering protocol and allowed humans, for a time, to both see the Silence, and remember them long enough take action against them. This action, while appearing commendable will only temporarily change the conditions by which the Silence interact with humans. The same way humans became aware of the Silence, will be the same method the Silence will regain their anonymity in the future. Televisions can transmit the vocal-manipulative elements of the Silence's powers, so they will retake the world (most likely retreating back to their invisible role) using television and radio signals, slowly re-tuning people to their Silence-unaware state.

This will likely cause the Silence to have to work harder to make themselves invisible again but judging from the efficacy of their ability to be hidden for almost all of human history, this is likely to be only a temporary setback.

In Episode 218a (When A Good Man Goes to War) Madam Kovarian wears an eyepatch called an Eye-Drive allowing her to see and remember the Silence. Since Kovarian is in a future period of Humanity, it stands to reason, the Silence remain an adversary of the human race. 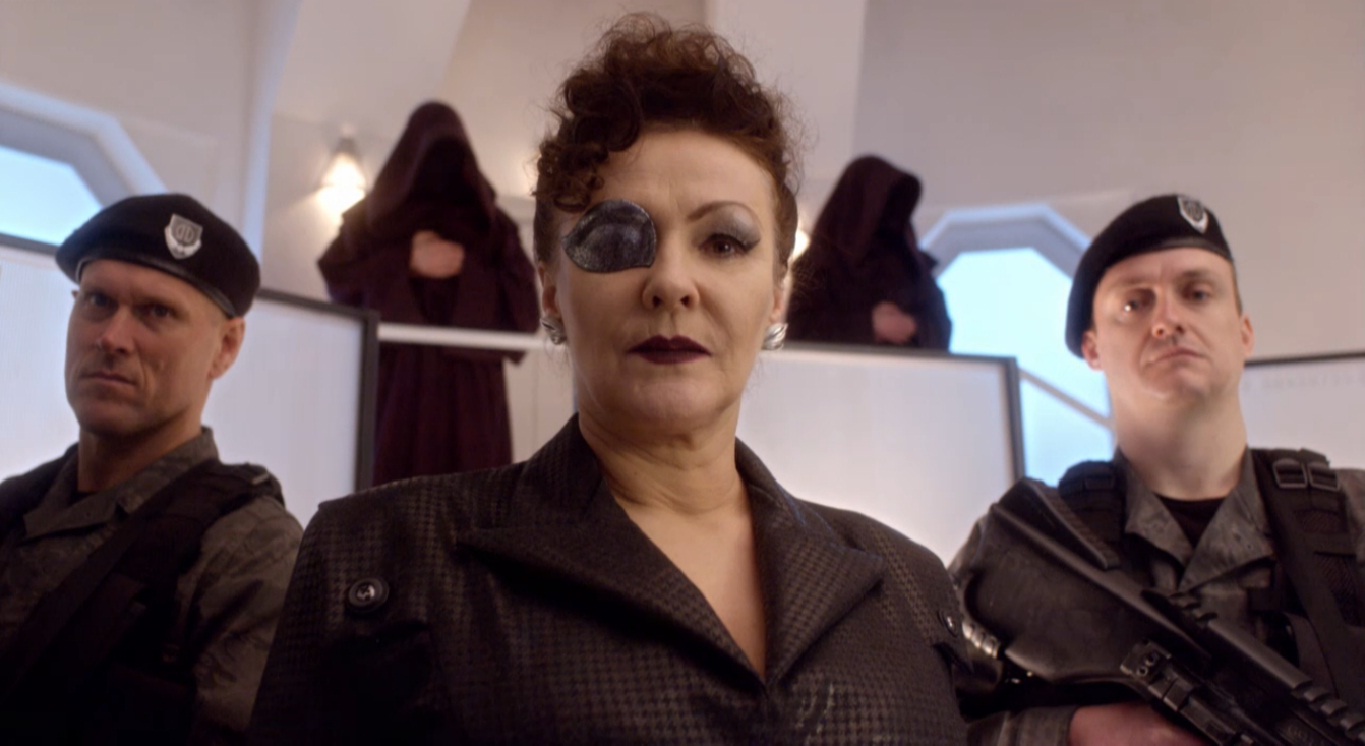 The primary ability of the Silence is to be invisible to human perception. This is not performed by bending light around them. Instead, human perception has been altered using their innate telepathic powers to simply be unaware of them, a full-time perception filter. This filter is quite powerful, allowing them to move unseen in human company with complete invisibility. The effect works across cameras as well, so no human seeing a Silent in a film or digital recording is any more aware of it, than if it were sitting across the table from him. This appears to be their primary defensive mechanism.

A secondary aspect of their power is their ability to communicate with humans and compel them to perform labor on the behalf of the Silence without the human being aware they are working on a project for the aliens. The entire event disappears from memory.

The third power is their ability to project electrical energy as a weapon capable of disrupting matter, damaging electrical systems, and killing human beings. How much energy is stored within an single Silent is a matter for debate. Attacking the Silence can only be done if a person is aware of them and can maintain that awareness. Humans equipped with Eye-Drives can repel an attack of the Silence as long as it is a small force of them. As a large group, the Silents prove to be a formidable enemy.

With such an impressive psychic suite of powers, the Silence are able to stay hidden because there appear to be very few humans who are able to be aware of them, and likely Humanity has been been bred and culled to be even more vulnerable to the perception-altering powers of the Silence.

Judging from their ability to affect the non-human Doctor, their psychic powers likely work on other aliens as well and this would imply they are as much a threat to other intelligences across the galaxy. The threat of the Silence might be far greater than even the Doctor is aware of.

People might not always scream. In the episode you reference (The Impossible Astronaut) the woman in the bathroom with Amy doesn't scream. She thinks it's someone dressed up in a costume and kind of laughs about it.

Even if a Silent were seen by a great many people, it's only a matter of time until they look away or the Silent walks/runs out of sight. And then it's not like anyone remembers.

9
In Doctor Who S6, who are The Silence, really?