Is there an older Doctor Who series?

I just started to watch Doctor Who, and the episode was said to be the 1st season.

The actor playing the Doctor is this guy: 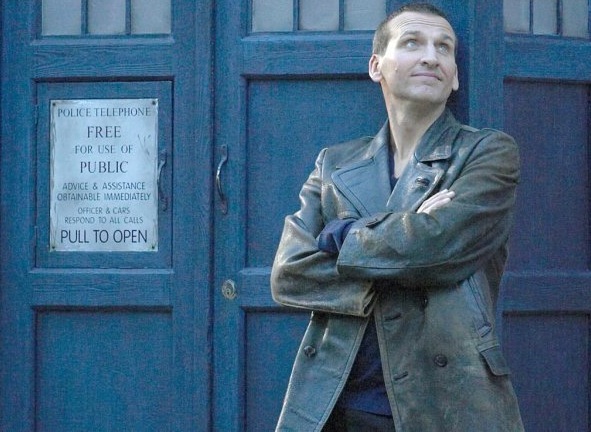 I discovered people in other questions on the site said something about a 2005 reboot. Is this the first one, or is there an older series?

That actor is Christopher Eccleston; he played the ninth Doctor Who, and was the first Doctor of the recent relaunch (I wouldn't call it a reboot, since they are generally continuing where the older series left off, although plenty certainly do) of the series. David Tennant and Matt Smith follow him.

In general terms, there are two Doctor Who series. The "old one" started with William Hartnell in the lead role in 1963, which he held for 3 years before the second Doctor, Patrick Troughton, took over. There's a very important facet of the series you must know: The Doctor is capable of surviving what would certainly kill most other beings, but in doing so his "old" body dies and he regenerates a new one (there's a funny line when David Tennant first appears where he runs his tongue over his teeth and says "New teeth. I'll never get used to that."). So you have, in total, 11 different and distinct Doctors over the years, each played by a different actor.

The "new series" picks up with what you apparently just watched, with Eccleston as the Doctor fighting an army of violent plastic mannequins. As someone new to the show, I do agree strongly with others that you watch this new series first; they take good care to explain everything from the old series you need to know, so while there are a few treats for fans of the old show (e.g. K-9 and Sarah Jane), you're not missing out on anything essential.

As for catching up on the old series, I wouldn't worry too much about it. Aside from the sheer volume of it (33 years!), it's as campy as old sci-fi gets, with the aliens being guys in bubble-wrap sleeping bags leaving cellophane "slime" trails. Of course, if you like campy old sci-fi, the original Doctor Who is the best of the best!

If you included all the series from the beginning, Doctor Who would have just finished its 32nd one, and "Season 1" would be number 24. You can watch only some of the older episodes (many were lost or destroyed or you have to go hunting for a VHS tape), and they were pretty much the same kind of story as the new ones, but without all the CGI and more puppets. :-) The Doctors in order are:

The Doctor is on #11, but he only gets 13 lives total. (His enemy, the Master, managed to override that though.)

And, although it is 33 years that the show was actually on television, as of this year it will be 48 years old.

Disagreeing with what others have said, I recommend watching at least some of the old ones.

Doctor Who originally ran for 26 seasons, from 1963 to 1989. I would definitely recommend watching as much of it as you can: sure, it may be 'campy', but if you expect cutting-edge CGI in the 1960s, you'll be disappointed.

Doctor Who had a very small budget, and so the writers and producers had to rely on strong stories rather than impressive visuals. For the limited resources it had, Doctor Who was a brilliant example of how to put together an engaging, well-written sci-fi tale.

I think the stories of the original series are superior to those of the later series by far: they're more intelligently-written, better-paced and don't rely on explosions and sad music.

For a television programme that originally ran for twenty-six seasons, it would be a mistake to disregard the original run of Doctor Who.

74
What episodes of Doctor Who should I watch first?
13
Which actors have played The Doctor over the years?

15
Who is the eye patch woman?
19
The TARDIS forcefield
48
What is the etymology of Doctor Who?
12
Are there different versions of Doctor Who episodes?
8
Was "Sleep No More" the first Doctor Who episode without the theme music and credits?
10
How is The Doctor seen by his people?
18
How were the Doctor's regenerations revealed to the public in the past?
24
How many hours would it take to watch all of Doctor Who?