What was depicted on the cup with the black liquid in the first scene of “Prometheus”?

The black liquid is seen in sacrifice scene. An Engineer opens the cup and consumes the black liquid, which disintegrates his body. There was some embossed image on the cover of the cup. It looks like a tree at first sight. Tree of life or some kind of message? Any other ideas? 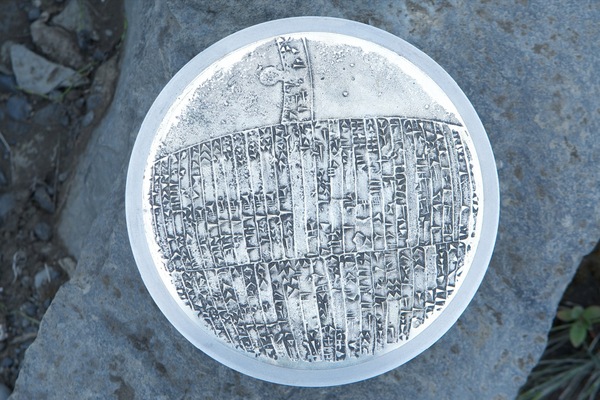 Perhaps this image is turned upside down. Another question is how to read this inscription.

TL;DR: This is just meaningless character chosen for their visual look.

As French is my native language, I'm able to translate the caption in the image linked on yakunins's comment, that seems to be scanned form the French version of Prometheus: The Art of the Film book: 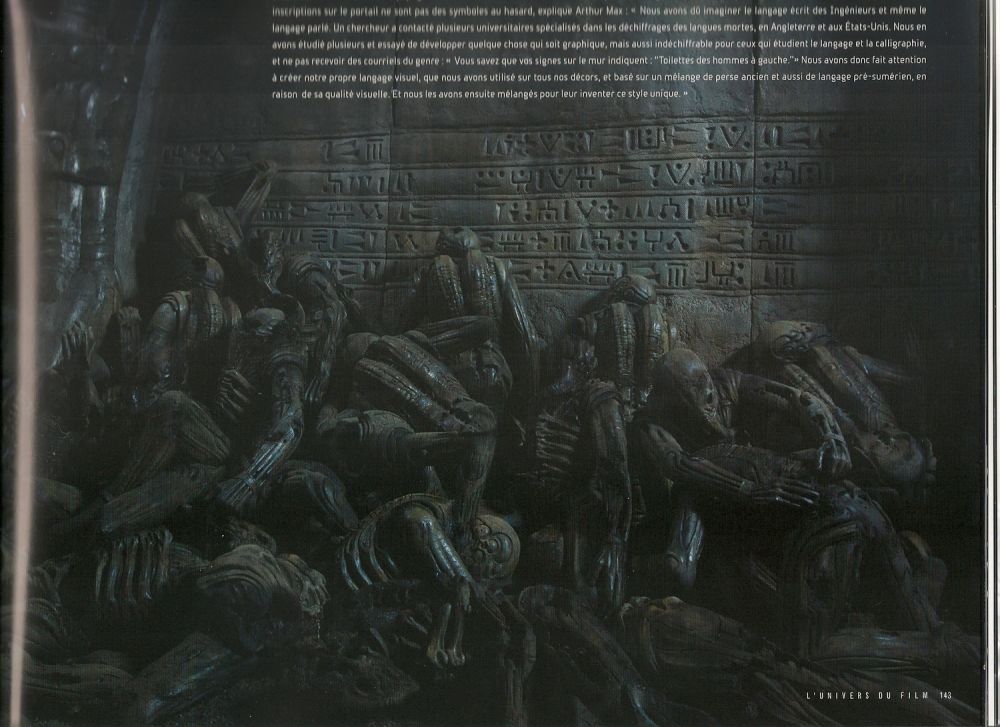 It says they created a visual language to use on all their sets by using characters from ancient Persian and pre-Sumerian. But since they didn't want to get email from people who study language and calligraphy saying that their signs on the wall indicate "Men's washroom on the left", they carefully mixed them to get this unique style and keep the language undecipherable.