When someone tries to fire Roland's pistol he nearly breaks his arm. Just what exactly does the book mean when it says "pistol"?

In the Dark Tower by Stephen King, Roland has a pistol. It is described as being quite powerful, and having an enormous kickback to the extent of nearly breaking someone's arm when he tries to fire it. So what exactly is meant by "pistol"? I don't think that's the normal reaction to firing a pistol.

weapon the-dark-tower
Share
Improve this question
asked May 6 '13 at 18:16 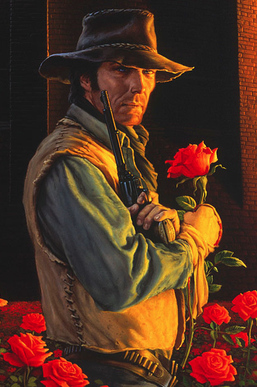 It is stated in "The Drawing of the Three" that Roland's revolvers are chambered in (or close enough to) .45 Colt caliber ammunition. As you can see in the image, Roland holds one of the "Big Guns", as they are nicknamed; the revolvers appear similar to the Colt Single Action Army pistol. 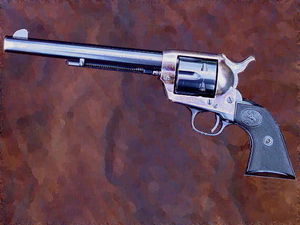 I speculate the reason for the uniqueness of these guns' power is due to the fact that the metal the guns where made of came from Roland's world's version of Excalibur. Excalibur, being a mystical object with inherent power, would impart additional force to the guns supernaturally.

First Roland's big guns may have mystical properties being forged from Excalibur itself. A mystical sword that increases the power of its blows. So it theoretically could increase the power of the bullets.

Second an untrained shooter firing a large caliber revolver (that has no mechanical way of absorbing recoil so your hand and wrist absorb it) could actually hurt their wrist ( part of the arm) by the extreme muzzle raise caused by recoil twisting their wrist in an upward motion possibly making them think they almost broke it. Also if the weapon rotates back far enough hyper-extending the wrist it could smash the back of the hammer into the forearm causing a lot of pain also making the shooter possibly thinking they almost broke their arm.

Lastly. The story takes place in a land where the laws of physics don't always apply and magic does.

The thing is, as with the inscriptions on the guns, it's hard to say what they would actually fire.

Ever hit a tree with a baseball bat? That mechanic, with enough force behind it, could break bones.

So firing one of Roland's mystical, inscribed, ancient revolvers, could easily break the arm of someone not from his world. It could also allow the guns to accept a cartridge they weren't necessarily made for.

If the rounds hit someone with the visual effect equivalent to them being struck with a sledge hammer, simple physics of our world say the guns would have to fire at least a .50 caliber bullet with enough gun powder in the cartridge to launch it at 2k fps.

The main problem is people trying to box the guns into makes/models/calibers of guns that exist in the real world, not Roland's world. Think outside the box and give King's universe a little respect.

Roland has two guns forged from a mythical sword, which means his .45 colt is putting out the same amount of power as a .600 nitro revolver. The idea is that Roland's guns are the equivalent of the most powerful revolver on Earth, the .600 nitro. 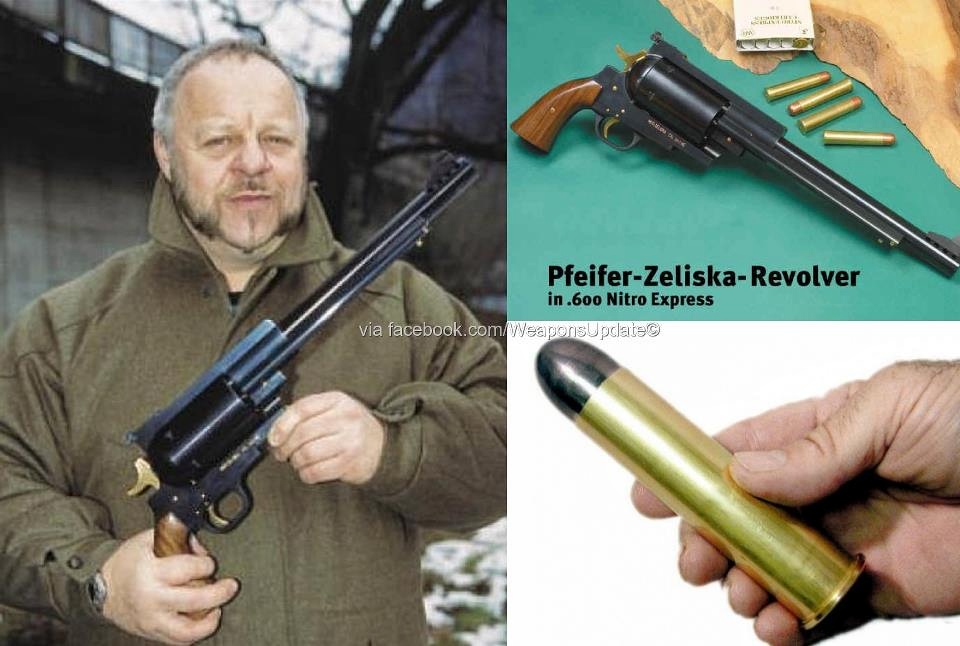 he swung the cylinders out

and single action pistols don't have craned cylinders. To my knowledge at least. Obviously suspending disbelief for sake of the story is in order.

It could be a newer colt, with swing out cylinders and cents. The guns have wood grips. If you are not used to shooting the guns, the recoil of even a 45 Long Colt would be enough to hurt someone.

In Book Three, he loads up on ammunition at a gun store on our Earth (during, I think, the 1980s). This limits the sorts of ammunition it might fire. Now, if it were .50BMG that could be quite powerful, but this isn't a handgun or revolver round at all (at least on our world). And it's about the biggest you could ever hope to acquire at a typical gun store.

If a revolver were made that fires this, it would be very heavy (most likely too heavy to wield with a single hand). But here it's inconsistent, since a heavy revolver would also lessen the kick from firing it... only if it were exceptionally light would the kickback be unreasonable (even then, it couldn't break an adults arm, just make their shoulder sore).

This part is speculation, but I contend that Stephen King knows little about guns outside of Hollywood movies, and was unable to tell a story where their qualities were consistent with the real world. He is known to be politically liberal and a gun control supporter, which in some circles is considered synonymous with being ignorant of the finer details of guns.

Here's something I found that might be capable of breaking an arm with kickback.

Another video demonstrating how much kickback it produces (skip to about 0:55s).

Please consider though that this round has very limited availability, and that the rifle that fires it was too light at 50lbs to fire safely... the manufacturer upped its weight to 100lbs. It could never be a handgun.

Not the answer you're looking for? Browse other questions tagged weapon the-dark-tower or ask your own question.

8
What does the inscription on Mjolnir exactly mean?
7
Are Roland's revolvers single-action or double-action?