What makes Titans so valuable in the Warhammer 40k universe?

Titans seem to be a marvelous piece of technology from the past, so advanced that they can no longer produce them. So the Imperium oft launches whole campaigns, sacrificing a lot of lives and resources just to get hold of a single Titan.

What makes them so valuable? As far as I have seen it, they don't use them to try to understand the technology involved, they acquire them only to be used in battle. However, the Imperium possesses equipment with much higher firepower, and a titan is a large target, and can be wrecked with a well placed hit from above, nuked from orbit, etc. As it is a lone target, maybe the only one on the whole planet, the opponents would surely target it from orbit as highest priority.

Maybe when they could be easily mass-produced it was worth it, but now, are their military capabilities really worth the time and effort to acquire them?

Ton per ton, a Titan has value on a number of levels that if rumors of a working one that is not in the hands of the Imperium should surface, all haste is made to get it. If it is in the hands of the enemy or the enemy is fielding their own Titan, every resource is made available to destroy it. Titans can turn the tide of battle so completely as to render infantry completely useless against them and only the mightiest of tanks have even a ghost of a chance to damage them. 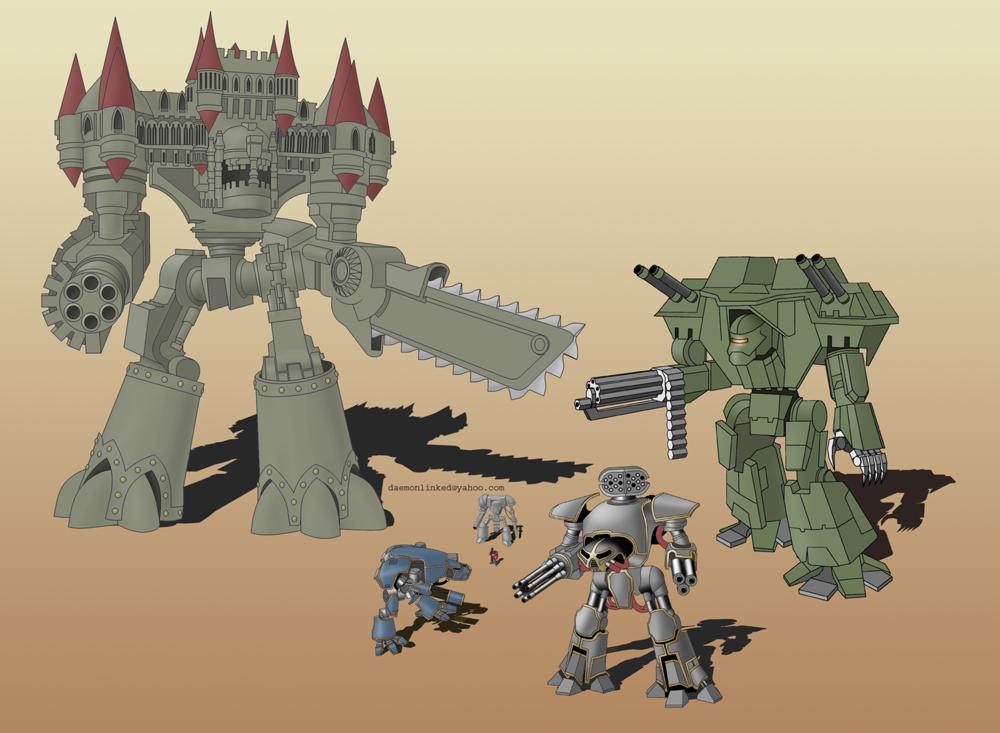 Various Titan Classes showing scaled to each other, with the Warlord being the middle of the range

Yes, there are Imperial weapons that provide devastating firepower coming from the Forge Worlds today. Some of them are quite capable of ruling most battlefields quite effectively. But none of them are LEGENDS from a time of the Imperium when Mankind waged war at an epic scale and ruled millions of worlds nearly without equal. These are the machines with which warfare was defined in a bygone age. They are still so amazing that even a thousand, two thousand years later, they can hold their own and even dominate modern battles. To a citizen of the Imperium, only the living, fighting Emperor himself could inspire more awe as they stride across the battlefield leaving devastation in their wake. What's not to love? 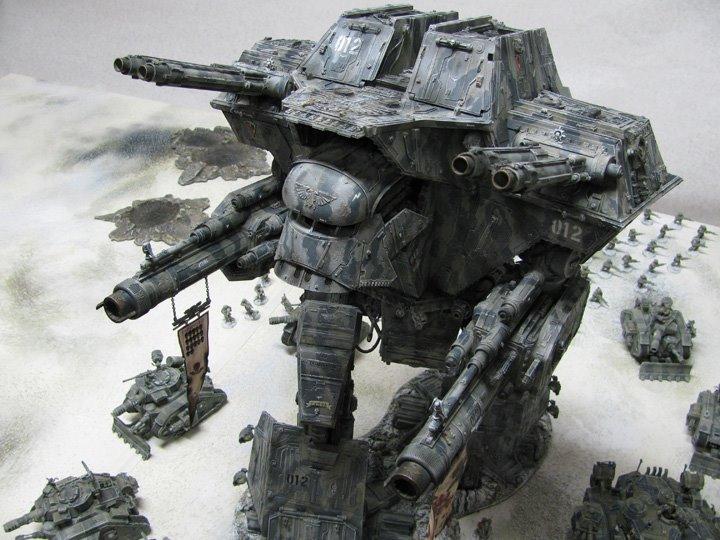 You mean besides the capability of obliterating entire armies with one shot from one weapon and being nearly indestructible and almost impossible to create?

Have you ever found an old toy you used to play with thought was gone forever? You no longer play with it as you used to but you cherish it when you happen upon it.

As far as hard evidence of their importance? I'd think it is in a similar category as STC designs. Technical goodies that they find that let the Imperium survive another day. It's just something that reminds humanity how awesome they used to be and gives them a pretty tangible reason to be dying by the million if the Emperor isn't quite done with his nap.

The Dark Age is all but lost to time, these are doorways to all that lost knowledge...but with war ending weaponry for doorknobs.

I remember reading somewhere that titans are still being produced but it takes years to finish just a part of it. Time also varies on what Type of titan is being built as well. The book I read was about night lords invading a forge world I think

user38174user38174
1
1
Add a comment  |
Highly active question. Earn 10 reputation (not counting the association bonus) in order to answer this question. The reputation requirement helps protect this question from spam and non-answer activity.

8
How can an Imperator Titan house a city on its shoulders when it's only 100 meters tall?