How long is the portal tunnel in Portal?

Just how long is the portal tunnel? By tunnel I mean the intermediary portion between portal ends through which you travel.

If it has no thickness and stuff that crosses the portal surface immediately appears on the other side then what happens if you push your hand against the edge (the oval glowing edge) of the portal? Think of pushing against the edge of a hole in a sheet of paper. I imagine that if it has a thickness and it's going to be small (really tiny) then you should get your hand cut in two.

Obviously, the full mechanic of portals is not implemented in the games - this is a question related to the "Portal" universe and not necessarily the portal games.

First, I made a quick search and found this image here (nothing interesting about the length of a portal on this site, but the image is interesting). 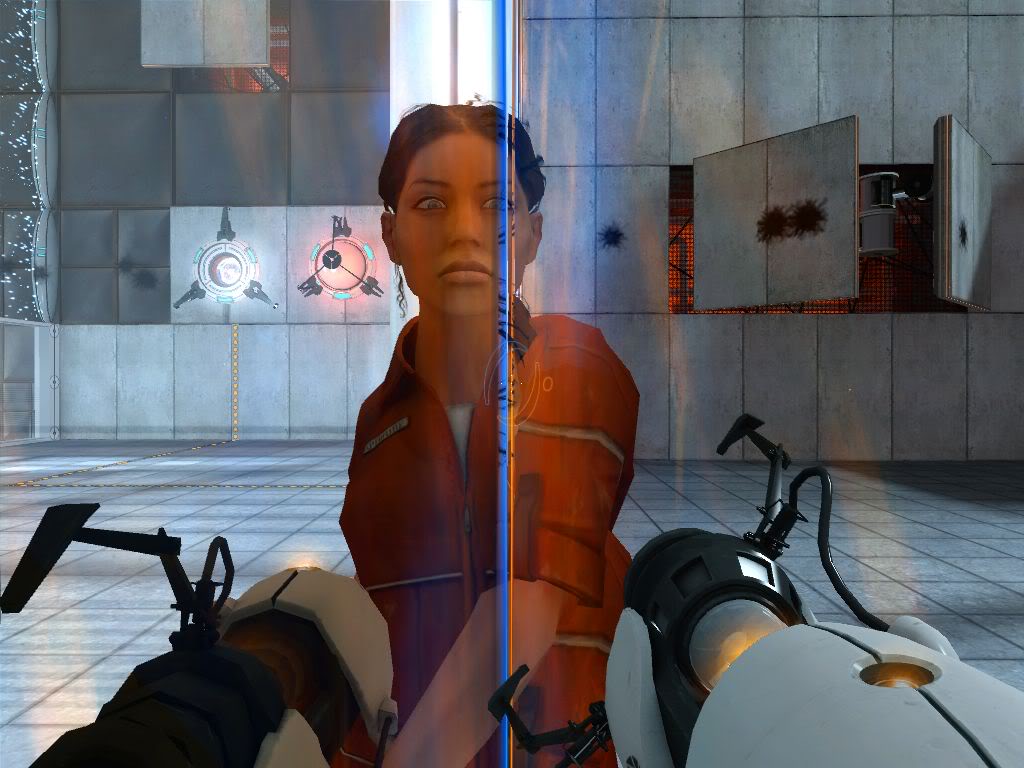 Then I made my own tests on Portal 2 (the first image come from the first game, according to Chell's outfit), the result vary as the surface and others factor change, but here are the 2 extremes I found. This image is taken form the middle of two portal perpendicular to a mirror. I took my screen-shots by positioning 2 portals side be side and entering one of them on the side, facing the other. As you could see, the perceived thickness of a portal could vary from several inches to almost nothing. 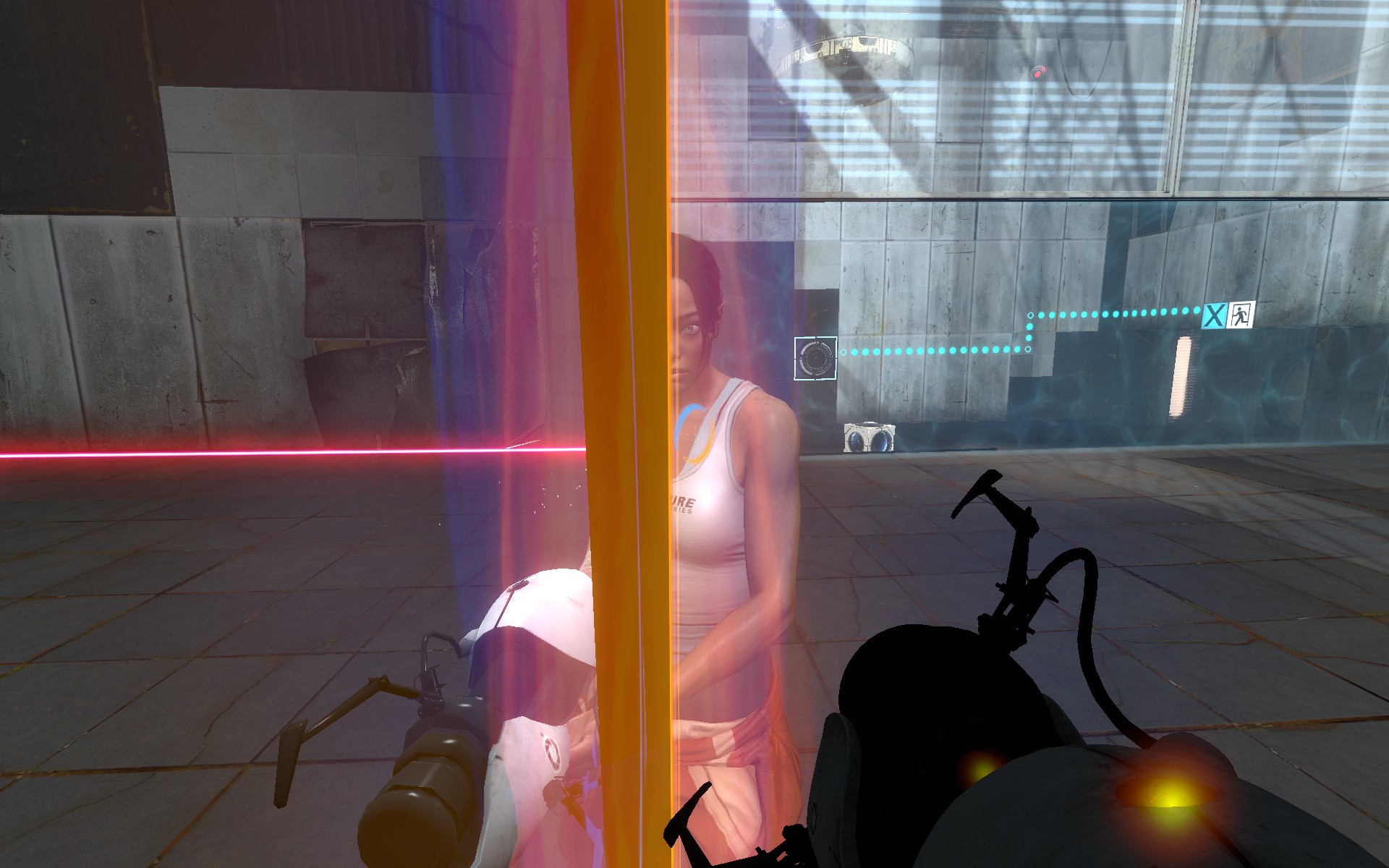 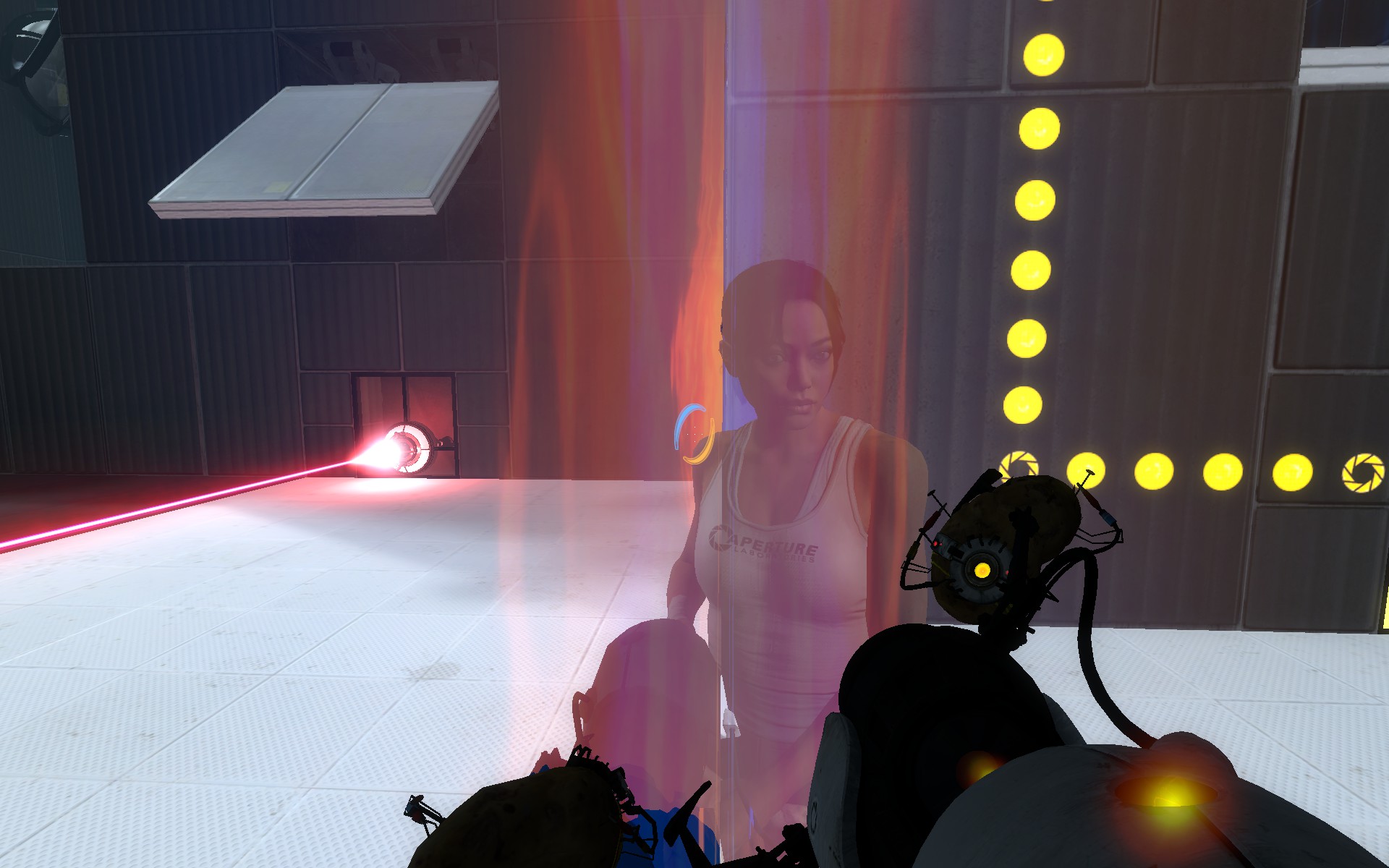 I don't think you could cut something on the edge of a portal because of it's fuggy edge. But, there is not way to know exactly how it would react if one directly interact with it. When I try in the game to go forward or backward, in the position were the screen-shots are taken, Chell is simply blocked as if she hit a door frame. It could react like some kind of force-field or it could simply close the portal at some point. I wish I could test it more deeply, for science!

I imagine that if it has a thickness and it's going to be small (really tiny) then you should get your hand cut in two.

Even more so if it has no thickness.

But the game (at leas the first one) has a feature (switchable in the settings, but on by default) that "nudges" you into a portal if you're moving (falling) towards it but aren't aligned perfectly and would hit its border.

In-universe, this can be explained as a gravitation-like force that pushes objects from the edges of the portal inwards. It would have a gradient, so when pushing against the edge, you would encounter gradual but very strongly increasing resistance.

Not the answer you're looking for? Browse other questions tagged portal or ask your own question.

12
How was Chell picked?
6
What are the clues that could indicate who are Chell's parents?
29
What is the link between the Portal series and Half-Life series?
18
How did Chell end up at Aperture?
5
Does it occur to GLaDOS that the Black Mesa incident was a great achievement?
11
In the “Portal” games, what personality traits do the cores represent?
6
What are the requirements for a portal from a portal gun (in Portal/Portal 2) to form?
11
What exactly happened to GLaDOS after Portal?