How did they know where to point PathFinder?

How did he know where to point it? The last communication between Voyager and Earth dates back almost 2 years (Message in a bottle), and Voyager had received a few jumps and boosts on the way. I feel it's basically impossible that it was pointed at the correct position.

Message in a Bottle (4x14) happened about half a year after The Gift (4x02), when Kes bumped the ship across Borg space, bringing them about 9,500 light years closer to home.

Given the importance of the Borg, the Doctor's debriefing in Message in a Bottle would likely have included this encounter. Additionally, Voyager was far closer to home than it should have been, so events in The Gift would have been included in the debriefing.

Given all the unknowns still hidden away in the galaxy (Iconian gateways, the Traveler, tricksters, spacial trajectors, and so on), that Voyager has already met such forces firsthand (both the Caretaker and Kes), and is now trying to seek them out for help, it seems likely that Starfleet would have kept this possibility in mind during the Pathfinder project, projecting a range of space they would likely be in, given the course Voyager was going to take.

And as we would expect with this information, during Pathfinder Barclay redirected the micro-wormhole numerous times before it opened near enough to Voyager for Seven to see it on the sensors.

He probably started at Voyager's most likely positioning (probably, where they should be if limited to only Warp drive), then each try was to a less likely location (closer to the Alpha quadrant, which would have required some sort of help).

Assuming this is not a case of writers not being up on the script and show specifics (which happened several times during the run of Voyager) the show attempts to set up the possibility of effective communication with several foreshadowing events. It is unfortunately likely the writers/producers did not take previous episode information into sufficient account. Some hand-waving is necessary. 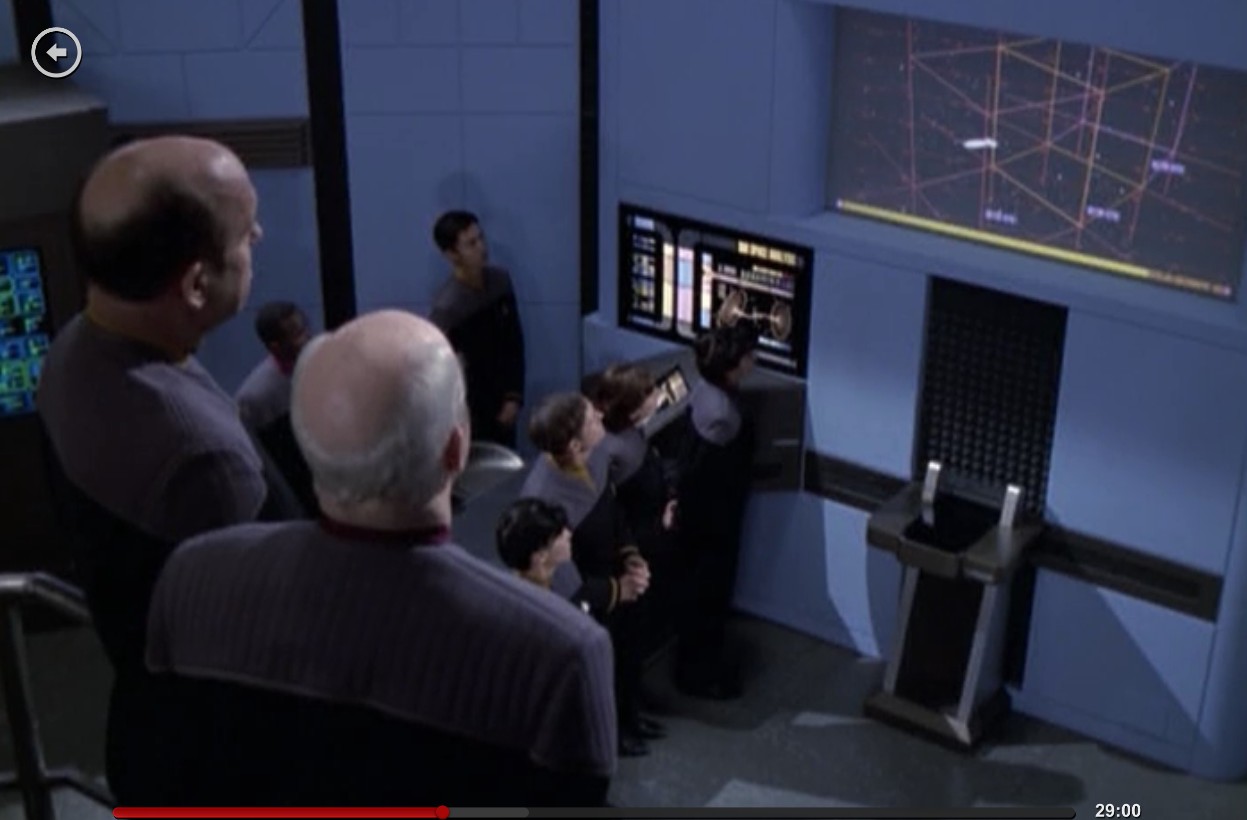 The second foreshadowing occurs a few seconds later when the commander continues with,

"As you know we've been working with the Vulcans on the deployment of the Midas Array. Though we are still in the testing phase, we think it won't be long before we can use this technology to send signals at 'hyper-subspace speeds', a message that would normally take years to reach its destination could be received by Voyager in a matter of days."

"Assuming they are still on course for Earth, we have established a likely course of trajectories. Estimating an average warp speed of 6.2 and accounting for various astronomical obstacles, we can reasonably assume Voyager is in one of these three sectors."

Even if Voyager were supposedly far from their estimated position, the singularity/wormhole was able to be detected by Seven of Nine in her highly specialized astrometrics setup designed for long-range scanning and the emergency beacon was clearly able to be distinguished and recognized by Voyager's crew.

Was there a degree of luck? Absolutely. But Barkley had also spent a significant amount of time knowing the limitations of both Voyager's technology and the Midas Array and had obviously compensated for the difference in location using the more advanced communication methods.

Was there the possibility of a mistake due to the miscommunication of writers? Very possibly, but the show was made with sufficient wiggle room to allow for some degree of fudging between episodes. It is unfortunate this episode is a lot less accurate than most.

As there do seem to be some issues with the writing of some episodes; the best thing I have come up with that they could have worked with is that the Midas array created a wormhole that was fixed position on one end but variable on the other (as indicated with Barclay's comments about directing the wormhole toward different locations).

These trajectories would have had to span 30,000 light years or so but the Barzan wormhole apparently does that (lets ignore the laziness Voyager's season 3 episode involving said wormhole and that the Ferengi were stranded in the delta quadrant about 200 light years from the prior gamma quadrant terminus per TNG dialog).

The series had already established that wormholes can move around, so given this, Barclay's initial attempts should have been to use that to scan for where Voyager actually was (even if it took the computer a lot to sort out the mess of data it got back through the wormhole in either an active or passive scan). Lets assume it would only work right if you know what you are looking for.

32
How do the Vidiians know what a Vulcan is?
7
How did they know which O'Brien was the original?
26
Why would people know how to hand write in Star Trek?
6
How could the Duplicate Voyager crew not know that they were duplicates?
4
How did Sulu know where one is being beamed from?
0
When did they ever go where nobody had gone before?
18
How Does Neelix Know About the War?
4
Why didn't they recreate the Wormhole in Pathfinder Episode