When did the original Melody Pond regenerate into her Mels identity and what caused the regeneration?

In the episode A Good Man Goes To War the Silence take Melody Pond as a baby, and in Let's Kill Hitler she is tan and in the form of Mels before she regenerates into her current form.

What caused her to regenerate from her original form to Mels?

We aren't told. When we last see her as a young child, she is in a back alley. She indicates she is dying (possibly from being shot by Amy) and with a burst of regeneration, the scene ends.

She could have also been sick from living on the street, she seemed little more than a ragged orphan at that moment. 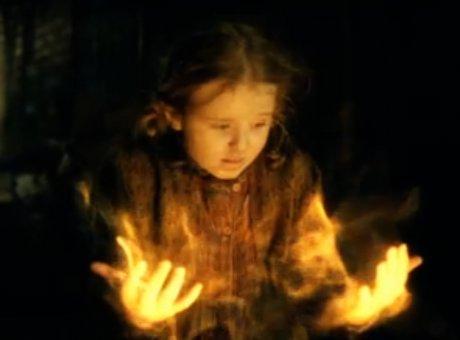 When we next see her, she is hanging around with her parents Amy and Rory as children. We are not told how she ends up in school with Rory and Amy. She appears to grow normally from that point on, in sync with Amy and Rory and appears to be close to the same age as they are.

We are lead to assume somewhere in there, she was being brainwashed and conditioned by the Silence and that her conditioning was able to survive her regeneration into the adult River Song identity.

Not the answer you're looking for? Browse other questions tagged doctor-who river-song or ask your own question.

16
Why didn't Melody Pond know who River Song is?
7
When was the picture of Amy and her baby taken?
4
Why was River Song arrested?
7
How did Vastra and Jenny meet?
10
Who came up with the name Melody Pond?
4
Did Caitlin Blackwood appear in “The Time of the Doctor”?
7
Are Time Lords vulnerable or invulnerable during regeneration?
0
Is Lorna Bucket actually Melody Pond AKA River Song?