Is Kobra in Batman Beyond an homage to G.I. Joe?

Several episodes of Batman Beyond feature an organization called Kobra with the obvious snake motif and a desire to extort the city if not conquer the world. Is this organization an homage to Cobra in G.I. Joe? 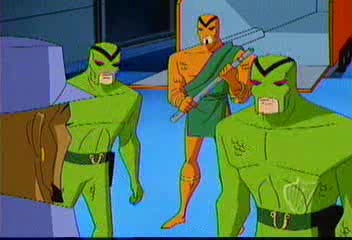 No, the original Kobra agency in the DC Universe appeared in 1976 in DC's "Fangs of the Kobra." The Kobra agency was adapted for the Batman Beyond Universe.

Kobra is an evil scientist and international terrorist, leader of the world-wide Kobra Cult. They work to destroy the world by bringing about Kali Yuga, an age of chaos. He has been a member of the Blackadders and Strike Force Kobra. His twin and arch-nemesis is Jason Burr, although Jason becomes his successor following Jeffrey's murder by Black Adam. Kobra was created by Martin Pasko, Steve Sherman, Jack Kirby and Pablo Marcos, first appearing in Kobra #1. (1976) 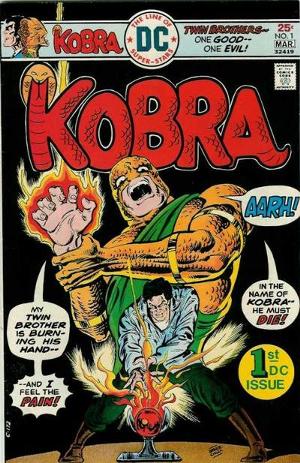 Cobra Commander made his first appearance as a toy in 1982 and did not appear in the comics until 1986.

Cobra Commander is a fictional character from the G.I. Joe: A Real American Hero toyline, animated series (including the 1985 and 1989 incarnations, the Sigma 6 and Renegades series), comic books, video games, and movies. He is the supreme leader of the terrorist organization Cobra, and is the principal antagonist and archenemy of the Joes. The character was created by Marvel Comics writer Larry Hama.

Snakes are a popular motif in comics because there is also Hydra, a Marvel Universe terrorist organization whose name is a reference to the Lernaean Hydra. Its agents wear distinctive green garb with a serpent motif. They have been lead by Baron Strucker and whose primary agent was a woman whose codename was Viper.

Not the answer you're looking for? Browse other questions tagged dc dc-animated-universe batman-beyond gi-joe or ask your own question.

3
What is included for canon for the new Batman Beyond Unlimited comics?
7
In DCAU / Batman Beyond, what happened to “Silver” and why was Batman working alone during that time?
1
What is the source of this information about Batman Beyond and DCAU?
6
Why didn't Cobra-La take more direct action at the end of the Ice Age?
1
How old was Bruce Wayne in Batman Beyond?