Short story/novella similar to the game, Black and White

I read it a short story/novella a few years ago and I think it was fairly recently published. If anyone has played the black and white series of games the story read a lot like one of them.

A man is transported to another world to become the god of a tribe. The world he is transported to has many gods that take care of the people by providing for them the protagonist decides to give his tribe the knowledge to make things themselves instead of just giving them things (he gives them the knowledge to farm instead of just making food appear etc)

The protagonist brings a woman back from the dead and makes her an undead worshipper so she only provides a minimum amount of prayer power.

Each god has a creature that is an avatar of their will or something like that the protagonist has a humanized unicorn for a creature.

There's an evil god that wants to control everything and his creature is a giant maggot.

The gods were actually summoned to the world by a technologically advanced race to be servants until one of them broke the bindings on them.

story-identification short-stories
Share
Improve this question
edited May 20, 2014 at 6:55 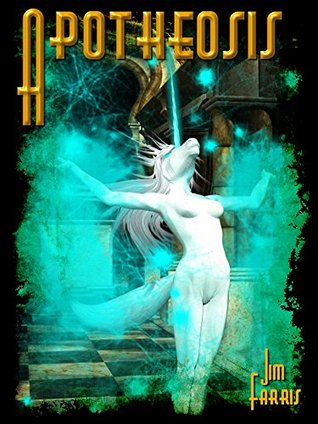 A dying man is summoned from beyond the grave through sorcery, and finds himself in another world, in another universe. And finds he has become a god. Yet, as he explores his new world, The Land, he learns that he is not alone. There are many gods, they have been at war for millennia, and the people of The Land have suffered and died in this war since time immemorial. He vows to save these people, and end this war no matter what the price. But that price just may be his own immortal soul.

4
Story with VR worlds for the wealthy
26
Story about a man who keeps getting old and going back in time to give his younger self some guidance
9
Identify story/novel: Tribe on colonized planet, not aware of this. "Taboo," altitude sickness, robot guardian (60s? Young Adult?)
15
Short story/novella: Ship sling shots around a spinning black hole
15
Short story where the hero quotes "Full Fathom Five Thy Father Lies" while having an underwater adventure
4
Manga where the MC is a saint and transported to another world with another girl but is cast aside and almost killed
3
The Mc gets abandoned by the goddess and gets a black system for himself