Why does Geordi La Forge's VISOR see a wide subspace spectrum and not just visible light?

In Star Trek The Next Generation Geordi La Forge was born blind and hence was given a special device called a VISOR that "converts a wide spectrum of subspace frequencies into neural impulses" so he can see. But every so often Geordi will speak of how frustrated he is that he can't see a sunset or other things the way regularly sighted people do, so why did the people who invented his VISOR not simply give it the ability to see visible light OR give him a visor that has the option to switch to visible light mode? We humans need to see visible light on a day to day basis but we don't need to see subspace with our eyes in order to live normally!

Your description of the VISOR technology is incorrect. He does not see into subspace, but his range of electromagnetic awareness lets him see signals far beyond human sight.

Referenced from Memory Alpha we are told:

The VISOR, acronym for Visual Instrument and Sensory Organ Replacement, was a medical device used in the Federation to aid patients who had suffered loss of eyesight or who were born blind. The VISOR detected electromagnetic signals across the entire EM spectrum between 1 Hz and 100,000 THz and transmitted those signals to the brain through neural implants in the temples of the individual via delta-compressed wavelengths. (TNG: "The Masterpiece Society") The result was a vastly different visual acuity, with VISOR-wearers able to see in the infrared and ultraviolet ranges and beyond. To normal Human eyes, the images relayed through the VISOR could seem disorienting and unfamiliar. (TNG: "Heart of Glory", "The Enemy", "The Mind's Eye")

The VISOR is perfectly capable of seeing in the normal visual range, but the interpretation of the signal is different than how the normal visual cortex processes the image. Since LaForge was born blind, his visual cortex was not available to process the images. So images are interpreted by his brain differently so visual images seen by normal human through his VISOR are disorienting.

His vision is not just as good as yours or mine, it is superior in its range and processing but he does not see it "naturally" and I believe this is what he is talking about when he complains about his vision. His range of visual acuity is mind boggling when you see exactly how wide his range of visual awareness is. Acuity in the terahertz radiation range gives him the ability to see through materials or an awareness or their atomic structures. Note the tiny range of visible light in the diagram below. 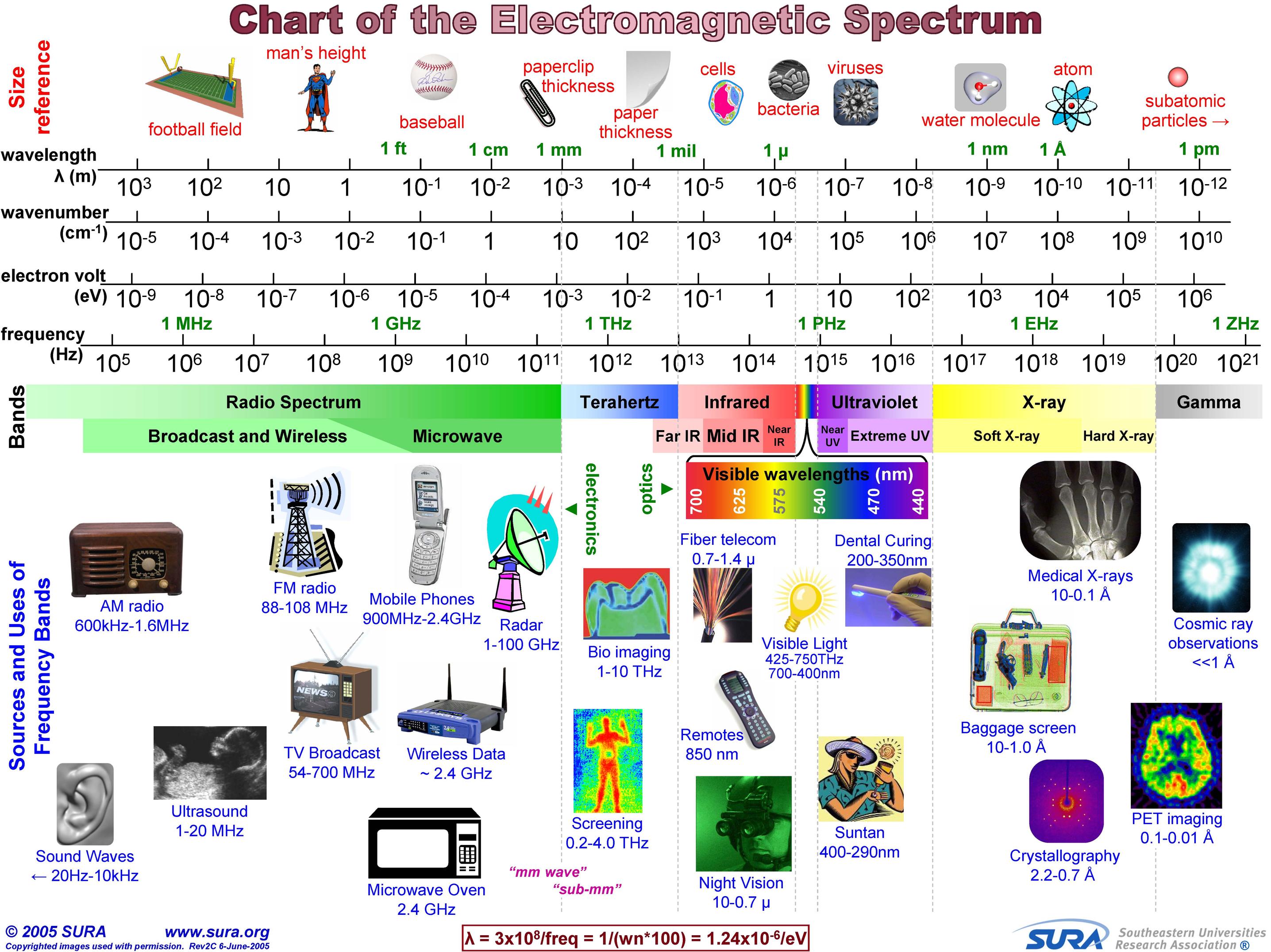 4
Could Geordi's VISOR pick up sound waves?
8
Was Geordi's VISOR capable of displaying only the visible spectrum?
6
How does Geordi read and work with numbers?

13
Who can see better: Geordi or Data?
7
Does a ship appear disabled just by shutting its power off and if yes why isn't this used more often?
6
Why does a phaser sometimes vaporize organic matter and sometimes not on a maximum setting of kill?