Did Peter take the pictures from the very first issue, or was the ploy introduced as the series unfolded?

marvel meme the-amazing-spider-man
Share
Improve this question
asked May 26, 2013 at 6:47 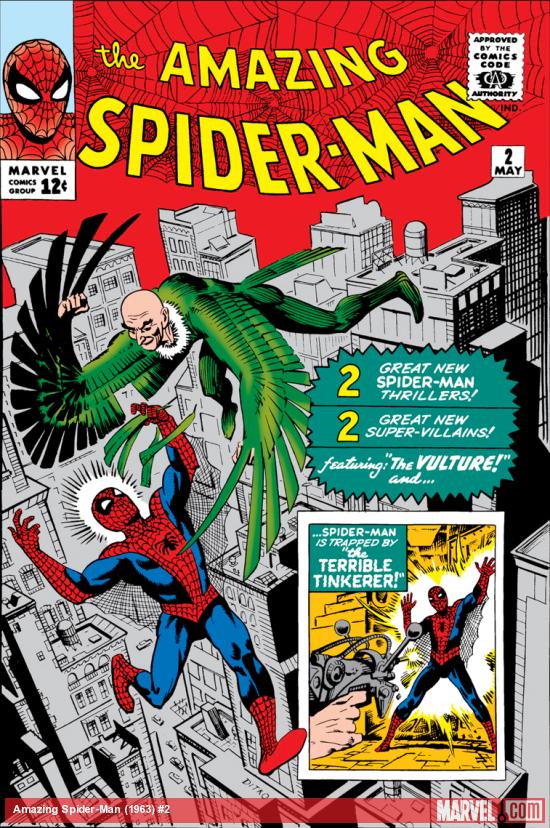 The Vulture, in his 1st appearance, begins a crime spree, which culminates with the theft of a diamond shipment. Spider-Man defeats the Vulture disabling his wings with a device he thought up from their earlier encounter in that issue. Peter Parker begins selling photos to the Daily Bugle.

The Vulture decides to next rob the Park Avenue Jewelry Exchange when Spider-Man sees him. He starts taking pictures but is spotted by the Vulture. They fight briefly before the Vulture flies away. Peter takes his pictures to Jameson who is impressed by the photos. The Vulture tries to trick everyone by attempting to rob the Jewelry Exchange from below rather than above (as people would expect). Spider-Man's spider-sense goes off and he's able to capture the Vulture. Having more photos of the Vulture and the fight with Spider-Man, Peter is able to sell them and earn more money for Aunt May and himself.

Not the answer you're looking for? Browse other questions tagged marvel meme the-amazing-spider-man or ask your own question.

11
Is there an in-universe explanation why nobody traced Spider-Man via his purchase of Oscorp Biocable?
8
Why didn't Spider-Man gain natural spinnerets with his initial powers?
19
In Spider-Man's story line, is there any other newspaper except the Daily Bugle?
11
Why can Cindy Moon (Silk) produce organic webbing while Peter Parker can't?
4
Why is Spider-Man's web different between the original and Amazing Spider-Man movies?
22
Why does Peter Parker sell pictures to J. Jonah Jameson if his competitors pay more?
2
Did the Radioactive Spider Bite Give Earth-616 Peter Parker Muscle Definition, Like in the 2002 Raimi Trilogy?
23
Has Peter Parker ever received any awards for his photography?
12
An episode from Spider-Man animated series (1994-1998) in which he has a dream sequence or an hallucination about being an actual spider