I've been trying to remember a movie I saw when I was very young for a few months now, but haven't been able to find anything based on what few details I remember. Here's what I do definitely know:

I had thought it may have starred Tim Allen, which in turn led me to Galaxy Quest, but that doesn't fit. Unfortunately I can't be definite about any other details that I may think I remember; I've seen a lot of science fiction movies in the eighteen years since so there's probably a lot of merging aspects of several of them. However, I'm hoping that the details I do definitely recall will result in somebody else remembering it.

story-identification movie
Share
Improve this question
asked May 30, 2013 at 13:22

I'm pretty certain that this is Suburban Commando starring Hulk Hogan and Christopher Lloyd and released in 1991. 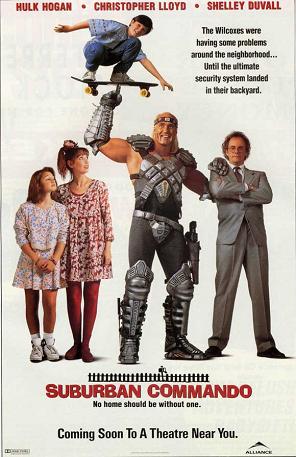 Hulk Hogan is a warrior who crashes on Earth and ends up living with Lloyd's family. Of course, hilarity ensues.

The villain is General Suitor who is, of course, disguised as a human - but when he gets angry, turns into a creature that looks an awful lot like The Creature From The Black Lagoon.

I don't recall the specific scene (probably tried to block it out), but someone in this thread mentions a scene similar to the one you recall.

Suburban Commando: when Gen. Suitor gets sucker punched in the balls, he turns into something of cross between the Creature from the Black Lagoon and Predator. 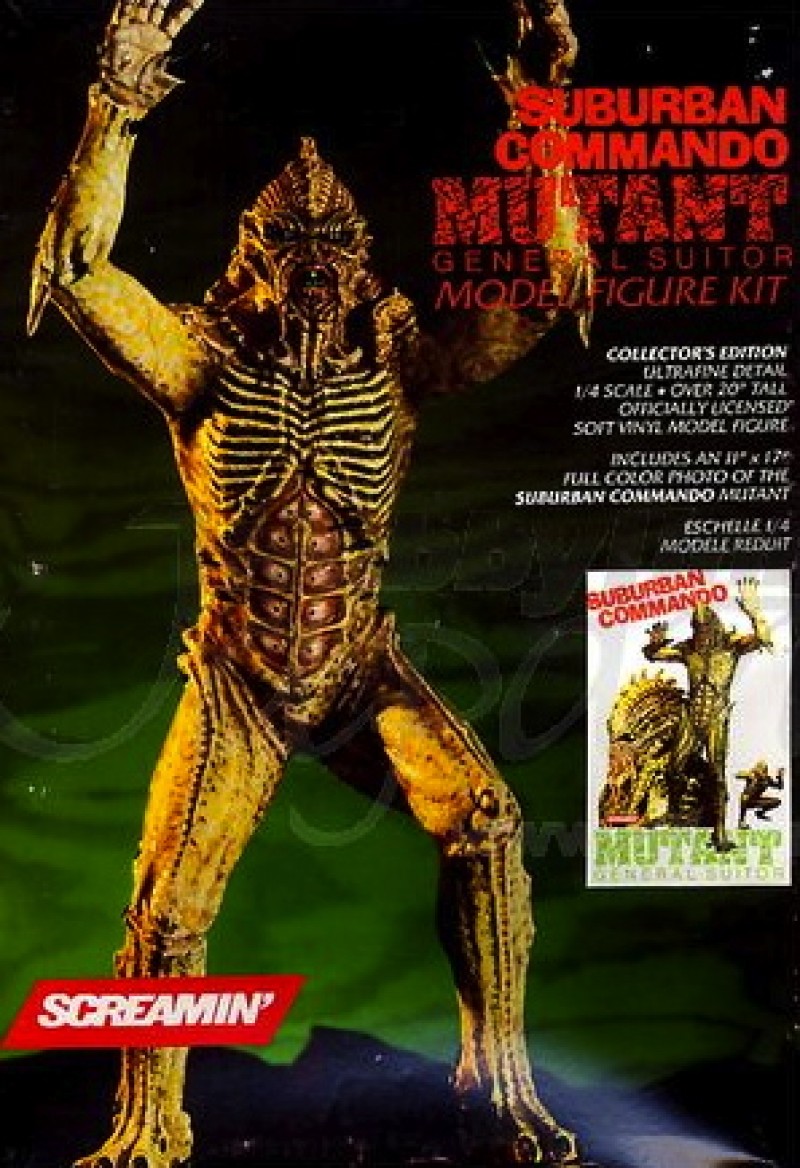 Other than that, more details could be given, enemies, etc...

9
Movie Identification: Humanoid Monster/Alien in a bed, 80s/90s, Sci-Fi/Horror
9
Cartoon movie set on Mars, human kids with alien pet
16
Early 90s sci-fi movie very similar to Star Wars with lightsabers and laser guns
5
Seeking alien invasion movie
7
Sci-fi movie identification: on TV in early 2000s or earlier - cannibal alien family
8
What is this 50's or 60's "alien invasion" movie
7
80's alien movie: young boy finds and protects a glowing alien green rock which becomes his friend
13
Trying to ID a movie I watched in the '90s, featuring a spaceship with a logo showing a star being held between the thumb and index finger of a hand