Fantasy series about the rise of a magical/clerical sect

I'm looking for a fantasy book series I read ca 2000 (IIRC, it was unfinished then).

Also a reach, but this reminds me of Katherine Kurtz's In the King's Service, the first book in her "Childe Morgan" trilogy, and one of the 16 novels set in the Deryni universe. 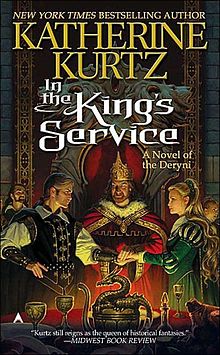 Note that I read this and the other two books in the trilogy together, so I may be mixing memories across the trilogy as a whole.

The Deryni are (maybe) a special race with psychic/magical abilities. A couple of centuries before this book, Deryni had overthrown the king of the country followed in the series (Gwynedd), and ruled in their stead. A group of Deryni found the rightful human heir to the throne, killed the latest Deryni king (not a good guy), and reinstated human rule. Unfortunately, there was a strong backlash against the Deryni, and they are presently considered less than human (the church believes they don't have souls, or at least are damned).

However, the line of human kings was given access to Deryni powers, and the current king wants a Deryni companion to help his heir access those powers and learn to use them.

The story covers both the general history of the kingdom over the course of 5-10 years, and the events in the life of Alice of Corwyn (Alaric's mother).

There is a fair amount of river travel, though I can't recall an island of great significance.

However, the main reason I mention it is a drowning following a masked ball. I do not remember for certain if the celebration was actually a masked ball, but a Deryni child (the king's bastard son, though no one but he and the mother know that) is drowned in a well (suspended from a rope, and lowered in head first) - and a priest is involved.

Has just enough similarity in that part at least to be worth mentioning.

The story centered around political events in a kingdom and capital, and the rise of a magical/clerical sect.

Not a perfect fit, but perhaps an amalgamation of several plot threads? The series has a backdrop of political events in the kingdom called the Commonwealth and the city Nessus, seat of the Citadel and de facto capital.

There's not a rise of a sect per se, but there are several sects in the story. Notably, the main character Severian belongs to the Guild of Torturers (which is neither magical nor clerical), the female clerical sect of the Pelerines who worship a Messianic figure called the Conciliator, and a pervasive religious cult surrounding the coming of the "New Sun" common to the entire society. The Commonwealth is ruled by the Autarch, who is surrounded by a personality cult.

I vividly remember the first book dealing with a group of brothers taking a long voyage down a river, and stopping at a 'mystical' or forgotten island

This could also fit several subplots in the series, although none of them feature brothers.

There was also, later on, a masked ball at said capital where someone was drowned

In the third book, The Sword of the Lictor, Severian works as a lictor, or bodyguard/executor, in the city of Thrax (so not the capital of Nessus, but still a major city). He attends a masked ball, and receives the order to execute a female guest by drowning. (Spoiler: He doesn't do it, but jumps into the water himself.)

Note also, since you referred to "the first book", that the four-book series has been released in two volumes as well, called Shadow and Claw (containing The Shadow of the Torturer and The Claw of the Conciliator) and Sword and Citadel (containing The Sword of the Lictor and The Citadel of the Autarch). 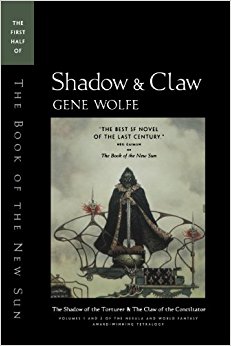 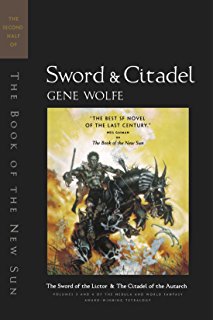 19
Fantasy novel about a magical conflict spanning the world
13
YA series about magical cats which have some kind of ability that involved seeing strings
6
Fantasy series about a disabled protagonist
4
Book series about a paraplegic?
4
Fantasy book from the 1980s or 1990s about the rise and fall of empires
0
Fantasy book with magical tattoos
6
YA novel series involving “magical” student warrior
5
Fantasy book series, a young boy finds a book which contains a passage in it that when read gives him like magical powers
9
Fantasy book trilogy about painting